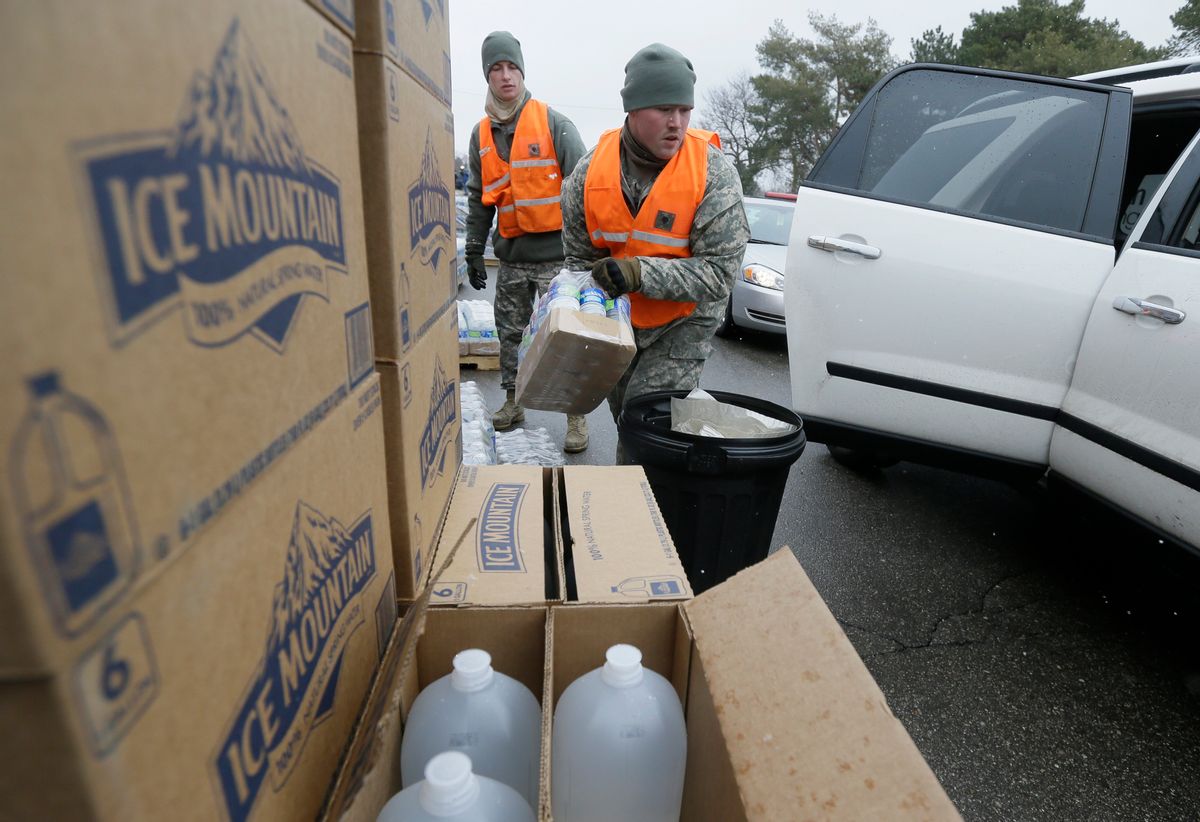 The FBI is the latest agency to join the Flint water crisis investigation, after weeks of public criticism over the Environmental Protection Agency's conduct with respect to the probe.

The statewide investigation into the Michigan city came after revelations the drinking water became contaminated with lead in April 2014, while under the control of a state-appointed emergency manager.

Gina Balaya, a spokeswoman for the U.S. Attorney's Office in Detroit, told the Detroit Free Press that federal prosecutors in Michigan are "working with a multi-agency investigation team on the Flint water contamination matter, including the FBI, the U.S. Postal Inspection Service, the EPA's Office of Inspector General ... and the EPA's Criminal Investigation Division."

Balaya confirmed the FBI was investigating wrongdoing late Monday, after being questioned whether there were ethical considerations in the EPA's involvement, especially as its regional director resigned over the Flint scandal.

The man-made catastrophe has left an unknown number of Flint children and other residents poisoned by lead, resulting in a federal emergency declaration and a class-action lawsuit against Michigan Gov. Rick Snyder.

After the city temporarily switched its water source from Lake Huron to water from the Flint River in 2014, officials failed to administer anti-corrosive agents set by EPA standards, and toxic lead began to seep into the city pipes.

Last week, Michigan Attorney General Bill Schuette named a special prosecutor to examine the case as possible intentional tort. However the existence of a criminal investigation could lead some witnesses to exercise their Fifth Amendment right against self-incrimination by declining to testify before congressional hearings.