Altman's tale of the "Replacement Party" campaign foretold the rise of Trump, Sanders and party disrupters 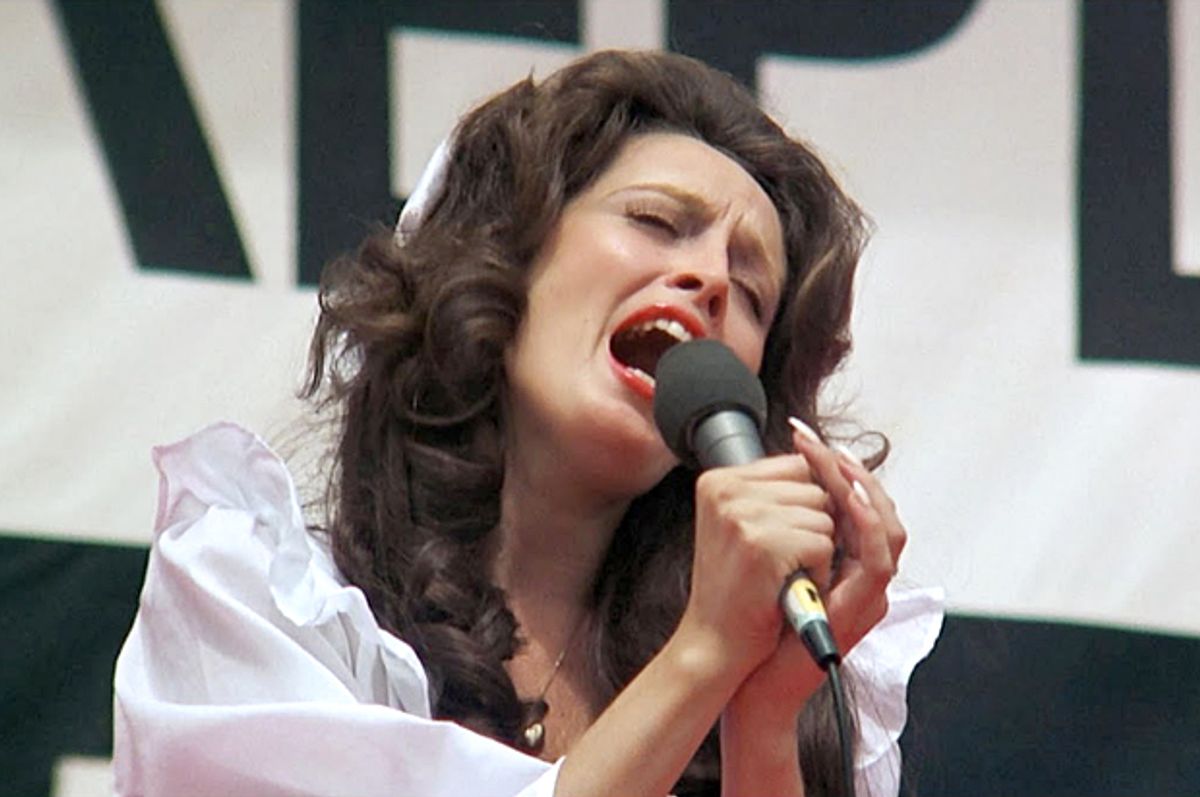 This dialogue is 41 years old, recited by a newscaster, covering the crucial and fictional Tennessee primary in Robert Altman’s 1975 masterpiece "Nashville." In the film, Walker, candidate for the insurgent Replacement Party, has hired a car mounted with loudspeakers to spew his rhetoric around Music City at top volume. The car is a virtual member of this teeming cast. Walker’s platform bludgeons. Among his controversial policies: abolishing all lawyers from Congress, changing our national anthem, abolishing the Electoral College and taxing the church. Every out-there proposal seems to give the candidate increased momentum. Again, sound familiar?

“Even those who pay close attention to politics probably saw Hal Phillip Walker and his Replacement Party as a bit of frost on the hillside… now summer is heavy upon us and the frost is still there. Perhaps we should take a closer look,” the newsman comments, “… Hal Phillip Walker is not going away…”

If you are anything like me, and you’ve been following the primary and caucus season every day, via cable news or social media for three to five hours a day over the past year (I write with it on as white noise), you might want to take a closer look at the late Altman’s noisy, wry, tense and brilliant American epic. Walker began his political campaign with the support of a gaggle of college students (during a nutty commencement address), à la Bernie Sanders, and his unforeseen rise and promise to roll into town like a new sheriff is, of course, very Trumpian, but "Nashville" proves that when it comes to an election year, as David Byrne says, it's the same as it ever was.

What President Obama has more than once called “the silly season” is something that may just require a work of prescient fiction to put it into context — and let’s face it, make it a little less disturbing. It’s easy to hide inside "Top Chef" or "Empire" if you really need a break, but while functional, these respites don’t seem as medicinal as "Nashville." It’s hard to laugh at what we’ve seen and heard over the past year, but "Nashville," passionately lauded by influential critics like Pauline Kael and Roger Ebert when it was released, and now residing in the National Film Registry, is pure catharsis to those who can’t quite take their eye off America because they don’t quite understand what the hell is happening to it — and perhaps a little bit of what Elvis Costello called a deep, dark truthful mirror to those who are certain that they do.

As with many Altman films, "Nashville" meanders from enclave to enclave of eccentric and chattering characters, never silent but always arresting before we are forced to let go: singers and pickers both talented and famous, and talentless but aspiring (most memorably Henry Gibson’s Haven Hamilton, evangelicals, demagogues, cynics, hipsters (including a hunky Keith Carradine, a funky Shelly Duvall and a young, mute, chopper-riding Jeff Goldblum), a British tabloid journalist (Geraldine Chaplin) and Walker’s cynical canvassers, played by Michael Murphy and Ned Beatty, who would hit the prescient-'70s-film Daily Double with an unforgettable scene in the following year’s "Network."

Watching Walker’s ground men try to amass support from the insular Nashville music community, it’s hard not to hear certain real-life candidates over the years dial up their Southern accents and down-home pantomime over the years. “They have a real grass roots appeal,” Murphy acknowledges, as he patiently manipulates the city’s suspicious power brokers in their cowboy hats and glittering Nudie-style suits. “They’re the people that elect the president.”

When the film was released, there were some who felt that Altman, already a Hollywood institution, was making fun of the South. Some audience members were insulted, and the film can still polarize. But like the "Monty Python"/"SNL" Beatles send-up "The Rutles" (1978) or "This Is Spinal Tap" (1984) — both classic, music-driven satires — Nashville’s music (and every other scene seems to include a number) is rendered with at least a noticeable measure of affection and a real feel and respect for the culture. The songs, many by '70s pop singer/songwriter Richard Baskin, are uniformly believable and hummable, feel-good, patriotic, nostalgic ballads or stomps. And Keith Carradine’s melancholy “I’m Easy” was a genuine hit. Lily Tomlin's number with a large choir in an early scene, and the film’s unofficial theme song, “It Don’t Worry Me” (“You can say that I ain’t free but it don’t worry me…”), are more than just deliverers of verisimilitude — they're genuinely moving.

"Nashville" seems even more haunted by the state of America than we are today, which provides yet another bit of sweet relief. Altman’s camera often lingers on the red, white and blue and the reverie of the upcoming Bicentennial as well as the pall of Watergate, the Kennedy assassinations (still) and the ascent of terrorism permeate the film. American violence is everywhere, ready to explode. It’s oddly soothing to be reminded that, you know, it’s not just us. The country of our elders was also a crazy, potentially catastrophic, duplicitous and power-jockeying realm … and we’ve been denying it with saccharine show business cheese for all time as well.

So while you are glued to the returns and the anchors and the shock and shtick these next few weeks, perhaps you want to find time to watch or rewatch this film. It’s nearly three hours long (available as a Criterion two disc-er or on iTunes and Netflix DVDs) so you might want to pause for a Goo Goo candy bar (“It’s good”) while you are reminded that, as candidate Walker says, no matter what the election year or the state of the nation, “some very funny notions… (have) develop(ed) in American politics…”

But don’t let it worry you.