Why Bernie Sanders' Judaism is so important

Sanders considers himself secular, yet his overwhelming sense of empathy for the downtrodden is profoundly Jewish 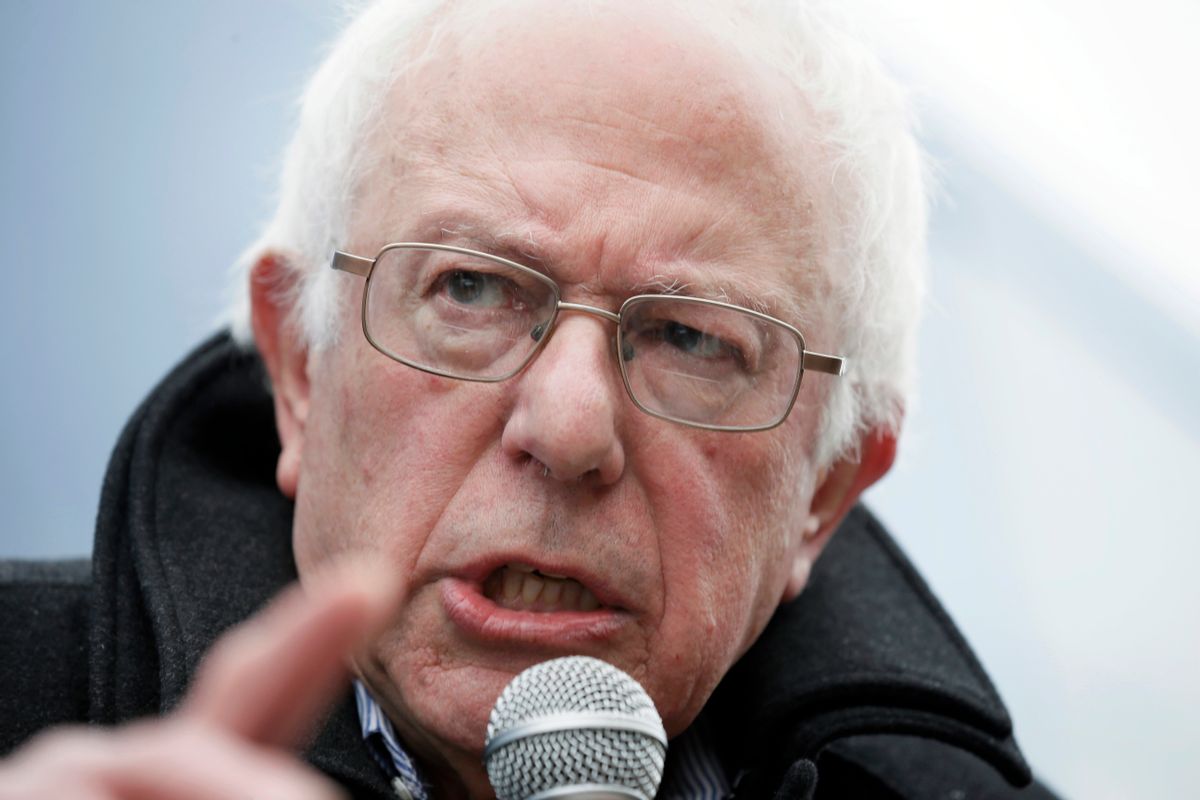 With his New Hampshire primary victory now in the books, Bernie Sanders has done more than simply guarantee that Hillary Clinton won’t have a free ride to the Democratic nomination. Indeed, even if Clinton ultimately bests Sanders in the upcoming primaries, the Vermont senator has still achieved something of lasting significance:

He is the first Jewish American to win a presidential primary.

This isn’t to say that he is the first American of Jewish descent to win a presidential primary. That distinction belongs to Barry Goldwater, an arch-conservative Arizona senator who upset the GOP establishment by winning the Republican presidential nomination in 1964. Although his father was ethnically Jewish, however, Goldwater himself had been raised as an Episcopalian by a devoutly religious mother. Despite never denying or apologizing for his Jewish background, Goldwater didn’t identify with it either during his politically active days, prompting one journalist to quip, “Somehow I always knew that our first Jewish president would be an Episcopalian.” Regardless of whether or not one considers Goldwater to have been a Jew, though, it is clear that Jewish voters did not embrace his values or want them implemented in the White House: Goldwater pulled in only 10 percent of the Jewish vote against President Lyndon Johnson that year, a historic shellacking within that demographic that no major party candidate has matched in more than 50 years since.

When it comes to mainstream Jewish presidential candidates, the roster doesn’t go on much further after Goldwater. There was Milton Shapp, a respectable two-term governor of Pennsylvania whose milquetoast personality doomed him early in the 1976 Democratic primaries; Joseph Lieberman, a Connecticut senator and Al Gore’s vice-presidential running mate in 2000 (a first in Jewish history), whose relatively conservative views rendered his 2004 presidential bid a non-starter — and that’s about it, really. There a few footnotes on the list – Larry Agran, the Jewish mayor of Irvine, California, ran a nearly invisible presidential campaign in 1992 and got a handful of votes at the Democratic Convention that year as a result, while John Kerry (then a senator from Massachusetts) didn’t learn that he had a Jewish grandfather until the start of his ultimately successful campaign for the Democratic nomination in 2004. Aside from that, the record is pretty sparse. For all of their contributions to American life, Jews have barely made a ripple in the realm of presidential politics.

In many ways, Sanders seems like an unexpected figure to change that, and the fact that he openly identifies as secular is the least of the problems here. (After all, a majority of American Jews today are also secular.) On a deeper level, the issue is that he doesn’t seem to own up to his Jewishness except when prompted to do so. A rabbi at a temple in South Burlington, Vermont, complained that although Sanders “knows he’s Jewish” and “has a good heart,” the community would benefit from him openly embracing his heritage. "We need a Jewish hug from him every once in a while," the rabbi said.

An Orthodox Jew named Richard Sugarman, a professor of philosophy and one of Sanders’ closest friends, noted while he isn’t embarrassed about his faith, “he continues to be a universalist; he doesn’t focus on those issues.” Even as Clinton has taken open and justifiable pride in the prospect of becoming America’s first female president, Sanders only mentions his Jewishness when someone else broaches the subject.

When he is asked, however, his response illuminates the distinct influence of his Jewishness on his political ideology. When Anderson Cooper pointed out to Sanders during a town hall event that “you're Jewish, but you've said that you're not actively involved with organized religion,” and asked how he could appeal to religious voters, Sanders offered a revealing reply: "I would not be running for president of the United States if I did not have very strong religious and spiritual feelings,” adding that his spirituality moves him to believe "that we are all in this together and that when children go hungry, when veterans sleep out on the street, it impacts me."

When Sanders uttered those words, he placed himself squarely in one of American Jewry’s oldest and proudest traditions -- namely, disproportionately supporting left-wing causes. “In their voting behavior, political identity and attitudes, American Jews are disproportionately clustered on the liberal/Democratic side of the political spectrum,” explained political scientist Kenneth Wald in an interview with the Washington Post. “The pattern has held more or less steady since the late 1920s. But we expect most affluent people to favor the party of the right. As a group, even allowing for individual differences, American Jews rank at or near the top on most measures of social class — education, income, occupational prestige and such. That makes their commitment to the Democratic party and liberal values puzzling.”

As a result of these left-wing tendencies, Jews have been numerically conspicuous in forming and supporting labor unions, championing civil rights for racial minorities and other marginalized groups, and backing not only liberal Democrats like Franklin Roosevelt, John Kennedy and Lyndon Johnson but also leftist third-party candidates like Socialist Eugene V. Debs (1920), Progressive Henry Wallace (1948), and Independent John Anderson (1980). As a long-oppressed minority with a strong sense of historical continuity, Jews have maintained their sympathy for the underdog even in a nation like America, where they have flourished.

If nothing else, this also makes Sanders an ideal foil to oppose the other winner in New Hampshire, the Republican Party’s reactionary racist Donald Trump. When it comes to narrative symmetry, the juxtaposition can hardly be beat: On the one side, you have an out-of-touch pampered billionaire who panders to simple-minded racism, misogyny and xenophobia; on the other, you have a wild-haired Jewish socialist from a lower-middle-class background who fought for civil rights as a youth before getting swept up in the countercultural politics of tiny, iconoclastic Vermont. The contrast practically writes itself -- and in a Sanders-Trump election, the former’s Jewish identity would be an integral part of that narrative.

In the end, this is what makes Sanders such an ideal representative of the Jewish community in the presidential arena. Exactly one century after Louis Brandeis became America’s first Jewish Supreme Court judge (his confirmation was heatedly opposed due in equal parts to anti-Semitism and antipathy to his staunch left-wing views), Sanders has become America’s first viable Jewish presidential candidate, because, like his antecedents, he has distilled basic human compassion into a broader ideology. Given the chance to realize their potential in the land of opportunity, the majority of American Jews are like Sanders in feeling compassion for those who, like so many Jews in so many lands throughout the millennia, are oppressed or disadvantaged or suffering. Although Sanders’ ideology no doubt springs from many sources, his overwhelming sense of empathy for the downtrodden is as Jewish as the poem that graces the Statue of Liberty, written by the American Jewish poet Emma Lazarus. The final verses read:

"Keep, ancient lands, your storied pomp!" cries she
With silent lips. "Give me your tired, your poor,
Your huddled masses yearning to breathe free,
The wretched refuse of your teeming shore.
Send these, the homeless, tempest-tost to me,
I lift my lamp beside the golden door!"