Can legal weed save the newspaper business? Wait -- what was the question?

As a new film shows, the Denver Post's pioneering pot coverage is no joke -- it reminds us why newspapers exist 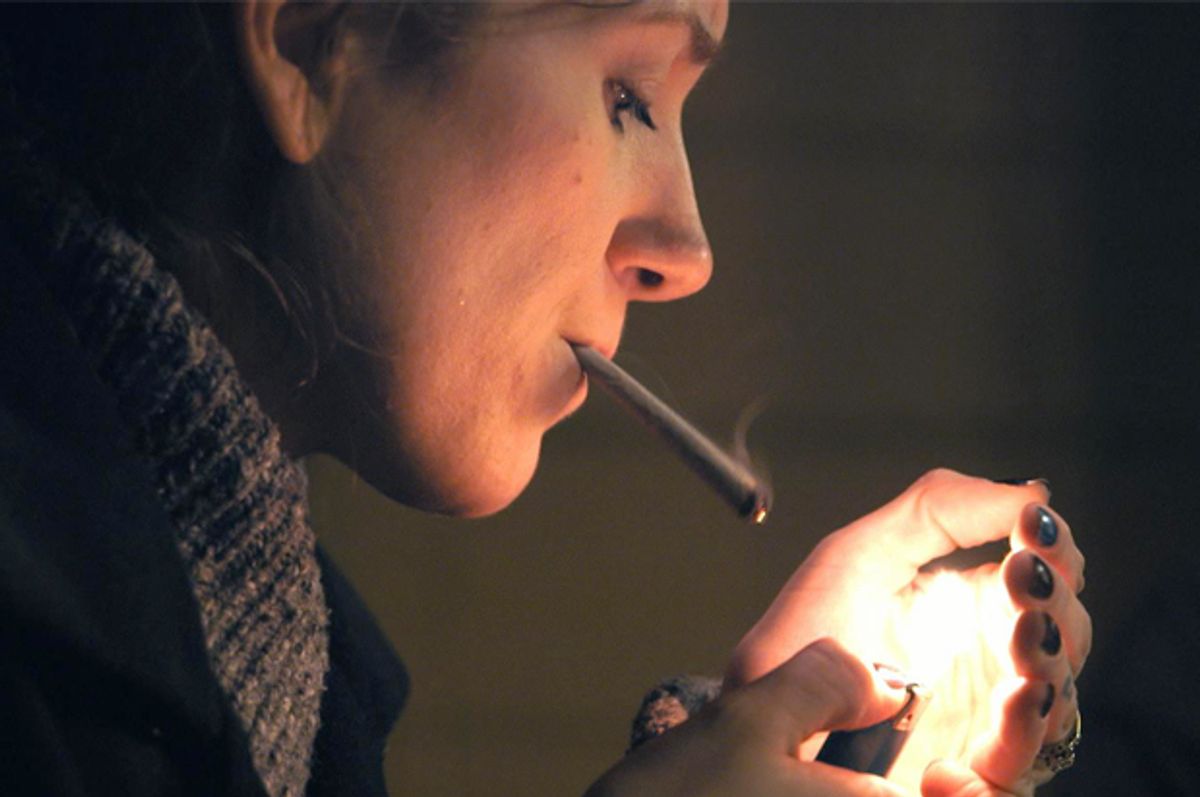 To my way of thinking the most interesting character in the documentary “Rolling Papers” is not Ricardo Baca, the onetime music journalist who had a moment of micro-celebrity after the Denver Post named him the first “marijuana editor” in the history of American journalism. (I promise this whole column won’t just be stoner gags — but yes, I have known many unofficial “marijuana editors” in my 20-plus years in the business.) It’s the editor of the Post, Gregory Moore, who seized on the opportunity that legal weed presented to Colorado’s largest daily newspaper at a moment when that business model is perceived as dead or dying.

Moore is a lifelong newspaperman of the old school, with a long track record as an editor and reporter covering politics, education and criminal justice in Boston, Cleveland and Dayton, Ohio, before coming to Denver. He’s a middle-aged African-American man who favors suits and ties and presents a genial boardroom demeanor. Compared to the clientele and proprietors of Denver’s strip-mall storefront legal-weed emporia, he’s a total square. If I were making a snap judgment about him based on first impressions (and all journalists, like other people, do that) I would guess that Moore is a middle-of-the-road Democrat who doesn’t smoke pot or approve of it, and is moderately uncomfortable with legalization and widespread public consumption.

Maybe that impression is accurate, and maybe not. We don’t really get to know Moore in “Rolling Papers,” which is too bad. Director Mitch Dickman’s film performs an essential public service by following the first-ever foray into serious weed journalism, but it’s also a meandering journey that seems easily distracted by minor tangents. I know! Ha, ha. Anyway, Moore’s deceptive, dry sense of humor comes through during a meeting when he quizzes the Post’s editorial board about whether anyone will be “sparking up” during Easter Sunday services at Red Rocks, Denver’s outdoor amphitheater. His religion reporters seem mildly appalled by this notion, but Moore won’t back down. The combination of Rocky Mountain morning air, strong ganja and the word of the Lord, he muses. “What could be better?”

That puckish spirit served Moore well when he grasped, pretty much before anyone else did, that marijuana legalization was something more than an unprecedented business opportunity, a new source of state revenue and an opportunity for law enforcement to pursue actual criminals instead of people who sold and used an herb. It presented a whole range of issues that newspapers are supposed to cover: It was a consumer protection story and a public health story. It was a story about regulation and bureaucracy, a story about the paradoxical relationship between state law and federal law, a story about shifting social mores and shifting standards of parenting.

It was also a story, as the world soon noticed, about a product sold in a highly competitive marketplace that demanded informed and impartial criticism, just like movies or restaurants or hip-hop albums. Since Baca had covered the music scene in Denver for many years, Moore says in another of his dry moments, “I knew he was familiar with marijuana.” And yes, once Baca was installed as editor of the Cannabist, the Post’s free-floating supplement devoted to all things cheeba, he hired marijuana critics. Jake Browne and Brittany Driver became the first employees of a major American newspaper who were paid to get high during the workday. (Nope, not in the office.)

Browne, a handsome skier-surfer type, is the casual, quippy critic whose prose is laden with pop-culture references. In his middling review of a locally popular strain of weed known as Flo, he observes, “If it were a re-run on TV, it’s an episode of ‘Friends’ that’s all Phoebe. Sure, it’s fun and light, but you really wanted a good Chandler zing.” OK. I guess. In a similar vein, he compares a “sativa-dominant hybrid” called Headband to “the Ultimate Warrior coming off the top rope and landing on Andre the Giant.” You would almost think this guy smokes a lot of dope and watches a lot of TV.

Driver, who has built out a corollary beat as Cannabist’s reporter on pot use as it intersects with parenting issues — despite legalization, Colorado’s child protection authorities remain tetchy on this question — favors matter-of-fact, descriptive writing. Smoking a powerful strain known as Oaktown Crippler, she reports, removed all traces of social anxiety. “My agility remained intact throughout my experience and dry mouth was nowhere to be found.” A blend called Stevie Wonder, on the other hand, turned out to be “mild to moderate,” and “didn’t change the way I perceive time.” Whether that’s a recommendation is up to you, I guess.

Then there’s Ry Prichard, the Post’s third critic (added later), who brings the deep weed-nerd science traditionally associated with your college roommate’s older brother’s strange friend, the self-taught genius who won’t shut up. I can barely work out what he’s talking about: “Larry OG is a hybrid consisting of the Lemon Larry OG mother plant and a SFV OG Kush F3 male that was created by The Cali Connection Seed Company. The Lemon Larry cut is a famed Southern California OG clone which is known for having more of a sativa effect than many OGs as well as a very citrus-heavy flavor palate.” So it gets you way baked, am I right?

Irresistible as that stuff is, the central point raised by “Rolling Papers” is that Moore and Baca saw an opening for old-fashioned enterprise journalism, and readers have embraced it. They get plenty of complaints from older and more conservative Coloradans about too much pot coverage, Moore says, but it’s easily the most popular material they publish. Baca’s team has investigated a wholesale vendor who was selling chocolate bars (“edibles,” in pot parlance) that contained virtually no THC, explored the commercial explosion of medical varieties that deliver painkilling cannabinoids but don’t get you high, and have traveled to Uruguay to report on the first nationwide legalization in our hemisphere.

They have interviewed dealers who still sell pot illegally, outside the state’s taxed and licensed shops, and have compelled authorities to regulate THC content after a college student visiting from Wyoming consumed a psychosis-inducing dose of edibles and jumped out a fourth-floor window. It’s an impressive record, honestly, and at a glance it appears that local papers in every significant American city with a legal marijuana industry have followed the Denver Post’s lead, or tried to: Seattle has the Pot Blog; Anchorage, Alaska, has Cannabis North. In Portland, where weed went legal just last month, the Oregonian is looking for a pot critic and reports “high interest.” Marijuana can’t save daily journalism; that's too much to hope for. But the drug that supposedly messes with your memory may have reminded us why we needed newspapers in the first place.