What does it mean that CEOs of the top corporations earn 300 times what their employees earn? 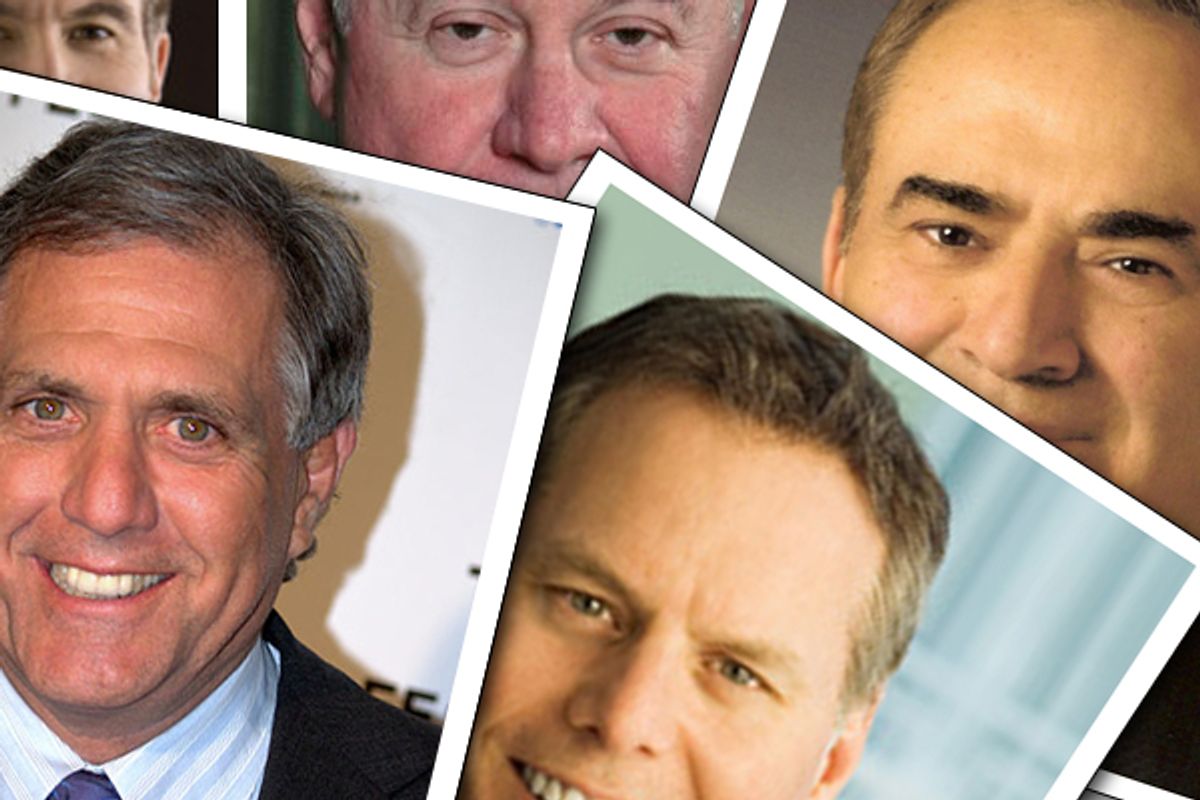 CEOs of the world’s biggest companies: They’re nothing like us!

At least, not where their pay grade is concerned. In fact, according to the Economic Policy Institute, on average, CEOs of the country’s top corporations earn a whopping 300 times what their employees earn. “[T]he growth of CEO and executive compensation overall was a major factor driving the doubling of the income shares of the top 1 percent and top 0.1 percent of U.S. households from 1979 to 2007,” EPI wrote in a 2015 report.

In other words, the astounding increases in executive and c-suite pay have helped America become the most unequal country in the developed world. Congrats, guys, we did it! Add this to the list of awful things the U.S. is number one at!

With all this in mind, As You Sow, a nonprofit focused on environmental and social corporate responsibility, made a list of those it identifies as the most overpaid CEOs. The assessment is based on a number of factors, including CEO performance relative to compensation, which the organization suggests, “rewards deals above development and risk rather than return on invested capital (ROIC).” The companies represented by the execs on the list are those “that the majority of retirement funds are invested in." In short, there’s a decent chance your retirement funds are kicking in a few bucks to help these salaries reach their multimillion-dollar peaks.

“CEOs have a difficult job and make decisions daily that could impact millions of lives and should be reasonably rewarded for the productive contributions they make to the economy and society,” Rosanna Landis Weaver, a study lead author, writes. “However, as shown in this report, by every pay-performance measure, many CEOs are being paid entirely too much and that means the process which determines CEO pay is broken.” Most Americans are ticked off that CEOs make a whole $1 million a year. Imagine if they knew they were underestimating that by, in lots of cases, tens upon tens of millions of dollars. In Discover Communications CEO David Zaslav's case, it was about $155 million bucks.

"Paying one individual with excessive wealth unrelated to incentives or results creates a false narrative that such compensation is justified and earned," study authors note. "It undermines essential premises of capitalism: the robust ‘invisible hand’ of the market as well as the confidence of those who entrust capital to third parties. Confusing disclosure coupled with inappropriate comparisons are then used to justify similar packages elsewhere. These systems perpetuate and exaggerate the destabilizing effects of income inequality, and may contribute to the stagnating pay of frontline employees."

And if you're wondering how vast the gulf between CEOs and employees looks when charted on a graph, here's more: Check out the study and the full list of all 100 overpaid CEOs.