“We can’t have any confidence in the numbers ...": Brazil's dodgy data on microcephaly 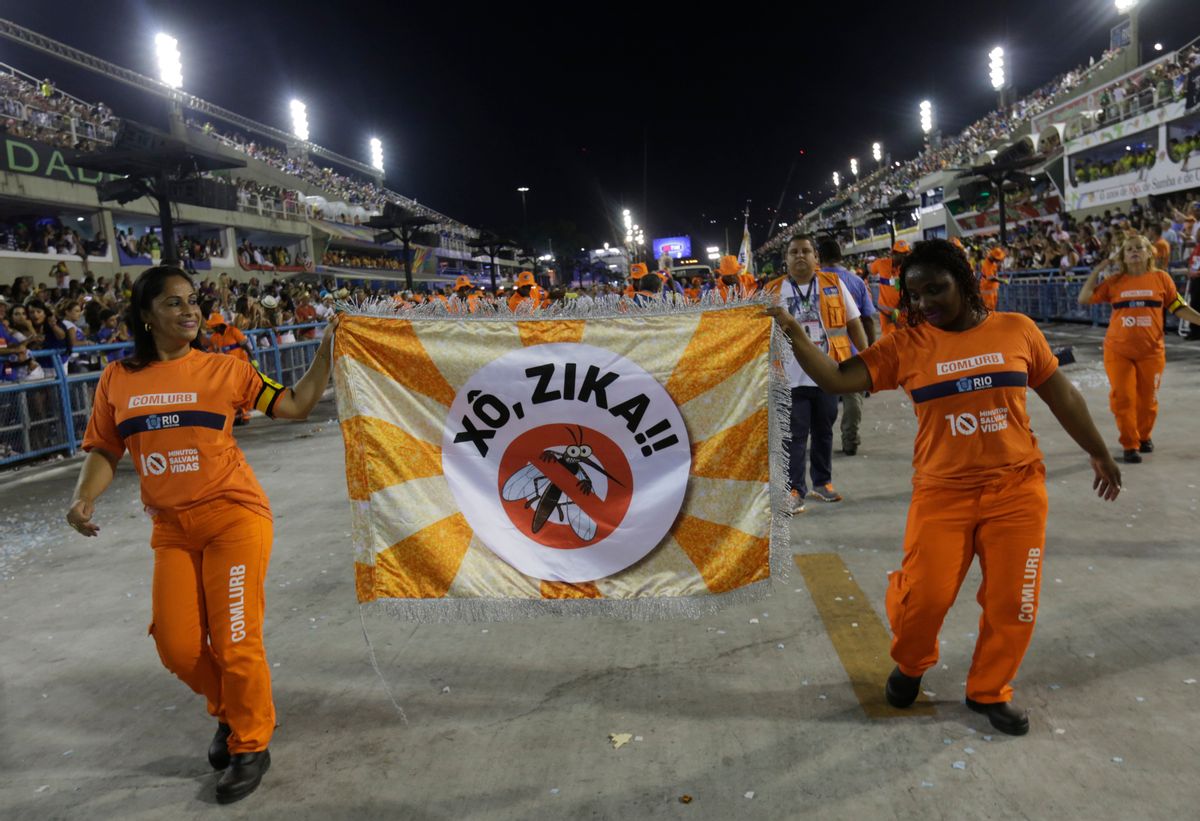 RIO DE JANEIRO, Brazil — There’s no shortage of confusion about the mysterious and deadly Zika virus, which has captured the world’s attention and recently led the World Health Organization to declare a public health emergency of international concern.

While the virus is rarely deadly, a key worry has been over a possible link between Zika in pregnant women and birth defects in their babies.

It’s a scary thought. Here at GlobalPost we’ve been digging into one aspect of the story: Whether the statistics surrounding this crisis warrant the panic that has gripped some potential visitors to the region.

A key number for assessing the question: 150.

That’s the rough average annual number of reported cases of microcephaly, a condition in which a child is born with a smaller-than-normal head, across Brazil in the few years prior to the current crisis. In recent weeks, that number has become the baseline that journalists, policy makers and scientists around the globe have used to establish that Brazil has seen a huge increase in cases of microcephaly.

Here’s the New York Times: “Before the epidemic, Brazil recorded only about 150 cases of microcephaly a year.”

And, to be fair, GlobalPost: “The authorities and media are repeatedly comparing the thousands of suspected microcephaly cases to typical averages of 150 or so per year. That number is about right.”

Indeed, there’s growing evidence to suggest there have been thousands of annual cases of microcephaly across Brazil in recent years — not 150.

“All of us knew that that number wasn’t true,” said Dr. Albert Ko, an epidemiologist at Yale University who has worked extensively in Brazil. “Usually, when you have an outbreak, you’re looking at observed over the expected, and those numbers for the expected [the 150 reported cases] were just off. Anyone who knows anything about births knows they’re off."

Ko certainly isn’t the first expert to raise doubts about the dodgy data circulating about microcephaly in Brazil.

As we reported earlier, researchers in the northeastern Brazilian state of Paraiba who went back and looked at their data for newborns discovered something startling: hundreds of children meet the definition of “microcephalic” set by the Brazilian government. And that’s just at the 21 clinics they have data for.

Writing in the Brazilian daily newspaper Estadao, Fernando Reinach, a Brazilian venture capitalist and Cornell-trained biologist, estimated that there should be in the region of 19,000 children born with microcephaly in Brazil every year.

That dwarfs the total number of suspected cases of microcephaly so far reported to the Brazilian Ministry of Health — 4,783 between last October and January 31.

So what’s going on here?

Simply put, the data are bad, largely because record-keeping has been inconsistent.

“We can’t have any confidence in the numbers that were put out before microcephaly became something doctors are paying attention to,” said Dr. Thomaz Gollop, who specializes in fetal medicine in Sao Paulo.

Gollop said that in Brazil, a developing country where there are 3 million births a year, there are severe problems with record-keeping. Doctors in big cities, let alone remote areas, weren’t concerned about microcephaly before last year, he said — so they wouldn’t have reported cases of the condition to the government.

So while 150 is the best average that medical authorities here have recorded — and repeating it isn’t meant to mislead people — it’s incomplete. All the experts we’ve spoken to say better data are simply impossible to come by at the current time.

The medical body responsible for monitoring birth defects in Latin America recently released a report that concluded the apparent spike in babies with small heads “is probably due to active search and over-diagnosis.”

Writing this month in the medical journal The Lancet, Cesar Gomez Victora, an emeritus professor of epidemiology at the Federal University of Pelotas in Brazil, expanded on that hypothesis:

“This temporal increase in suspected cases of microcephaly could also be distorted given both raised awareness, with more children than usual being measured and reported, and changing definitions of microcephaly over time.”

So let’s just think about that for a minute.

The whole foundation of fears about the connection between Zika and birth defects is the fact that there are far more children than normal being born with microcephaly in northeastern Brazil — Zika’s epicenter.

Now, doctors in the northeast do say it’s true they are seeing more microcephaly. No doubt about that. I’ve spoken to six front line doctors who confirmed that they saw a big spike late last year in the number of children being born with microcephaly.

But the observation of an increase by a handful of doctors is very different from tangible, complete data. The truth is that comprehensive numbers just aren’t there.

So for now we’ll resist the trend of saying that the number of cases of microcephaly has ballooned up from 150.

Unfortunately, there’s no way to say for sure.