13 monster hits that suck by artists you love: "This is a jam for Guy Fieri-catered deck parties" 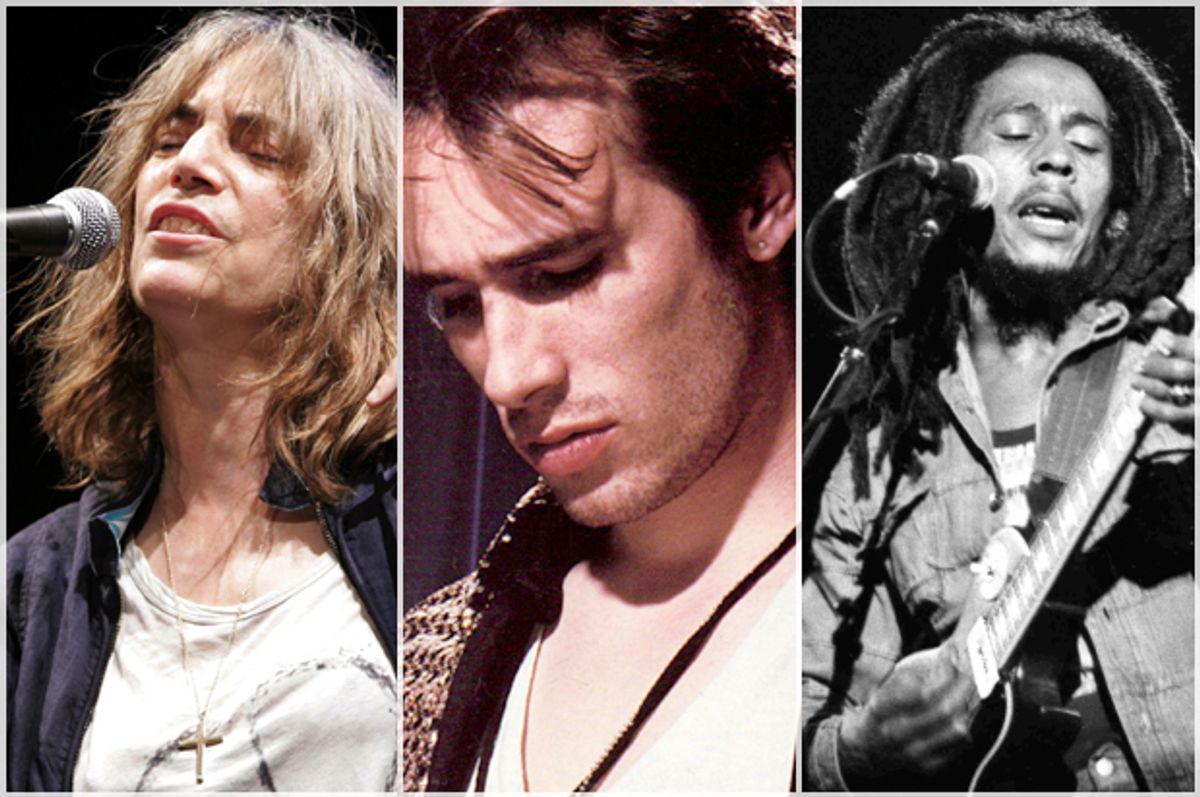 I love Cheap Trick the way Mike Damone loved Cheap Trick. I responded in a big way to “the magnetism of Robin Zander” and “the charisma of Rick Nielsen?” And the tunes? “Surrender,” “I Want You To Want Me,’ “Southern Girls,” “Stiff Competition,” “He’s A Whore,” “The Flame.”

That’s not right. “The Flame,” with due respect, is an atrocious ballad of heck. But it’s also far and away the band’s biggest ever hit; topping the U.S. singles chart in 1988, over a decade into the quartet’s otherwise bitchin’ career. “The Flame,” was not, like much of the band’s best songs, co-written by Nielsen by rather the professional songwriting duo Bob Mitchell and Nick Graham.

When I heard that Cheap Trick were being inducted into the Rock and Roll hall of Fame this spring, I wondered if they still play this monkey turd in concert and looked up their standard set list and sure enough, they do. I assume it’s not because they want to, but most likely because they have to. How can a band jettison their greatest of “greatest hits” from their live show just because it’s gawd awful? Bigger tops better.

It made me wonder what other bands have to play the songs that were either number one hits or culture boulders they just can’t seem to push away and have long since stopped trying. Note: I am not calling these bands out. I have sympathy for them. And with most of these artists, I own at least one and probably many of their albums in my collection and adore them. I am functioning here as a curious fan, not a critic.

I understand the earnest sentiment of the song and acknowledge that this may be a controversial choice. Yes, it’s a touching elegy to a vulnerable and lost woman, Marilyn Monroe in ’73, and refurbished for Princess Diana in ’97. It’s also the most plodding song on "Goodbye Yellow Brick Road" and one that I skip each time I play the double album. It’s also among the best selling singles of all time, up there with “White Christmas.”

“Let’s get together and feel alright…” That’s okay, man. You go without me. I’m going to sit in my room, weep and chain smoke.   Marley is a genius, a poet and a prophet as the Chili Peppers declared, but that doesn’t mean some of his fans aren’t a bunch of horrible people, drawn to his least radical most musically facile songs. Many of these Marley-lites only (and I mean only, only) know the multi-platinum best-of "Legend." They don’t own anything else. And they don’t seem to care that there are literally dozens if not a hundred amazing Marley and Wailers tracks to get into. It’s just too easy. Vibes. Smiles. Tourism jingles. Attention "Legend"-lovers: Pretend I’m a weed cookie and eat me.

A few years ago, the youth discovered just how excellent the once maligned Paul McCartney solo output often was. McCartney, with and without Wings, had to wait in the queue behind John and George for his hipster propers (Ringo is still waiting for Generation Z to discover "Wrack My Brain").  McCartney’s ceaseless touring and generously loaded re-issues helped rehab his image but that doesn’t change the fact that this lazily strummed pastoral ditty is still his biggest solo hit. Co-written with Wings’ Denny Laine, and inspired by a piece of Scottish property, it ends in a sing-a-long if you feel like it… but why not save your voice for “Jet.”

This isn’t Patti Smith’s biggest hit, it’s her only hit, co-written by Bruce Springsteen and it feels almost sacrilegious to tweak it in any way but if I never heard it again — or the insipid acoustic 10,000 Maniacs cover — I’d be okay with that, and I can’t say the same thing about "Horses," or even parts of "Radio Ethiopia" and "Wave." This is just The HIT, which means it has to be played and played until it’s just a chorus for people to sing along to because they can, like a dog licking itself. Don’t get me wrong, if you only get one hit, this is an excellent one, haunting and sexy, but it still has to feel heavy around the neck.

Remember when Berlin were cool? When they rocked the US Festival in ’83? When they road on the “Metro” and hated you for loving them? When they released a song called “Sex (I’m A…”) that some stations banned for lyrical content? No?

Remember this song from "Top Gun?" Oh, OK. Me too. Co-written by the legendary Giorgio Moroder, this synth ballad was so mainstream (seriously, listen to “Sex (I’m A…”) that Jessica Simpson covered it in 2004.

Yeah, I know. It broke down barriers, tore down walls, expanded horizons, created a whole new musical genre. But it’s also not very good, is it? When compared with the best of both Run DMC (“King of Rock,” “Rock Box,” “It’s Like That”) and Aerosmith (everything they ever recorded up to about 1977). I know saying so is controversial, but sometimes a song’s accomplishment is far better than the song itself, no? Yes.

Once you were a ramblin’ gambling man. Now… you’re busted!

I’m kind of a purist about Hoffs and the Peterson Sisters. I like them when they were hanging out with Rodney Bingenheimer and playing Katrina and the Waves covers. "All Over the Place" (1984) is a perfect, late Paisely Underground/power pop album which inspired Prince to write “Manic Monday” for their next release "A Different Light."That was the beginning of the end. This, which later became their biggest hit, was co-written by pro songsmiths Billy Steinberg and Tom Kelly and the band’s Susannah Hoffs. It was probably a great prom song back in ’88 (I didn’t go to mine) but to have to play it every night on tour is probably about as fun as watching "The Allnighter" with the underwear scenes edited out.

Only a total grouch would reach for the dial once this song comes on the radio, but I preferred the B’s when they were weird and sang about planets where there was pink air and nobody had a head. They’d been through a lot since ’79 (including the death of co-founder Ricky Wilson) and deserved mainstream success. They’re still national treasures, but this is a jam for Guy Fieri catered deck parties.

Everyone has their favorite Robert Smith. Scrawny. Zaftig. Some like it when he is dreamy-eyed and smitten as in this jingly jangly piece of sticky pomade. I like him strung out, or at least if he’s chipper, singing about cats and caterpillars. This feels like a novelty song for me, but it was one of their biggest hits and when they play it now, middle aged Goths do the Billy Crystal white man’s overbite and it ain’t wonderfully, wonderfully, wonderfully, wonderfully pretty.

Yes, tragically, he's gone and he doesn't have to play this anymore. But if Buckley were alive today he might say "Ahem... there are nine more songs on this record!"

So how about this? Just listen to the rest of "Grace." OK?

My dad used to leave his copies of Celebrity Skin in the bathroom and it was more fun going through them than it is listening to this dial a hit riff (allegedly courtesy of Billy Corgan); which even Courtney Love once confessed to me she wasn’t wild about despite its irresistible nature. Pop-savvy, she knew it would get on the radio and it did and her punishment is that well, there is no punishment.   Until the inevitable reunion where it has to be dragged out like an old canoe from the garage.

Depressing fact one: this is Weezer’s second biggest hit ever and therefore likely to muscle its way into encores.   Can you imagine a world where this is Weezer’s second biggest hit ever? Well you don’t have to because you’re living in it, baby.   (“Pork and Beans” is their biggest and anything off Pinkerton is still nowhere close). Depressing fact two: this is a Weezer song.