Media onlookers have been quick to pronounce the Sanders campaign dead. But the truth is that it's far from certain 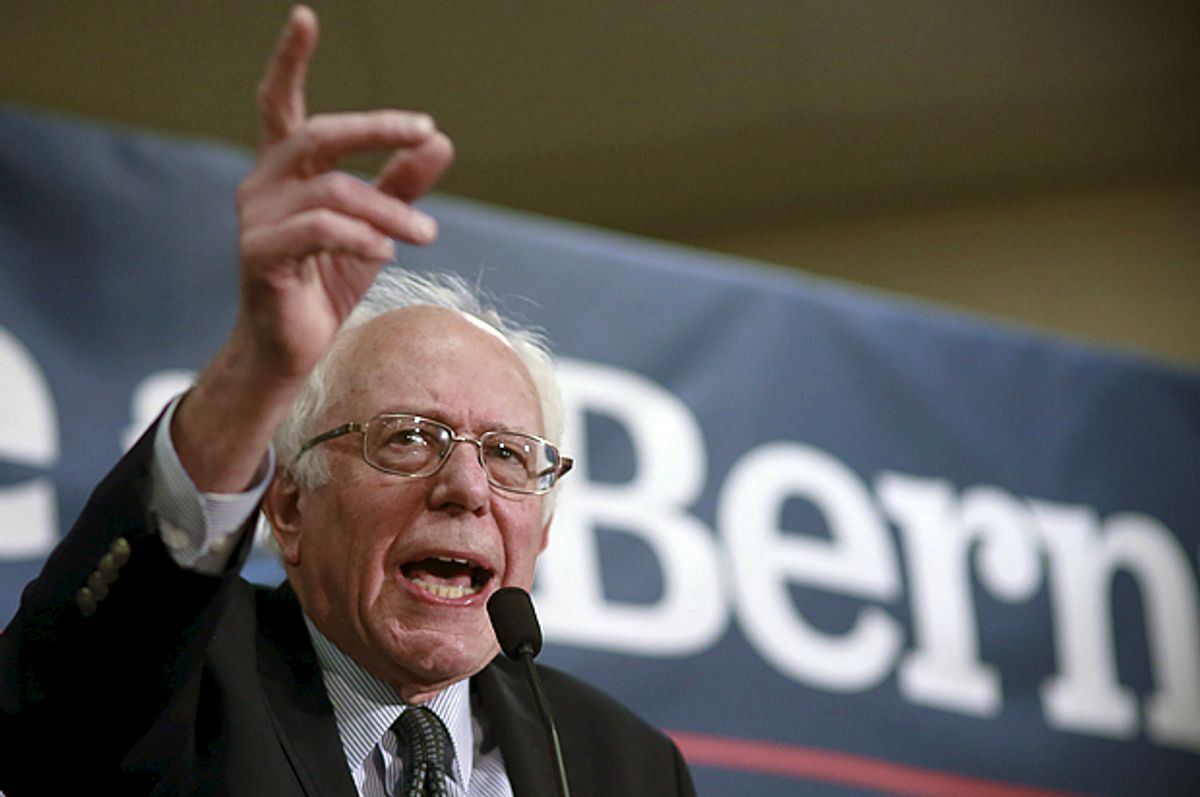 Hillary Clinton’s Nevada win was a rude buzzkill for Bernie Sanders supporters still high from his commanding win in New Hampshire earlier this month. Worse yet were the stark headlines uniformly depicting the five-point loss as evidence that the upstart democratic socialist’s delegate math might be insurmountable: Clinton retained overwhelming support from black voters while the huge youth turnout Sanders needs didn’t materialize.

This is all true. But a note to Sanders supporters: Chill out. Don’t panic. That Sanders is the underdog, and that he needs to convince a much larger share of black voters to break towards him, isn’t news, because it is not new. We knew that last week. The vast majority of states haven’t voted yet. The fight is still on. Sanders is still making his case. Clinton could still stumble. For Sanders, it will be an uphill battle. But much, much less of one than it looked like just a month ago.

I don’t quibble with the basic findings of political reporters and poll wizzes. But news consumers are also citizens, and not merely gamblers on betfair.com. They should not allow their own political aspirations to be reduced to a horse race. Those of us in the citizenry make political decisions, hopefully, for more substantive reasons than the odds of winning. The predictions of these analysts are likely sound, but they are based on the current status quo. Political activists on the left already know that real transformation comes only when that status quo is upended. That’s always been true. And that’s the Sander’s campaign central challenge—as it should be.

The media-driven expectations and momentum game has sent the Democratic primary on a wild ride. Remember that for many months, the conventional wisdom was that Sanders would be a fringe protest candidate. That was a fair prediction based on the status quo. Sanders, however, predicted otherwise.

“I think people should be a little bit careful underestimating me,” Sanders said last April when he announced his candidacy, news that inaudibly landed on page A21 of the New York Times.

By September, Times ombudsman Margaret Sullivan found that while “The Times has not ignored Mr. Sanders’s campaign…it hasn’t always taken it very seriously. The tone of some stories is regrettably dismissive, even mocking at times. Some of that is focused on the candidate’s age, appearance and style, rather than what he has to say.”

Sanders was gaining strength, but later that fall, Clinton came back from months of being rattled by the email scandal and a possible Biden run and stood down Republican inquisitors over Benghazi, reassuring nervous party leaders that she was a solid establishment candidate.

It was only in the weeks leading up to the Iowa caucuses, as the polls suddenly tightened, that the media really began treating it like a real two-way fight. After achieving a virtual tie in Iowa and blowing Clinton away in New Hampshire, the close loss in Nevada, where Sanders trailed considerably until recently, is being painted as decisively bad news for Sanders. And it might turn out to be just that. But as both Sanders and Trump have proved, this year’s race has so far as yet defied conventional wisdom at more turns than not. Looking ahead over the next few months, conventional wisdom could very well be proven wrong again.

Clinton remains the favorite. Sanders remains the underdog. None of this should change the Sanders’ campaign basic goal of fighting for every delegate possible nationwide—even if and when a win becomes mathematically impossible. Every Sanders supporter has a right to cast their vote and send a message about what direction the party and American politics will likely be heading, if not this year then in the years to come.