"You can’t make up the viciousness of Hollywood": Zoe Cassavetes skewers the family industry and how it treats women over 40

Salon talks to the filmmaker, daughter of John Cassavetes and Gena Rowlands, about her new film "Day Out of Days" 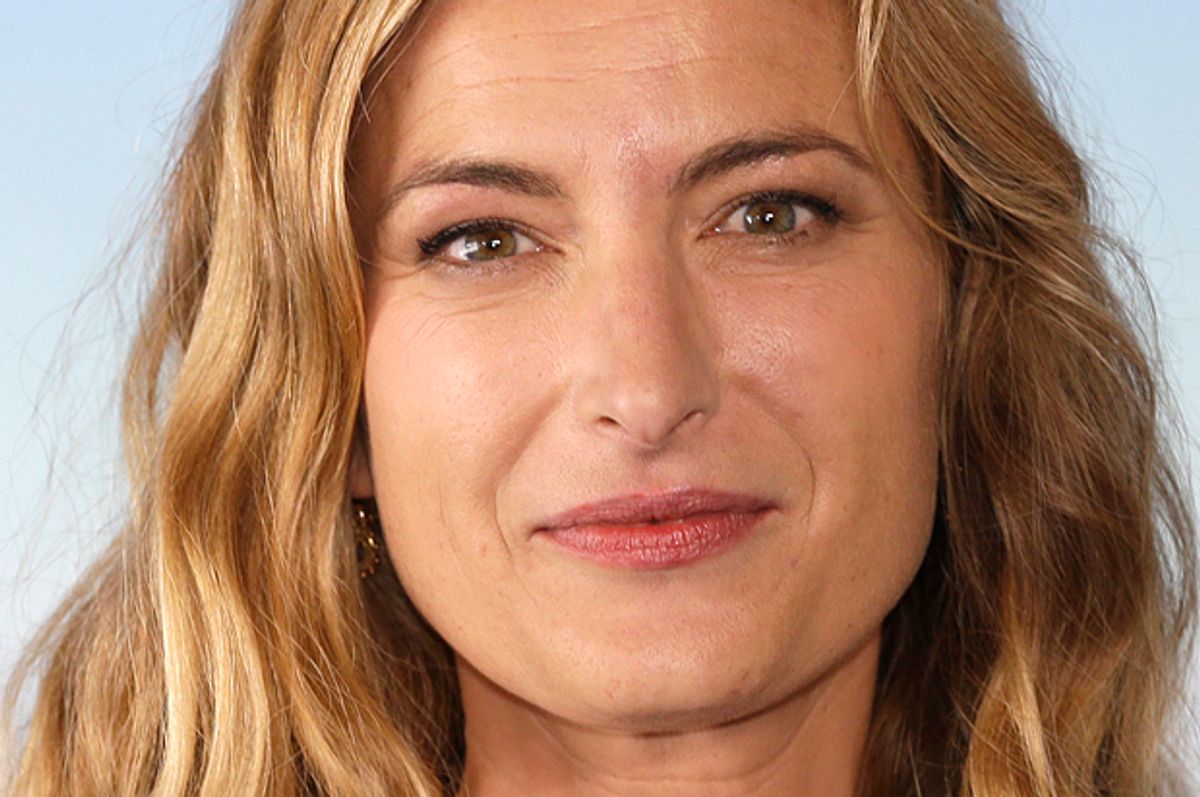 Writer/director Zoe Cassavetes’ grew up in the rarefied air of Hollywood. Her late father is the maverick independent filmmaker John Cassavetes, and her mother is the incomparable actress Gena Rowlands. Her sophomore feature, “Day Out of Days,” now available on VOD, is a caustic look at the life of Mia Roarke (Alexia Landeau), a 40 year-old actress struggling to make it in Hollywood.

Mia’s ex, Liam (Alessandro Nivola), has left her for a younger woman. Her agent Annabelle (Brooke Smith), claims to be behind her, but gets her a job on a lousy horror movie, directed by the abusive Tark (Vincent Kartheiser). The put-upon Mia is also caring for her mom (Melanie Griffith) who has an addiction to pills.

Cassavetes, who co-wrote the film with Landeau, shows the difficulties women of any age face in Hollywood, specifically, and in the world, in general: being belittled, and humiliated, settling when they should be thriving, and dealing with macro- and micro-aggressions as well as idiots in work and romance. “Day Out of Days” will strike a nerve with viewers who can see through to the phoniness of Hollywood, as well as those who know what they want, only to have it be just out of reach.

Cassavetes chatted with Salon about her life, her film’s heroine, and her career, as well as her observations on Hollywood.

Given that you grew up in the industry, why did you choose to make this film? Do you feel it’s biting the hand that feeds you? Or did you “take your pain and put in the film?” as Mia is told to do in one scene?

I think it’s an interesting subject—not only being an actress, but getting older and losing your power of youth. You question who you are, and what you want, and if you’re living the life you wanted. I think being an actress is a good story for that because of the pressures of the job, but the film is more about the humor and getting older than about the industry. You can’t make up the viciousness of Hollywood. It’s a good forum for having a little fun, and it can be a little cruel and push the levels in a way people can relate to.

The film shows the challenges an actress faces in Hollywood. Can you talk about the difficulties of being a female director and getting your film released?

I think that it’s difficult for more than just women or minorities. It’s a tough business! I wanted to do something the way I wanted to do it. I think it’s a choice to make something hard, and I wanted a relatively unknown actress to be my star. The talent should be explored, not recycled. I had to give up some things to get some of things I wanted. I am psyched to get my movie out. The world is changing, and the platforms [VOD vs. theatrical] are changing. It’s not necessary for your film to be in the theater to be seen. I don’t have to do every film like that. I’m trying to be adaptable. I have guy director friends who are in the exact same position. When you go outside the lines, you have a harder time.

What observations do you have about celebrity and fame? Depending on what viewers bring to the film, it can celebrate the industry or satirize it.

I think people are really curious about Hollywood and the “inside story,” and that kind of business. People feel close to the industry and making movies. Instead of making a social commentary about women, I wanted to show it. I have tons of friends who were stars in the 1990s and when they turned 40, they lost jobs. It’s the natural wave for the younger stars to come up. How hard it must be to have that attention shined on you and then taken away? I didn’t plan a satire, but things were funny because they were so audacious—Vincent Kartheiser’s character yelling at Mia, for example. These things happen. Is it her, or is it the world against her? She has to come to some sort of decision. She has a light to go towards, and it’s up to her to make the best decisions. One job can save your life. It’s crazy to live like that!

Mia experiences harassment from several industry people over the course of the film. What are some of the most shocking things you’ve heard as an actress or from an actress?

When I was young, and trying to be an actress, a guy said, “Brush your hair, get a manicure, and iron your shirt.” It was the best thing anyone ever said to me. I realized I didn’t want to be an actress after that. All actors have horror stories. They have to wait for someone to give them something to do. It puts them in a vulnerable position. When you take a job, you don’t know how crazy or weird people are—they should be professional—but reputations can be built on bad behavior. You become desensitized. You go through that all your life. For some people, maybe it’s mechanical, a low-grade insult.

Did your mother and/or siblings, Xan and Nick (both filmmakers), offer advice or help in shaping “Day Out of Days”?

My mom read it. We were going through all these incarnations of the script and then got it together and made the film fast. Once we hit go, it was 20-hour days figuring out how to do this. My family was always curious, and we talked about movie stuff—we’re a crazy movie family. We help cast each other’s films, and play that game. We’re involved in each other’s films, but we give each other space.

Can you talk about casting? You have Melanie Griffith, the daughter of a famous actress, playing Mia’s mother; Eddie Izzard playing a famous actor, and even a sly turn by B-movie star Laurene Landon. What prompted you to choose the performers you did? Did you feel some of them echoed Mia’s story?

Sometimes when you start a project, you become a genius after: Of course that mirrors that! I just wanted Melanie. I wanted her voice in my film, and feel her presence. Part of the perks of the job is to get people you want in it. Eddie, too. When I wrote that part, and I thought about Eddie, I didn’t want anyone else. I was lucky he said yes! Lorene was amazing. She was supportive and understanding. And Brooke Smith was awesome-sauce!

How did you and Alexia approach creating Mia? She is sympathetic even when she is most pathetic. Her frustrations are palpable because of Alexia’s strong performance.

I had the luxury of doing my first short film with Alexia, and we had a freedom to do anything we wanted. It was un-tethered. Her ability to say everything without saying anything is one of her greatest talents. And a film about this—showing Mia’s interior—we were focused on this whole person. It wasn’t just that she’s an actress, or divorced…. We’re not always appropriate all the time. What do we do when we are alone, and isolated, and you don’t feel good about yourself? Everything turns inward. It’s how do you turn it around—especially after a series of humiliations—that tests you. Mia doesn’t know how to do anything else. Acting is all she’s ever done. She has to change and take giant leaps and start being a real person.

Mia learns about balancing life and work. What did you learn about the life-work balance making this film?

You don’t when you are shooting, you don’t. It’s “I’ll get to this in a bit…” You are very in the moment, and you live/work moment to moment. You aren’t thinking about the water and power bill, you are just in the moment. I love that it’s that intense. Then you go to long periods of writing, or editing, and that’s hard too. You need to get back to the set. But then you have your family and friends, and I cook…But as you get older, you see what’s important—it’s the people in your life.