The GOP governor has withdrawn his name from consideration. But the question remains: What is Obama thinking 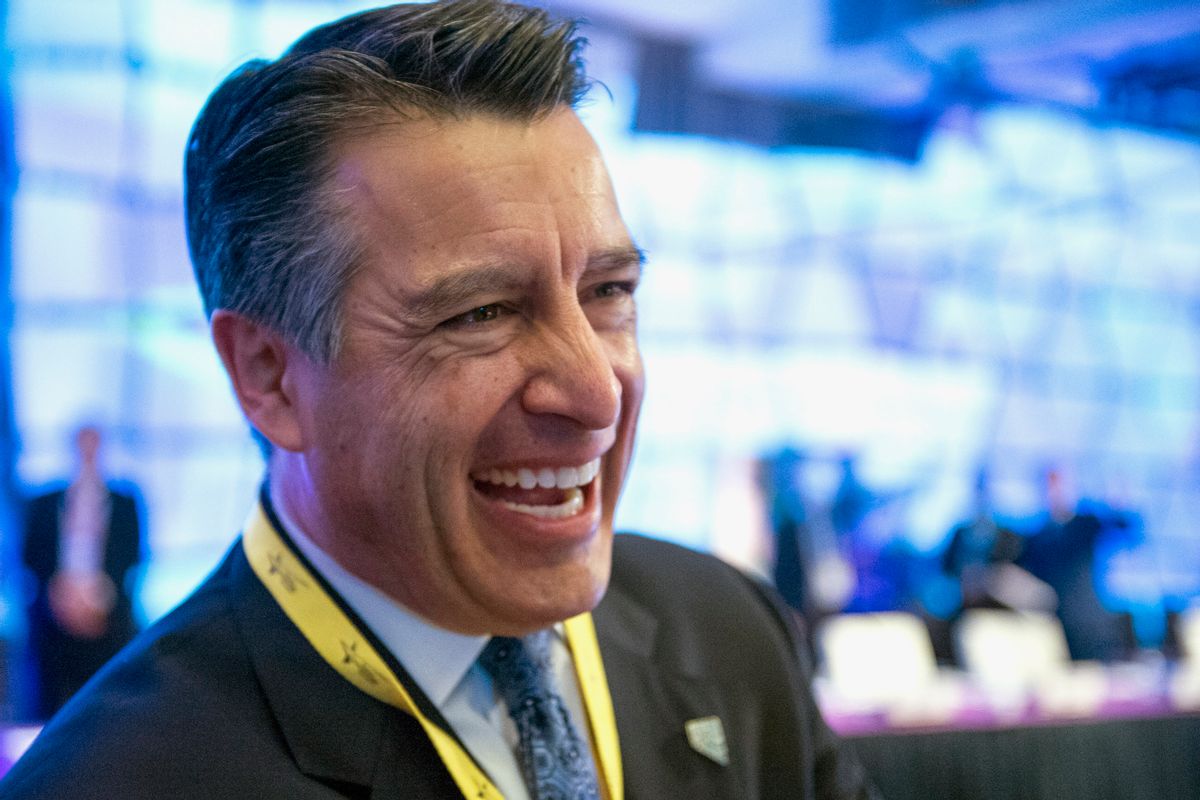 President Obama reported consideration of Nevada Gov. Brian Sandoval, a Republican, as a possible Supreme Court nominee has come to an end: Sandoval doesn’t want the job. But, even after it's been popped, the Sandoval trial balloon merits an autopsy: It was a horrible idea and should not be repeated in any form.

(Some analysts saw this as a never-in-reality-serious proposal that was simply intended to troll Republicans. Obama's track record of self-sabotaging "compromise" makes me doubt that.)

First, politically, it would have been a big but predictable mistake: Obama summarily capitulating by opening negotiations with a proposal that, under saner conditions, Republicans would have made on their own. Such a nomination would definitively prove that liberal establishment centrism, celebrated for its pragmatism, qualifies more as pathology than strategy.

Year after year, Obama has proposed half measures only to be summarily obstructed by Republicans. In doing so, he not only allows Republicans to drag the 50-yard line yet farther to the right but incapacitates progressives from actually setting goals or having dreams. Compromise is great and necessary. But the ends can’t justify the means if you aren’t clear about where ideally you want to end up. This frustration is precisely what is animating the current Democratic primary.

Sandoval, of course, would have likely been much better on many issues than Scalia, and, if I had to live under one Republican governor, it would probably be him. Critically, he supports abortion rights. But, while important, that shouldn’t be enough. The Supreme Court can and should do a lot more than narrowly ruling to keep the government from micromanaging women’s uteruses.

I’ve yet to see an even cursory review of Sandoval’s track record as a district judge and, now that he’s out of the running, none are probably forthcoming. But here are some areas where, given his history as governor, Sandoval might have fallen short:

The United States needs a justice who will not roll over in the face of police violence, who will stand up for the right to privacy as law enforcement and national security state agencies eagerly exploit novel surveillance technologies, and take a skeptical look at the death penalty and disproportionately draconian sentences in light of the Eighth Amendment’s ban on cruel and unusual punishment.

Sandoval would by no means have been the worst nominee possible. But it would have been a shocking one for a Democratic president to put forward. Obama is the president. He should propose the best possible nominee and stop negotiating with himself.