The three knife-wielding racists were arrested; Los Angeles police are investigating the attack as a hate crime 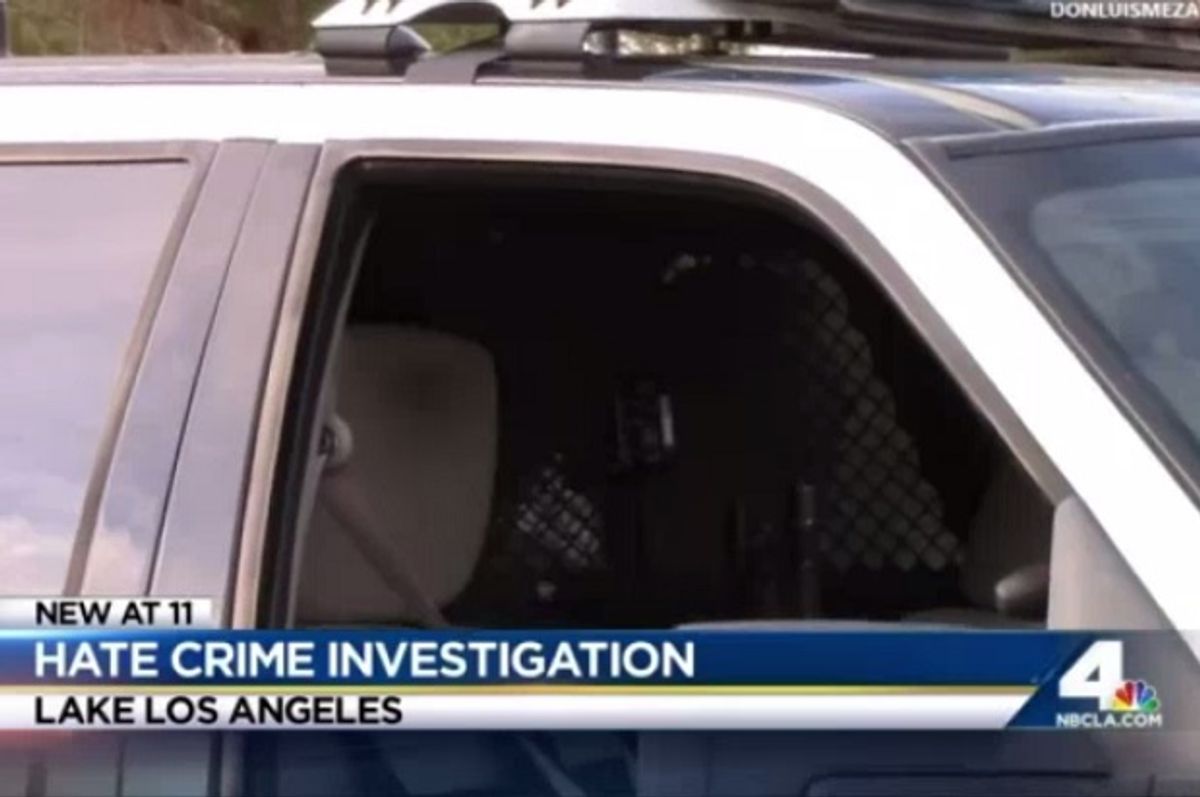 The three white supremacists were arrested, and police say they are investigating the attack as a hate crime, ABC7 reports.

NBC4 noted that the attackers openly called themselves white supremacists.

The local news outlets even reported that "one of the men who was arrested after this attack was heard yelling racial insults at the photographer who shot this video," and captured the incident on camera.

After the white supremacists attacked the teens, witnesses say they drew their knives and threatened a Latino family nearby.

The father of the family, who wished to remain anonymous for fear of his safety, told NBC4 "three white males came and they just started beating them [the Latino teens] up, and punching them."

"After that, they started coming toward us and they pulled out some knives, and they were saying that they would kill us," he added.

Authorities say no one was seriously injured.

Just a day before the attack, violence broke out at a Ku Klux Klan rally in Anaheim, California, which is nearby.

KKK extremists, who were protesting what they called "illegal immigration and Muslims," stabbed at least three anti-racist counter-protesters, with knives and a flagpole.

After a white supremacist stabbed an anti-racist counter-protester with the pointed tip on an American flag, a witness said he was grievously wounded.