"I don’t want to get Ghomeshi'd": Sexual assault trial gets the Carrie Bradshaw treatment — by the paper that helped break the story

Stay classy, Toronto! Canadian men are using "Ghomeshi" as a verb, and The Star has a dating expert's take on it 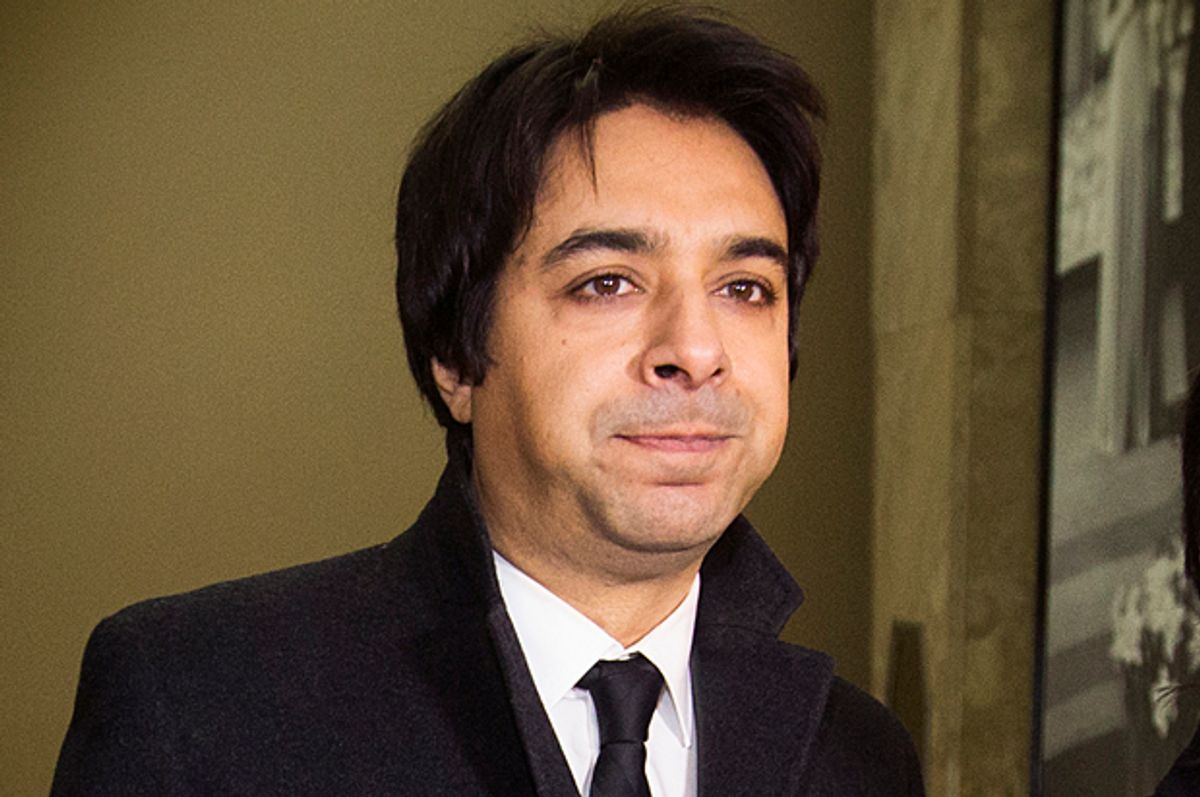 Is the sexual assault trial of a public figure a good venue for some soul searching into one's own contemporary dating landscape? I would say no. But in what one of the more WTF reads you'll come upon this week, writer Jen Kirsch says sure. Or as the Toronto Star headline puts it, this about "How the Jian Ghomeshi trial is affecting my dating life."

The photograph shows her in bed with her teddy bear, Hope. The story, a "special to The Star" feature for the Canadian newspaper, tells of the Toronto "relationship columnist and dating expert's" adventures — and concerns — in the post Jian Ghomeshi landscape.

Ghomeshi, you may recall, is the former host of CBC Radio's "Q" show. But in the spring of 2014, an anonymous Twitter account called "Big Ears Teddy" appeared, calling the host a "real life monster" and claiming he "keeps an impressive anthology of videos and photos of the young girls he chokes out."

Six months later, he was fired from his job in the midst of an investigation by The Star into claims of violent and sexually abusive behavior. The paper spoke to women who said that, among other things, Ghomeshi had "struck them with a closed fist or open hand; bit them; choked them until they almost passed out; covered their nose and mouth so that they had difficulty breathing; and that they were verbally abused during and after sex."

And Big Ears Teddy, it emerged, was not just the teddy bear Ghomeshi had publicly said helped him with his anxiety disorder — it was a prop he turned to face the wall during his encounters with women, because "Big Ears Teddy shouldn’t see this."

In a Facebook post as the accusations were emerging, Ghomeshi claimed his behavior had always been "mutually agreed upon, consensual, and exciting for both partners." Soon after, however, he deleted his social media accounts and has been keeping a low profile ever since.

But in February, he re-emerged in the public eye — and in court. He is currently on trial for four counts of sexual assault and one count of overcoming resistance by choking, stemming from incidents involving a woman he met in 2002. Ghomeshi says he is not guilty, and the trial has already proven contentious, with his attorneys saying the woman's account is "a lie." A verdict is set for later this month.

In the meantime, at least according to Kirsch, the story has become both an un-PC punchline and new kind of dating litmus test. She describes lounging in bed with a date who "playfully" wraps his hands around her neck and asks, "Are you OK with this? I don’t want to get Ghomeshi'd."

She says that she and her date laughed at the reference, but on a different night, "another suitor" drunkenly and un-persuasively texted her to "Let me Ghomeshi all over your face." (As a side note, I am never complaining about New York men again. Thanks, Toronto.)

But the Ghomeshi isn't just influencing the gentlemen in Kirsch's life. The way that the woman at the heart of his trial has been depicted has made her consider her own image and actions. She says she now no longer jests to new guys that "I totally just stalked your Facebook page" in case they take her seriously. She says she frets "about my word choice used in texts and emails past. I’ve contemplated deleting a come-hither bikini shot I posted on my Facebook profile."

But saddest of all is the fate of her teddy bear. Hope had been a gift to her mother, who died of cancer. "Since her passing," she writes, "I’ve kept it on my bed as a reminder of my mom and to always have hope." But now, she says, "Hope resides in the darkness of my closet, locked up in a shameful cage. I’m nervous and a bit embarrassed that I’ll bring someone home with me who’ll make yet another Ghomeshi and Big Ears Teddy reference."

Excuse me, I have to go bleach my mind now.

I can get that a high profile trial is an opportunity for conversation about consent and shaming. But I also question why the very paper that initiated the investigation into the serious and horrifying accusations against Ghomeshi is now treating them like lifestyle section fodder. And I find Kirsch's complaint that "I wish I didn’t have to monitor my way of being" a pretty petulant response to a sexual assault trial, and to the women who say they were really were Ghomeshi'd — by the man himself.