There's not much to be said about that this trailer, except that if you buy into it, you're likely illiterate 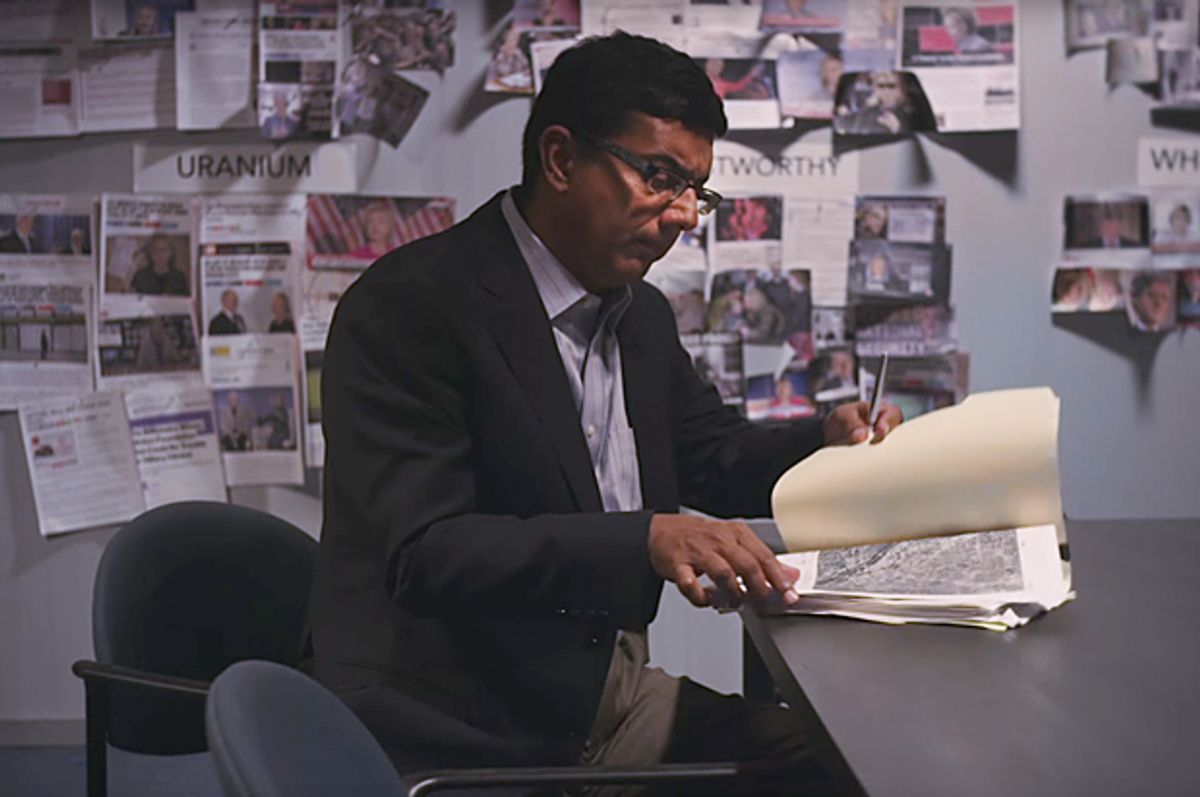 Dinesh D'Souza released a trailer to his latest film, "Hillary's America," and it may very well be the most ignorantly manipulative piece of film-making this film scholar has seen in decades. I would break it down, but it needs no breaking down, as it shouts at your face-holes in an attempt to circumvent your brain loud enough on its own: