A warning to the Supreme Court: The true lesson of Kermit Gosnell is that abortion restrictions get women killed

During last week's hearing on a Texas anti-abortion law, some bad arguments were advanced based on the Gosnell case 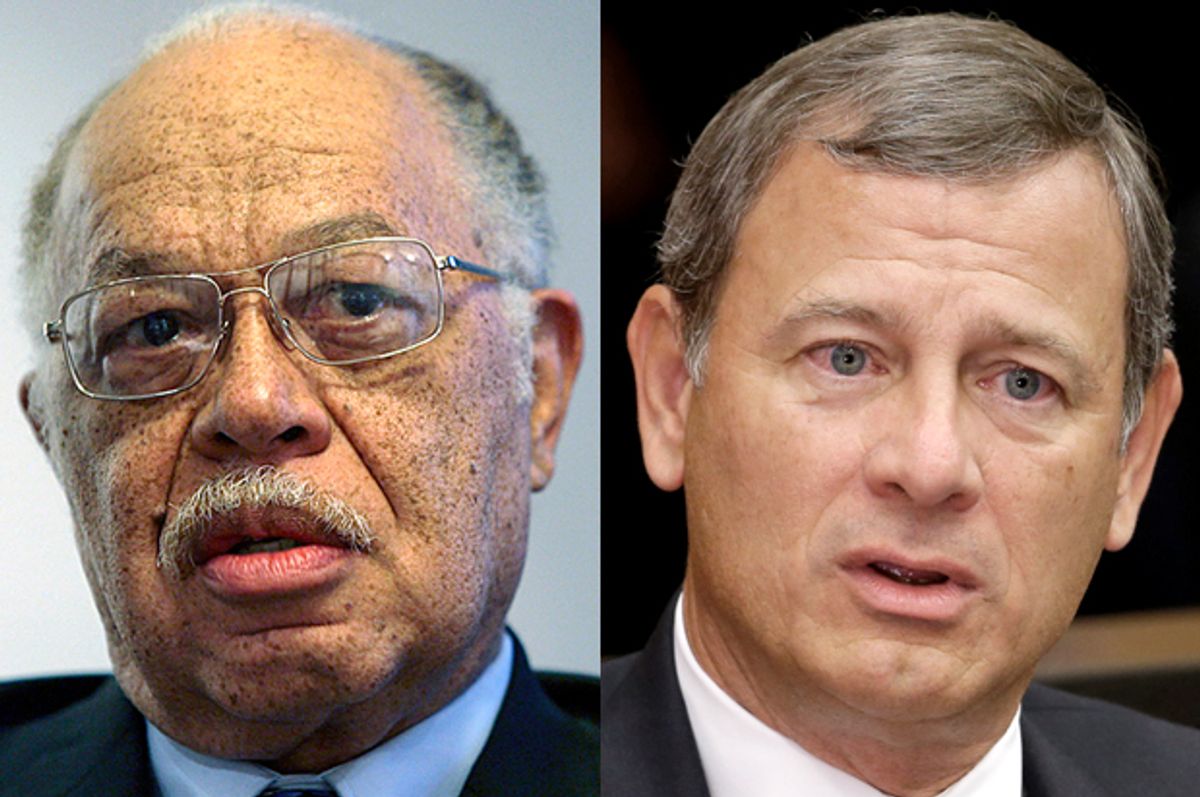 Doctor Kermit Gosnell preyed on poor Philadelphia women in obscurity until 2011 -- until a grand jury report disclosed allegations that Gosnell had used dangerous methods to perform illegal late-term abortions in a cat-urine-soaked clinic that doubled as a pill mill, killing delivered babies and injuring and murdering women. State regulators had looked the other way, failing to enforce strong laws on the books, despite repeated complaints.

And so the national media, along with anti-abortion activists, suddenly turned their eyes upon my old West Philadelphia neighborhood. Residents locked into segregated rowhouse blocks had suffered uninterrupted impoverishment for years. That hasn’t changed. After all, that wasn’t the point. Instead, anti-abortion activists used these women’s stories to launch an unprecedented push for laws nationwide, known as Targeted Regulation of Abortion Providers, or TRAP, which use the pretext of protecting women’s health to shut down abortion clinics. And it is working: At least 162 providers have closed in the United States since 2011, according to Bloomberg.

One such law, which would shut down the majority of Texas’ clinics, was argued over last week before the Supreme Court. And Gosnell’s ghastly specter was present:

“Justice Kagan, this bill was passed in the wake of the Kermit Gosnell scandal that prompted Texas and many other States to reexamine their abortion regulations,” Texas Solicitor General Scott A. Keller argued. An amicus brief filed by groups including the Texas Eagle Forum—the state chapter of an organization whose leader has said that unmarried women voted for Obama because “when you kick your husband out, you've got to have big brother government to be your provider”—contended that “the Gosnell prosecution and the accompanying revelations about the abortion industry not only for murdering live-born, viable infants but also for endangering and even killing abortion patients.”

Gosnell, according to anti-abortion advocates, revealed the true face of a profit-hungry industry that brutalizes women and their unborn children in what Justice Scalia once called “abortion mills.” The reality, however, is the opposite: Poor women were driven to Gosnell precisely because anti-abortion advocates have denied them access to affordable procedures. In a United States where abortions were available free and on demand, and where comprehensive sexual education and contraception were prevalent, Gosnell’s business model would have been a bust. Thanks to the Hyde Amendment, federal Medicaid funds are mostly barred from helping poor women pay for abortions. Some states pay out of their own funds. Pennsylvania does not.

Soon after the grand jury report was released in 2011, I spoke to advocates and experts in Philadelphia who described how poor women, unable to afford an abortion often delay getting them, scrambling to put together necessary funds as their pregnancy progresses and abortions become more expensive and, ultimately, illegal. Susan Schewel, executive director of the Women’s Medical Fund, predicted that abortion access would become even more restricted and that women’s lives would be in danger.

It appears that Schewel was right. Writing in the New York Times, Seth Stephens-Davidowitz found that “there were more than 700,000 Google searches looking into self-induced abortions in 2015.” The number skyrocketed in 2011, when post-Gosnell abortion restrictions first arose. “Eight of the 10 states with the highest search rates for self-induced abortions are considered by the Guttmacher Institute to be hostile or very hostile to abortion,” writes Stephens-Davidowitz.

In Texas, a 2015 study from the University of Texas’ Texas Policy Evaluation Project found that women appeared to be attempting abortions on their own at a much higher rate than the national average. The same trends are true internationally. A 2004 study looking at abortion laws and women’s health found “a clear pattern…in more than 160 countries indicating that where legislation allows abortion on broad indications, there is a lower incidence of unsafe abortion and much lower mortality from unsafe abortions, as compared to legislation that greatly restricts abortion.”

The anti-abortion ideologues who trotted out Gosnell’s victims last week before the Supreme Court have never, as far as I am aware, said much or anything about Philadelphia’s highly segregated metropolis, its sky-high incarceration rates, its profoundly-underfunded school system, boasting a joke of a sex education program, or the fact that the clinic was located in a congressional district with one of the highest poverty rates nationwide.

The women who turned to Gosnell likely did so because they had no other choice. Shutting down Texas clinics and providers throughout the South will only create more of the very monsters who anti-abortion advocates claim to abhor. Gosnell’s true lesson is that the anti-abortion movement’s supposed concern for women’s health is a farce. Safe and affordable abortions, incorporated into mainstream medicine, are the best way to save women’s lives.