"Something happened to me" -- Padma Lakshmi reveals childhood sexual abuse 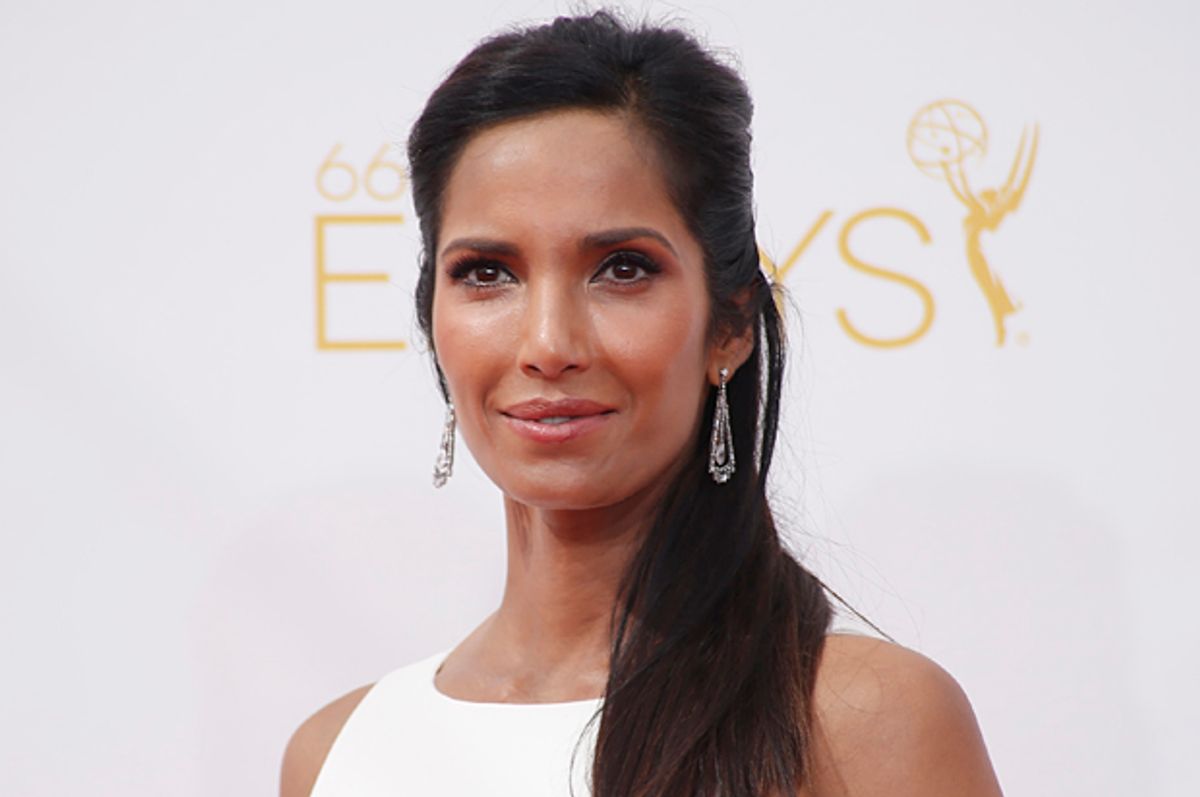 Something happened to me," Padma Lakshmi explained, "that happens to a lot of girls." Unfortunately, she's right. And unfortunately, not just girls.

On the publication day of her new memoir, "Love, Loss And What We Ate," the former model, "Top Chef" host and cookbook author sat down with People and Entertainment Weekly's editorial director Jess Cagle to discuss one aspect of her life that hasn't before shared: childhood sexual abuse.

As Lakshmi reveals in her book, when she was seven, she and her mother and stepfather were living in a two bedroom apartment in Queens, where she would occasionally share her bed with a friend of her stepfather. She now describes the situation as "a state of affairs that, to people like us, who were used to living far too many to an apartment in India, seemed relatively normal." And she recalls that "One night, I woke up to his hand in my underpants. He took my hand and placed it inside his briefs. I don't know how many times it happened before, since I suspect I slept through some incidents." When her mother noticed signs that her daughter was distressed, Padma tells Cagle that "Once you take a girl's innocence, you can never get it back. What I remember more is telling my mother what happened and her believing me, and then she and I telling someone else and that person not believing me. And then the next week I was sent to India." It marked the end of her mother's marriage.

Lakshmi is now the mother of a six year-old daughter herself. "I think of all those girls I pass on the street who are in elementary school," she tells Cagle. "I think about my daughter's classmates or my daughter. And it happens. It happens a lot. It happens more than we think. It happens to seven out of ten girls or women at some point in some way in their lives." Lakshmi's statistics are hard to prove — the RAINN, the Rape, Abuse & Incest National Network, estimates that "1 out of every 6 American women has been the victim of an attempted or completed rape in her lifetime." RAINN also estimates, it should be noted, that 18% of juvenile sex abuse victims are male. And a controversial 2007 report declared that one in five female college students have experienced some form of sexual abuse — though it defined it broadly to include "sexual harassment, stalking, and intimate partner violence… nonconsensual penetration and nonconsensual touching."

Yet by sharing her story, Lakshmi has become yet one more very public face of abuse survivorship. Last month at the Academy Awards, Lady Gaga — who first disclosed two years ago that early in her career, she'd been sexually assaulted — gave an emotional performance of "Till It Happens to You," her Oscar nominated song from the documentary "The Hunting Ground." Afterward, she posted a message on Instagram in which she acknowledged, "It took me a long time to even admit it to myself because I'm Catholic and I knew it was evil but I thought it was my fault. I thought it was my fault for ten years." After Sundance in January, Gabrielle Union discussed her role in "The Birth of a Nation," and how it was informed by her own experience, saying, "As a rape survivor, I know how powerful and voiceless I felt myself for a very, very long time, and the shame and the rage. It’s only relatively recently that I found the power to have a voice."

Lakshmi writes in her memoir that "In retrospect," her stepfather "should have been the one to go. Years later, in tears, my mother would acknowledge this grave mistake." Yet as a young child who had been molested, she was nonetheless fortunate to have a parent who believed her, and who moved quickly to remove her from an abusive situation — even as she says, "I didn't understand it then."

Sexual abuse thrives in silence. And even without knowing for certain exactly how prevalent it is, Lakshmi's call to "think of all those girls I pass on the street" is a reminder that it does indeed happen a lot. Not just to other people. Every person who shares their experience makes it easier for someone else to confide in a parent or a teacher, makes it possible for his or her abuse to end and for the stigma and shame that survivors unfairly endure to become a thing of the past. As Lakshmi says, "If women like me don't talk about it, who will?"