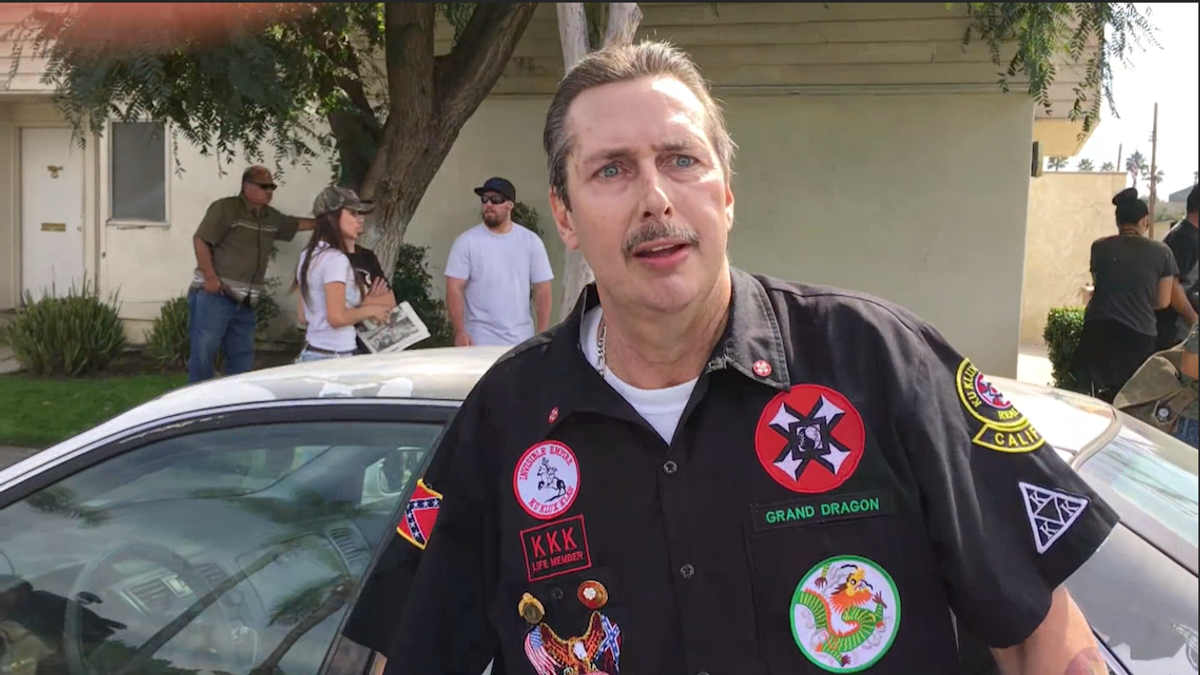 Will Quigg, grand dragon of the KKK's California chapter, just retracted his support for Donald Trump in favor of a more surprising candidate... Hillary Clinton, reports the Telegraph.

"We want Hillary Clinton to win," said Quigg, citing the fact that she has a "hidden agenda" and will show "her true colors" once she is president.

But when asked how he knows of Clinton's "hidden agenda," Quigg claimed that he could not reveal his sources.

He went on to say that Clinton supports border policies and gun ownership, putting her in the klan's favor.