Trump has given women a new reason to hate him by vowing "punishment" for abortions, but let's not forget how anti-women Cruz and Kasich are, too 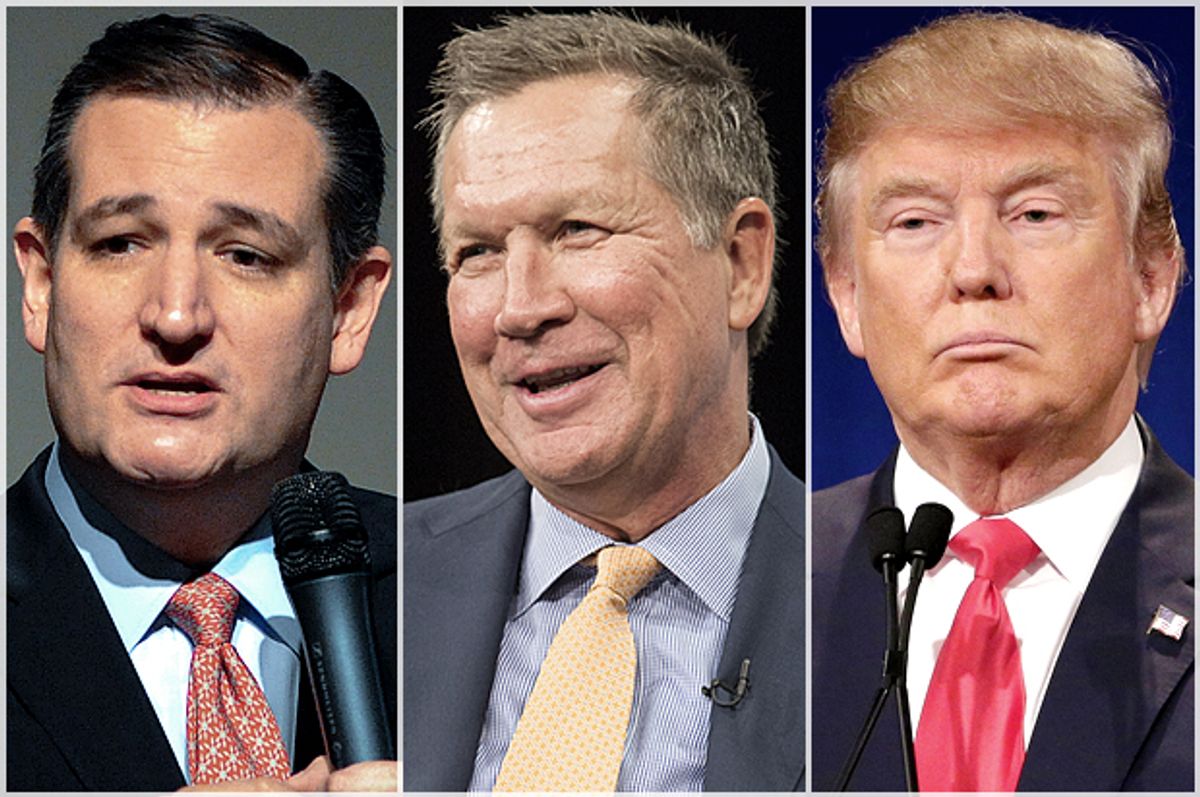 On Wednesday, Donald Trump, fighting to defend himself on women's issues on multiple fronts, managed to out-do himself in the "World's Greatest Misogynist" category. In a MSNBC town hall, the Republican frontrunner called for “some form of punishment” for women who have abortions if the procedure becomes outlawed in the U.S.  Prior to this idiocy, and the Twitter shenanigans of “Wifegate,”  a poll by CNN revealed some pretty damning numbers of female voter's views towards Trump. According to the data,  73 percent of women in America — both Republicans and Democrats — said they disapprove of the billionaire.

In any case, we knew Trump was sexist — remember, Megyn Kelly bleeding “out of her wherever” —  so what about the other Republican candidates, Cruz and Kasich? We wouldn’t want them missing out on the chauvinist train.

Here are the five most sexist quotes and positions from each candidate, minus Trump: