Anderson Cooper scolds Carly Fiorina: Trump received more attention from CNN because unlike you, he returned our phone calls

"He was willing to do interviews," Cooper told Fiorina, "which your campaign was, frankly, unwilling to do" 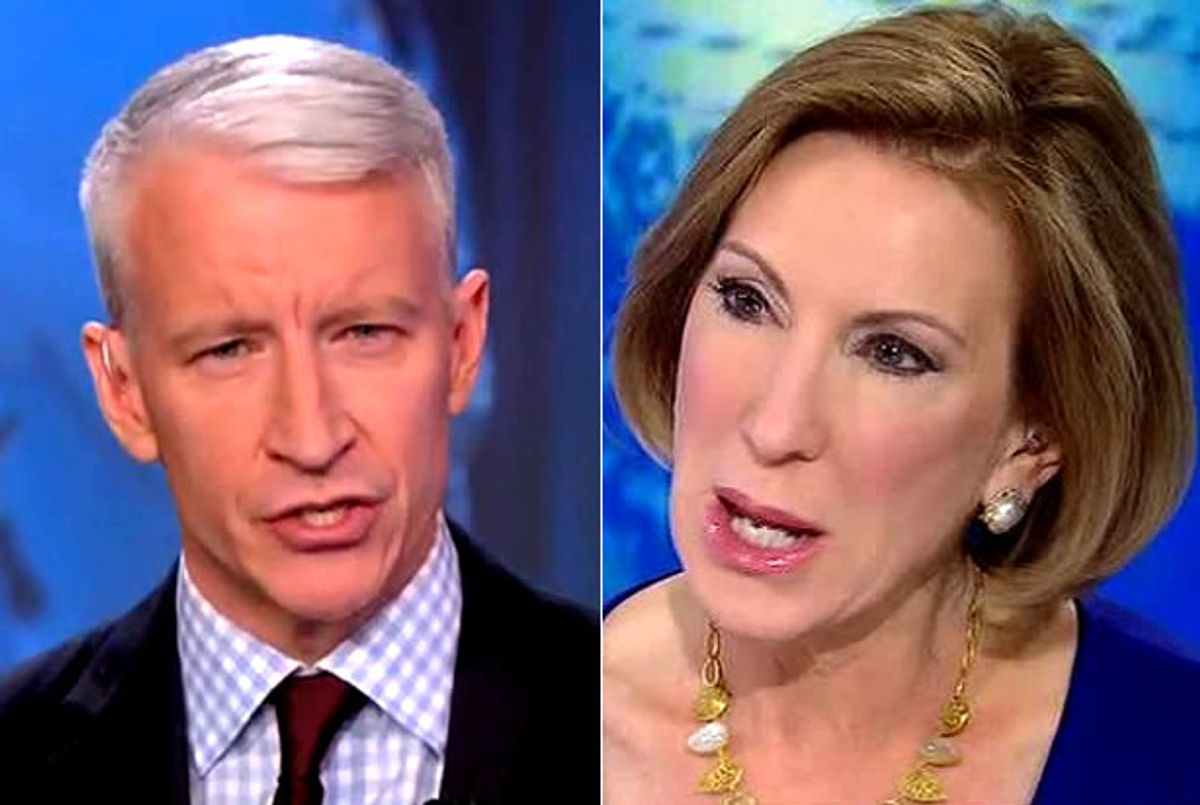 On Anderson Cooper 360 Wednesday evening, the CNN host took issue with Carly Fiorina for claiming that it is the media's fault that Donald Trump is the current Republican front-runner instead of someone more qualified -- presumably, someone like her.

That didn't sit well with Cooper, who noted that unlike her campaign managers, Trump's representatives made their candidate available for media appearances. "Donald Trump returned phone calls," Cooper said, "and was willing to do interviews, which was something your campaign -- frankly -- wasn't willing to do."

Fiorina took issue in the most offensive way possible, claiming that on the campaign trail candidates "have a very particular schedule, and some times when you're running for office, believe it or not, a more important item is to meet with voters."

Cooper replied that CNN "reached out to you to follow you around the campaign trail," thereby negating the need to reschedule "more important item[s]" like "meet[ing] with voters," but that the network never heard back. Given that that's the case, Cooper asked if it was fair "to point the finger at the media."

"I will say this," she added, "every objective assessment of the media coverage says the same thing -- that Donald Trump has gotten far more media coverage than all of the other candidates combined. So, is it fair to say Trump has hit a nerve with voters? Sure." However, she concluded, the media is still complicit in his "meteoric rise."