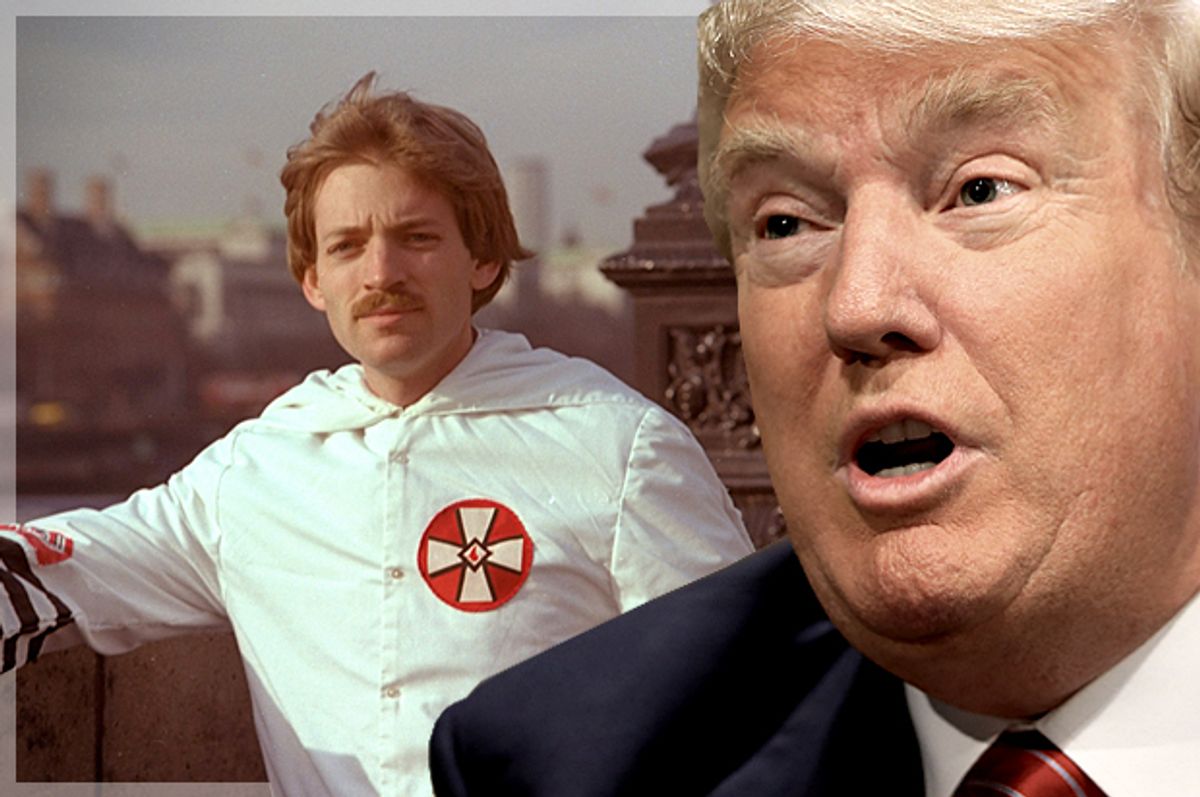 Former Grand Wizard of the Ku Klux Klan and Louisiana state representative David Duke discussed the ways in which the media's attacks on GOP front-runner Donald Trump might accidentally help rehabilitate the reputation of "that fellow with the mustache back there in Germany."

He opened by acknowledging that the comparison between Trump and Adolf Hitler isn't entirely apt, because it's "the media" that's inciting "hatred and violence, not Donald Trump," whereas Hitler was clearly responsible for inciting violence against Jews in the years leading up to the Second World War.

However, he added, the media might "be rehabilitating that fellow with the mustache back there in Germany, because I saw a commercial against Donald Trump -- a really vicious commercial -- comparing what Donald Trump said about preserving America and making America great again to Hitler in Germany preserving Germany and making Germany great again and free again and not beholden to these Communists on one side, politically who were trying to destroy their land and their freedom, and the Jewish capitalists on the other, who were ripping off the nation through the banking system."

Presumably, this would "rehabilitat[e]" Hitler's reputation because Trump is also dealing with "[c]ommunists" like Bernie Sanders on one side, and "Jewish capitalists" on the other. Or, in his words, "we have the same thing going on here with Goldman Sachs."

Listen to the entire segment via Right Wing Watch below.