Iggy Azalea tries for a comeback: Can she recover from her rapid fall from pop culture grace? 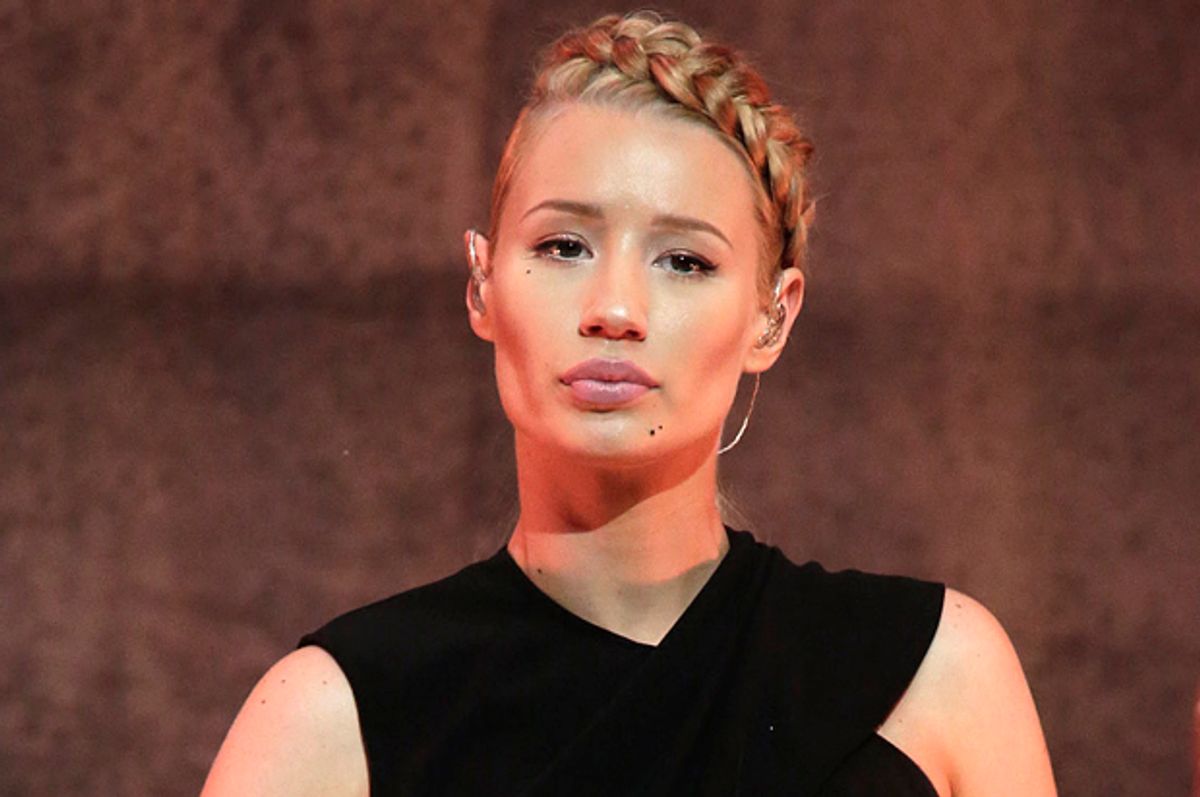 In terms of meteoric climbs to fame, precipitous falls from grace, and now, eager attempts at comebacks, you've got to give Iggy Azalea credit for one of the fastest circuits through that particular celebrity cycle in recent history. Can she make it stick this time?

It's been a scant two years since "Fancy," the breakout from her debut album "The New Classic" was released. What followed was the summer of Iggy, as that single, along with the follow-up "Black Widow" and her guest vocal turn on Ariana Grande's "Problem," were as inescapable as the melody from the ice cream truck. As the year chugged on, Azalea toured. She appeared on "Saturday Night Live." The young, blonde Australian with the handsy fans and the controversial penchant for racial appropriation became the It Girl of the year. And then, boom, it all seemed to vanish, and the applause stopped.

That this foreign white girl — one performing in a put-on dialect — was achieving such meteoric success in one of the most racially fraught moments in American history swiftly became an unavoidable sore point. In 2015, Azalea was shut out of all four of her Grammy nominations. She postponed, and then finally canceled, her Great Escape tour for reasons that included low sales and not garnering an opening act. Her early career tweets surfaced, and they were rife with undeniable racist and homophobic content. Typical posts: "When guys whisper in each others ears I always think it's kinda homo" and "Asian women abuse false eyelashes." The revelations led to her contritely canceling a Pittsburgh Pride event. In June of 2015, the Washington Post was already offering up "a breakdown of Iggy Azalea’s demise."

In the midst of it all there was more beef going around than at a state fair barbecue. There was T.I. beef. There was Q-Tip beef. There was Azealia Banks beef. There was even Papa Johns beef. By this past January, she was telling her remaining fans on Twitter, "Bad news update: My record label Virgin/EMI seems to feel the response to my viral record 'zillon' wasn't good enough & I’m not allowed a video…. I felt like it was dope so, whatever,” she continued. "Ted Cockle doesn’t wanna see me shine. What can I say…. If all else fails I’ll just drive around LA and play my new album really loudly every Monday from 4-6pm hahaha."

Reminder: This is a woman who, the year before, was holding court in both first and second place in the Billboard top ten — a feat matched only by The Beatles.

But now Azalea is trying to claw her way back into the public's good graces. Her new album "Digital Distortion" is set to release, and her single, "Team," dropped early this morning. It's been a rough road. What do you do when you've built your image on sounding like you're someone else? Speaking with Elle Canada earlier this month, Azalea admitted "If I could, I would 'Men in Black' memory-erase 2015, I totally would." And this week with Schön magazine, she asserted that, "I had to have a psychotic breakdown last year. I felt tired and stressed out. Last year, I felt like I was definitely not in control of the media's narrative of me. It made me feel very out of control of my own life or my ability to have my own perception of who I was."

I'd wager that self-diagnosing what a "psychotic breakdown" looks like is tricky business, but I'm not one to tell the woman what went on in her own brain. She seems to still be on the mend. On Friday, she complained on Twitter that "Guys i actually feel so sick, My whole body feels weak." Maybe it's growing pains.

The new song, meanwhile, is currently rising on iTunes, and the video is closing in on two hundred thousand views. It features a multi-ethnic cast of dancers, and Azalea herself, the blonde girl from Sydney, is nowhere to be seen. Make of that of what you will.