For months, pundits have been predicting the GOP front-runner's demise, but it just hasn't happened 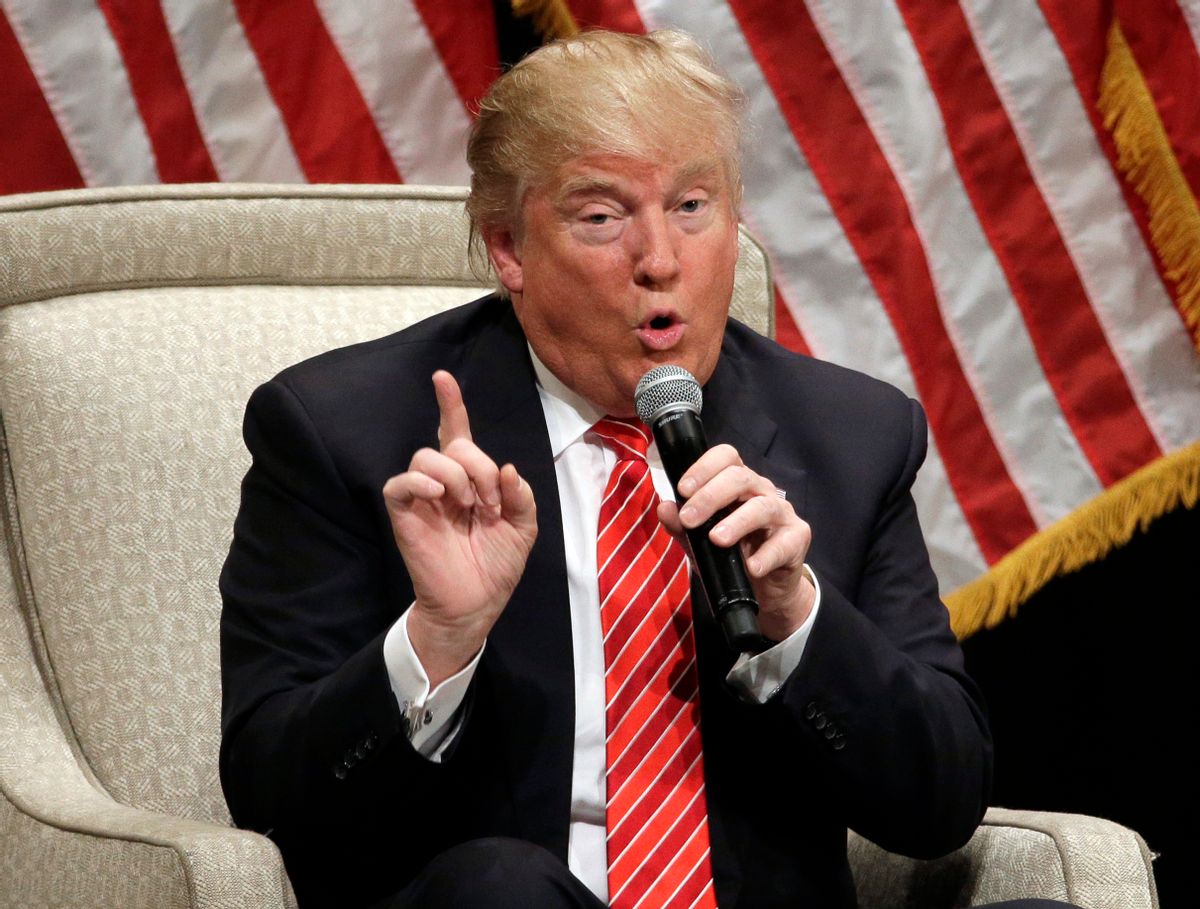 Donald Trump is not a joke. After months of denying the reality of his appeal and laughing off the possibility he might be president, Trump’s victories in Florida, Missouri, Illinois and North Carolina on Tuesday have solidified his position as the likely GOP nominee. His staying power has led the pundit class to begin wondering what they missed. One is the persistence of Islamophobia in the United States and the extent to which it drives support for Trump.

We used the new American National Election Studies 2016 pilot survey to explore Trump’s persistence. ANES 2016 is a 1,200-person Internet survey performed by YouGov between Jan. 22 and 28 this year that includes a battery of questions about race. Though online surveys have drawn some minor criticisms, leading political scientists Stephen Ansolabehere and Brian Schaffner have shown that opt-in panel surveys are just as reliable as telephone surveys. Finally, the ANES pilot study also included a feeling-thermometer test, which asks respondents to place their feelings for different groups on a scale from 0 (very cold) to 100 (very warm). The model below shows that as a positive feeling toward Muslims increases, individuals become dramatically more likely to identify as Democrat, but less likely to identify as Republican or to support Trump. The model controls for age, gender and education. (Although the lines for Trump support and Republican identification are similar, our analysis shows the relationship is statistically stronger for Trump supporters.) “hate crimes against Muslim Americans and mosques across the United States have tripled.” The crimes committed included “assaults on hijab-wearing students; arsons and vandalism at mosques; and shootings and death threats at Islamic-owned businesses.”

Widespread Islamophobia also helps explain why even the most extreme anti-Muslim rhetoric hasn’t harmed Republican candidates. Though it is easy to single out Trump for approvingly citing a right-wing myth about executing Muslims with bullets dipped in pig’s blood, the comments of mainstream GOP candidates have been nearly as disturbing. In an interview after Trump’s call for a ban on Muslims entering the United States, Ted Cruz called for restricting entry from some countries, but with exemptions that Greg Sargent reports were “widely seen as an effort to exempt from the ban refugees who are Christian or non-Muslim.” Marco Rubio, often seen as a moderate on the right, likewise tried to downplay hostility toward Muslims, while emphasizing what he described as a bias in the Obama administration against Christians. As political scientist Jason McDaniel has shown (along with one of the authors of this piece), there is strong reason to believe right-wing media is fostering these Islamophobic stereotypes. They write,

Consider the right’s reaction in 2010 to plans to construct an Islamic community center in Lower Manhattan, infamously dubbed "the Ground Zero mosque." Leading Republicans including John McCain, Sarah Palin, Mitt Romney and Newt Gingrich all condemned the building, often in strongly Islamophobic language. One particularly odious political ad -- funded by a Koch-backed political nonprofit and targeting a Democratic congressman from Iowa who had supported the community center -- gravely issued the following warning:

“For centuries, Muslims built mosques where they won military victories. Now, they want to build a mosque at Ground Zero, where Islamic terrorists killed 3,000 Americans. It’s like the Japanese building at Pearl Harbor.”

A study on the controversy finds those who relied heavily on Fox News were more likely to believe false rumors about the cultural center and mosque—for example, that the imam who supported it was a terrorist sympathizer.

The explanation of Trump’s success is simple: The latent racism, xenophobia and other powerful social forces fostered by the right for decades have simply been extended by Trump to their next logical extreme. As racial scholar Ian Haney-Lopez writes,

“[George W.] Bush was careful to cabin his remarks in terms of extremists and ‘a perverted visions of Islam,’ but the global terms in which he framed his analysis belied such fine distinctions.”

That is, Bush’s language “was operating more in the register of a dog whistle, a way to advance a basically racial message while still maintaining plausible deniability.” Even today, Bush is seen as more moderate on issues related to Islamophobia. But the aggressive domestic surveillance policies he pursued, and the rhetoric of the last few years indicate Islamophobia was ripe on the right. Trump is just the most successful politician to date at picking the fruit.

Philip Cohen is a sociologist at the University of Maryland, who runs the blog Family Inequality. Follow him on Twitter at @familyunequal.