The Brussels terror attack: What we know about the investigation so far 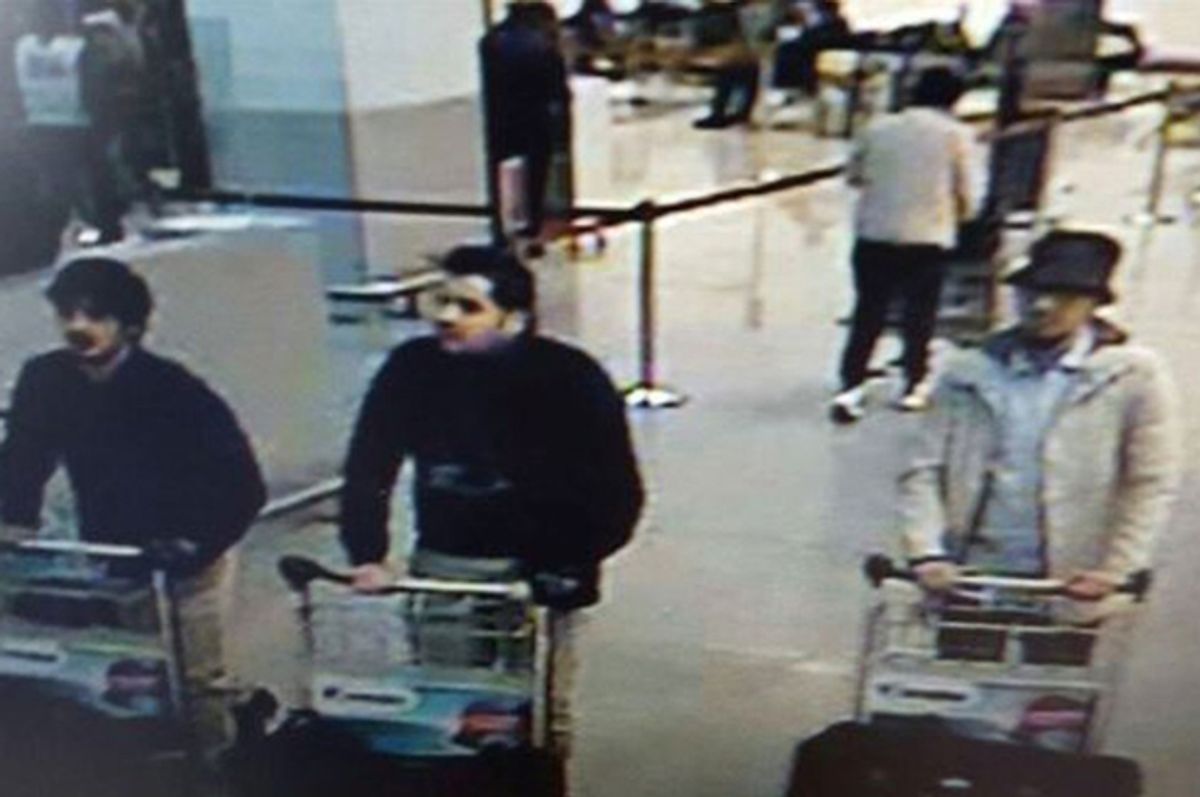 Three men who are suspected of taking part in the attacks at Belgium's Zaventem Airport. (AP/Belgian Federal Police)
--

At least 31 people were killed in the Belgium capital of Brussels following two separate attacks by ISIS.  The group claimed responsibility for the massacre, carried out at Brussels International airport and Maelbeek metro station Tuesday morning.

Here's what know so far about the investigation:

- A security camera photo of three unidentified men was published by Belgian media outlets who police suspect are behind the bombings. The picture shows three men with dark hair, pushing luggage carts in the airport.

- A third, undetonated bomb was found later in the day at Brussels Airport.  The country has reinstated its level 4 terrorist alert, the highest since the Paris attacks in November 2015, noting "serious and imminent attack."

- The explosions were said to have been detonated by suicide bombers, but authorities are on a manhunt for at least one suspected surviving attacker. The attacks targeted Zaventem airport at roughly 7 a.m., killing 11, and Maelbeek metro station an hour later, where 20 people were killed. More than 200 others have been seriously injured.

- Last Friday, police arrested Salah Abdeslam, a suspect in the Paris attacks during a raid in a Brussels suburb. It is now believed that Abdeslam was meant to have taken part in Tuesday's bomb attacks in the Belgian capital, POLITICO writes.

- Police raids in Schaarbeek, a northern suburb of Brussels, later found an explosive device "containing nails, among other things" according to the Belgian prosecutor’s office. Investigators also found chemical products and an Islamic State flag.