The conversation we need to have about infanticide

A Staten Island woman is charged with the murder of her newborn, but nobody is asking the right questions about it 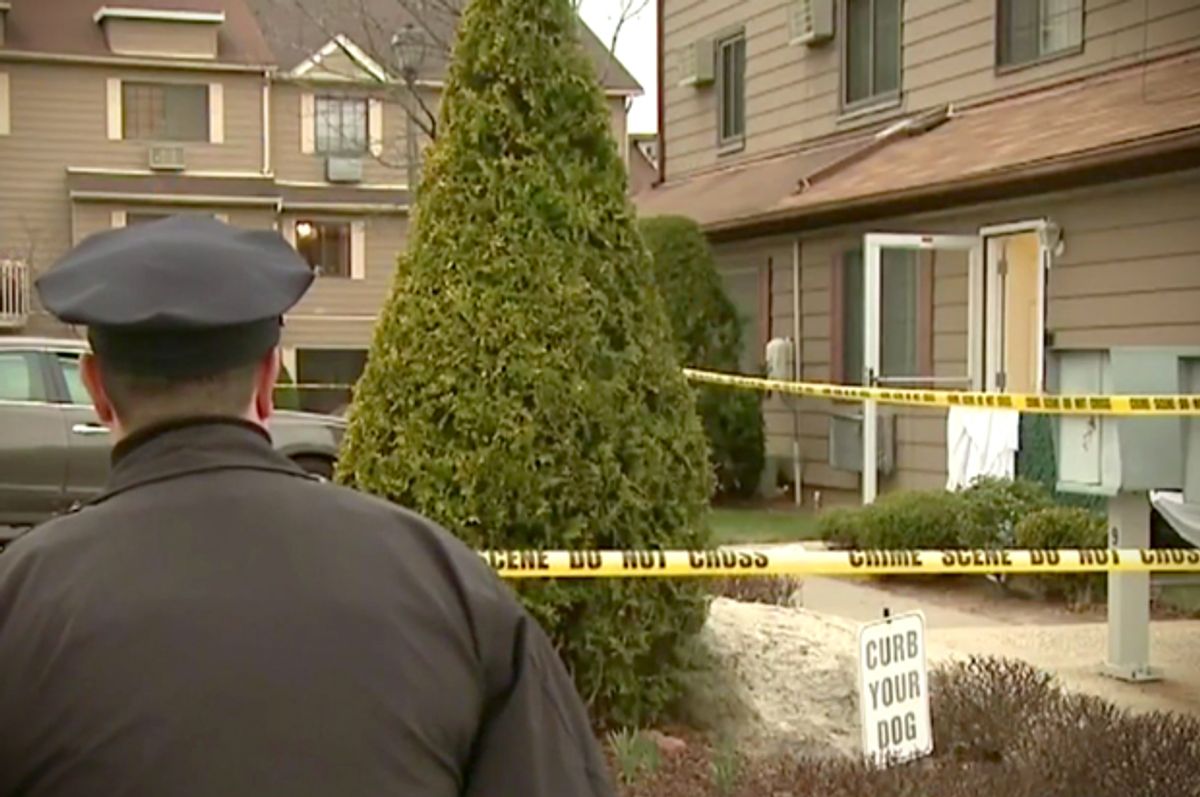 The chronology of events reeks of desperation and disconnection. Twenty-eight-year-old Nausheen Rahman gave birth to a baby girl, alone, in her family’s Staten Island condo. The accounts of what happened next are contested. She's been charged with the murder of her newborn, a baby girl, and then disposing of the body in a trash can outside the home where she lives with her parents and two younger brothers. Her family claim that they didn’t know Ms. Rahman was pregnant.

The Staten Island assistant district attorney, Jane Grinberg, made the case that this was a violent, horrific act for which Ms. Rahman should be punished. Because she has relatives outside the United States, Judge Raja Rajeswari ordered that Ms. Rahman be held at Rikers Island Jail without bail. She will remain there while she awaits trial.

If the prosecution’s case is true, what would cause a woman like Nausheen Rahman to do what she did? If the events are not what they say, and Ms. Rahman didn’t kill her baby, then what happened, and why?

The facts as presented by the prosecution thus far bear striking similarity to the case of Purvi Patel in Indiana. Patel, a 33-year-old Indian American woman, lived with her parents and grandparents, took care of them and worked at the family store. Last year, she became the first woman in the United States to be convicted and sent to prison for feticide. She asserts that she had a miscarriage. Asian American women are certainly targets for bias, and, consequently, prosecution. In 2011, Indiana prosecutors charged Bei Bei Shuai with attempted feticide and murder. Ms. Shuai, a Chinese immigrant, attempted suicide unsuccessfully, and then delivered a baby that died soon after birth. She wasn’t offered mental health care, or community support. Instead, she was held without bail for over a year. In the face of more prison time, Ms. Shuai accepted a plea deal to a lesser charge.

Most often, stories of infanticide are told with great, sensational delight in the details. The New York Times titled its article about Ms. Rahman’s case: “Details of Baby-Killing Charge Prompt Gasps in Staten Island Court.” They recounted the alleged murder and disposal of the body. This kind of coverage both balks at and dwells in the horror of the act, while hardly examining or attempting to understand it.

But a superficial understanding of the the conditions in which these women live underestimates the connection between sex and/or sexual assault on the one hand, and shame and stigma on the other. All of which leads to silence. And silence leads to isolation.

This phenomenon occurs across the spectrum -- so many of us face the shame, silence and isolation trifecta. Those who become pregnant out of wedlock, those who want an abortion but are told it is a sin, those who become pregnant and are drug-dependent, those who are LGBTQ, those who want an abortion and can’t get one because they are too poor, too far away from a clinic, or too ashamed. Those who need mental health support. Those who feel backed into a corner with no way out. This is a conversation to be had in our diverse communities, hardly any of which are immune to perpetuating shame and silence. This is a conversation that should certainly include reproductive rights, since we know that the legalization of abortion in 1973 precipitated a significant drop in the numbers of infanticide in the U.S.

Legal scholar Michelle Oberman has studied the issue of infanticide, and finds that women who kill their newborn children do so out of desperation, isolation and fear. Many are living in precarious financial situations, without access to reproductive health education or access to abortion. Of course, killing a newborn is wrong, and horrific. But why does it happen? Why might it have happened in this case? Oberman’s research finds the way to understand why a woman might kill her infant child is to pay close attention to the circumstances and conditions of mothers in general. Financial security, familial expectations, experiences of violence and mental health issues are all in the mix.

If you google “infanticide in the US” you’ll be directed to a plethora of anti-choice websites and screeds about immorality and destruction of family values. Some of them make bizarre claims about what is legal with one website absurdly claiming that if babies are not wanted, “they can be killed by lethal injection, dismembered in utero, or put to death after birth.” Not only are these claims false and destructive, they actively ignore the increasing numbers of women being incarcerated for infanticide. They also, of course, determinedly ignore any element of infanticide that would consider the women involved.

If we are, unlike these groups, interested in preventing infanticide, we might focus on developing a sincere understanding of it. First, we have to resist the conflation of miscarriage and infanticide, as in Purvi Patel’s case. Indiana’s law, which was supposedly passed to protect pregnant women, is being used to criminalize them. Patel’s case means women can be imprisoned not only for abortion, but also for miscarriages or home births in which the child is born but does not survive. Second, we have to understand the root causes of infanticide when it does occur. Pregnant women who don’t wish to be pregnant deserve access to the full range of reproductive health options available to them, including abortion access. Pregnant women deserve the health care, including mental health care, they need in order to have healthy pregnancies. Those are the solutions that we need. Mere criminalization is not anywhere close to acceptable.

To focus on the gruesome act, without consideration of the women themselves, their stories and their experiences makes it impossible to get a nuanced understanding of the phenomenon of infanticide. Ending the conversation with the horror and the sensation does nothing productive.

Eesha Pandit is a writer and activist based in Houston. You can follow her on Twitter at @EeshaP, and find out more about her work at eeshapandit.com.