To Trump, women are either sex object trophies or worthless, and he’s encouraging his fans to follow suit 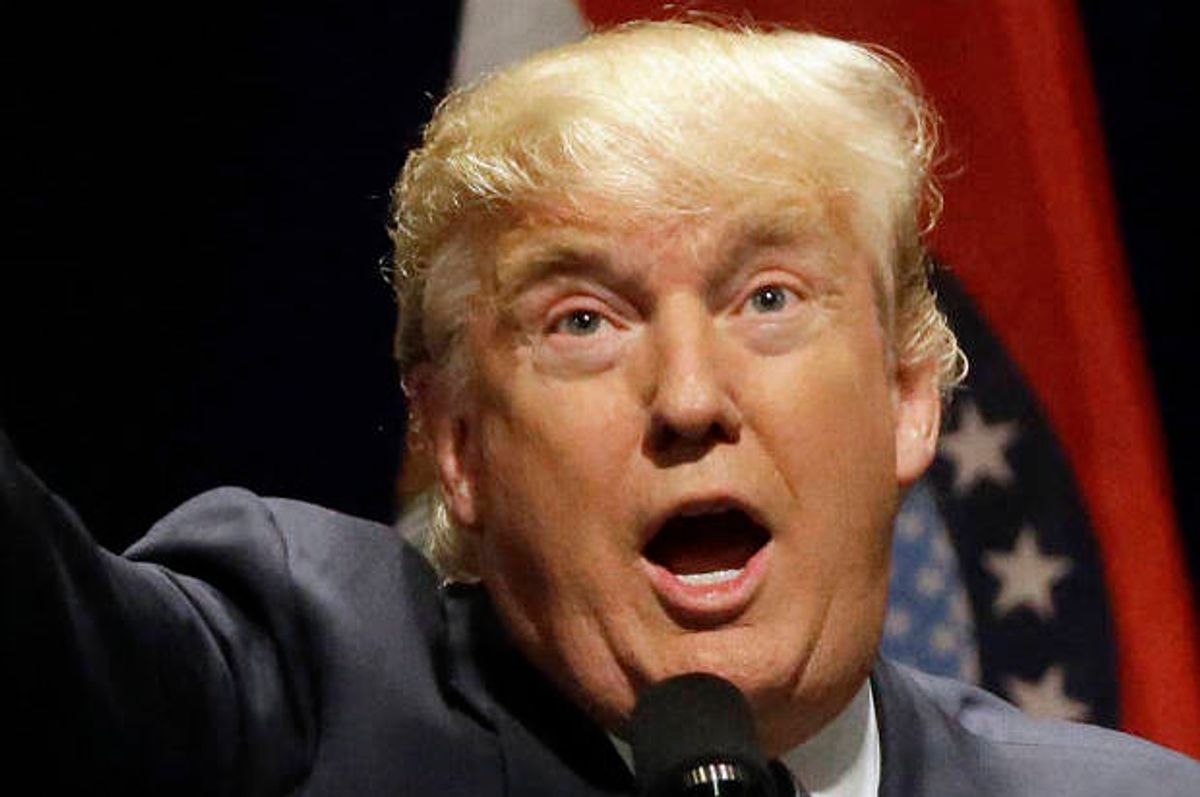 I keep having this recurring nightmare that a sputtering sexist Twitter troll is the leading Republican candidate for our nation's highest office. And then I realize I'm not dreaming and all I can do is pretend that America is not happening right now.

The thing about Donald Trump is that however busy you might think someone seriously hoping to become our next commander in chief might be, he always manages to stop and make time for the little things, like smack-talking his opponents — and their wives. With all the gentlemanly decorum of someone who has an egg avatar or considers "Yo mama" a suitable riposte, Trump this week has been fuming over an ad created by a pro-Ted Cruz Super PAC.

The ad, paid for a group calling itself Make America Awesome and not authorized or endorsed by Cruz, features a nude British GQ image from 2000 of Trump's former-model wife with the words, "Meet Melania Trump, your next first lady. Or, you could support Ted Cruz on Tuesday." America, I guess we still have a way to go in catching up with France in terms our national tolerance for nude first ladies.

But so outraged was Trump as this apparent dis on his lovely wife that he immediately tweeted out the threat, "Lyin' Ted Cruz just used a picture of Melania from a G.Q. shoot in his ad. Be careful, Lyin' Ted, or I will spill the beans on your wife!" He later blustered, "Lyin' Ted Cruz denied that he had anything to do with the G.Q. model photo post of Melania. That's why we call him Lyin' Ted!" and then went on to use the phrase "Lyin' Ted" five more times in subsequent tweets.

Though Trump has yet to make good on his ominous legume-detonating threat about Heidi Cruz, he did — in his famously retweet-addicted way — RT an image from a supporter who claims to be a "PhD, MBA, Neurosurgeon" that featured an unflattering, grimacing image of Mrs. Cruz side by side with a glamor shot of Mrs. Trump, and the message "No need to spill the beans… the images are worth a thousand words."

Welp, it doesn't get much more sausage-waving than that. Vote for me! My wife is hotter!

Heidi Cruz is an investment banker who worked for the Bush administration. She is a mother of two. She's also not running for president. Her husband — who by the way may be actually be the devil — is. But in Trump's small, nasty mind, women exist as props to be ogled or measures of other men's success.

In a week in which the conservative Republican families-values governor of Alabama is in the hot seat after the release of tapes of what a colleague describes as "the saddest phone sex ever" with an aide, the GOP's really crushing it right now in the field of publicly treating adult women like little more than spank material. It's pretty sad when likely lord of the underworld Ted Cruz comes off as the evolved one here, after replying to Trump that "Donald, real men don't attack women. Your wife is lovely, and Heidi is the love of my life."

And if you think this is just about two middle aged guys bickering about their ladies, check out the Twitter responses to the whole squabble — the gleeful "HEIDI = OWNED" and, conversely, "Hey classless Trump why does your immigrant wife look like a grey alien?" By setting the conversational tone in his usual smug way, Trump's given permission to followers and fans to declare open season on his opponent -- and his wife.

God knows Hillary and Michelle have endured a deluge of negative commentary about their appearance for committing the sin of being married to a president. But their husbands never made it seem permissible to do that. Cruz doesn't even do that. But Trump, ever finding new depths to sink, goes ahead and mocks the mother of his opponent's children — and with that, gives the signal to his fans to troll her, too.