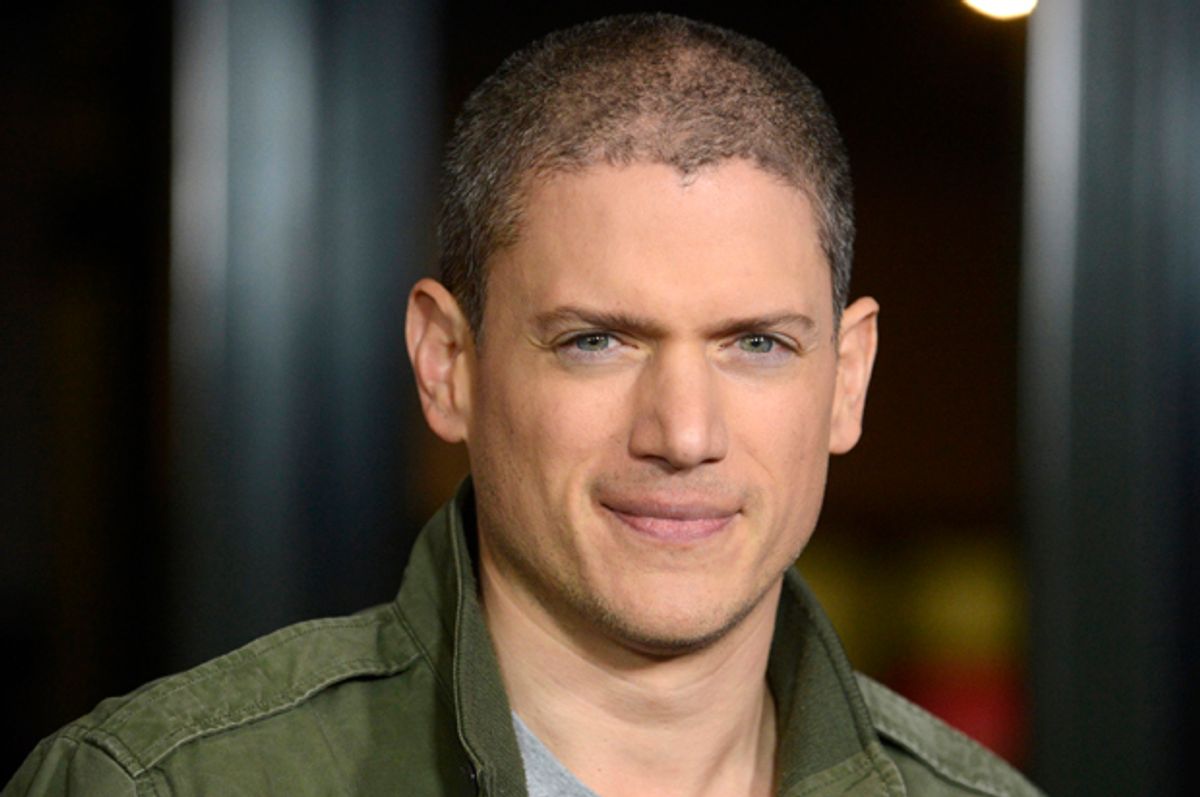 Here's yet another reminder — just because a person is walking around on the planet in corporeal form is not an invitation to snark on his or her appearance. You know what, let's just let Wentworth Miller explain it.

The 43 year-old screenwriter and current "Legends of Tomorrow" star has already dealt with more than his share of ignorance, in all sorts of forms, over the course of his career. As a biracial man, he's confessed he's been in "situations where I might be standing around with a group of white friends and someone makes a comment that they wouldn't make, say, at my family reunion. It leaves a cut. Someone calls you 'n___er' and it's like a knife to the gut. To be in that sort of situation it's just a little nick, but you suffer enough nicks and you bleed to death just the same."

And three years ago he recalled how, as a gay teen, "The first time I tried to kill myself I was 15. I waited until my family went away for the weekend and I was alone in the house and I swallowed a bottle of pills." He said that "Growing up I was a target. Speaking the right way, standing the right way, holding your wrist the right way. Every day was a test and there were a thousand ways to fail. To not live up to someone else's standards of what was acceptable.... And when you failed the test, which was guaranteed, there was a price to pay. Emotional. Psychological. Physical. And like many of you, I paid that price. More than once."

Now, he's speaking out again, this time about body shaming. On his Facebook page Monday, he referred to a meme posted by The Lad Bible. In it, an image of him, shirtless and as his "Prison Break" character of several years ago, appeared next to another one of him from a few years later, smiling but a few pounds heavier. The caption read, "When you break out of prison and find out about McDonald's monopoly…"

Miller shared the image, along with the story behind it. "In 2010, semi-retired from acting, I was keeping a low-profile for a number of reasons," he wrote. "First and foremost, I was suicidal. This is a subject I've since written about, spoken about, shared about. But at the time I suffered in silence. As so many do. The extent of my struggle known to very, very few." As he recalled, "Eating became the one thing I could look forward to. Count on to get me through. There were stretches when the highlight of my week was a favorite meal and a new episode of TOP CHEF. Sometimes that was enough. Had to be. And I put on weight. Big f--king deal. One day, out for a hike in Los Angeles with a friend, we crossed paths with a film crew shooting a reality show. Unbeknownst to me, paparazzi were circling. They took my picture, and the photos were published alongside images of me from another time in my career. 'Hunk To Chunk.' 'Fit To Flab.' Etc."

He says, "The first time I saw this meme pop up in my social media feed, I have to admit, it hurt to breathe. But as with everything in life, I get to assign meaning. And the meaning I assign to this/my image is Strength. Healing. Forgiveness." Miller then posted links to several suicide prevention and mental health organizations, including The Trevor Project and Active Minds.

The buffed out, photoshopped image on a magazine cover of a young person who's been maybe working with a trainer for months is pleasant enough eye candy, but it's not real, not even for the person in the photograph. Carrie Fisher didn't stay forever in a gold bikini. David Letterman retired and grew a beard. People get older. They lose hair. They gain weight. They lose weight. Even famous people. In the words of Miller, big f__king deal.

Miller generously chose to have a conversation about it, and to turn a dark moment in his life into an opportunity to offer hope to those in need of it — and a lesson in compassion for others. On Facebook Tuesday, The LAD Bible showed that it got the message, saying, "Causing distress and upset to innocent or vulnerable people is simply not acceptable…. We applaud your raw honesty and promise to now cover such matters in the responsible manner that our audience expects." See? Change is good. And Captain Cold has proven yet again that he's incredibly cool.