"I'm not for equal pay, I'm for fair pay": Landon Donovan gets schooled on the soccer wage gap 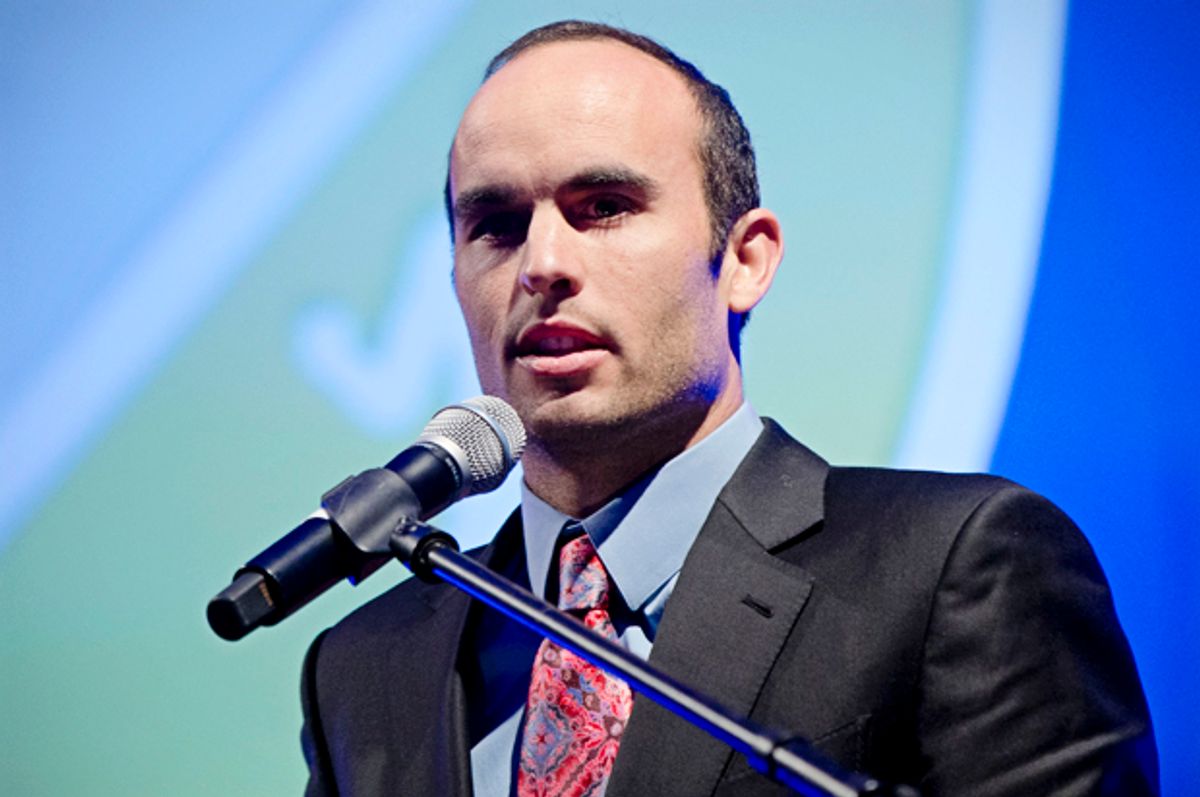 Earlier this week, five female players filed a federal complaint against US Soccer, claiming, as the New York Times reported, "they earned as little as 40 percent of what players on the United States men’s national team earned even as they marched to the team’s third World Cup championship last year." The men's division, in contrast, has performed in a manner the Times tactfully refers to as "historically mediocre." The legendary Hope Solo, one of the complainants, said this week that "We are the best in the world, have three divisionWorld Cup championships, four Olympic championships," yet male players "get paid more to just show up than we get paid to win major championships." The organization, meanwhile, argues that the men's games draw significantly more revenue, justifying the disparity. The female players dispute this.

On Thursday, the 34 year-old retired soccer star Landon Donovan did indeed weigh in on the matter via Twitter, in a message to his more than one million followers in which he stated, "#USWNT absolutely deserve to be treated fairly in all ways. Important to remember that these issues are/can be collectively bargained." But then he added, "Both #USMNT and #USWNT should be paid commensurate w/ the revenues they produce, not based upon what the other makes," explaining, "I'm not for equal pay, I'm for fair pay. If #USWMT generate more revenue, they should be paid more…. This isn't social work or a government job, it's business. Sports is a business, people forget that." Then, to prove his credentials, he mentioned, "I have a twin sister, I'm the furthest thing from sexist. Just trying to give people both sides."

God, I love when men lecture about what's "fair" about pay inequity. After all, there are plenty of fields where women can find pay equity with men! Like pornography! And dishwashing!

Let it also be noted that the idea that every issue has a "both sides" tends to be perpetuated by people who are factually wrong. There are things that are debatable and then there are things that are not. Yes, different work has different market value, but when women are doing the same work — and doing it more successfully — come on, man. And finally, saying that you have a sister or you're "the furthest thing from sexist" doesn't actually prove anything. Piers Morgan says, "I love women & 100% support gender equality." Donald Trump says, "I cherish women. I want to help women." So on behalf my sex, I hope you'll forgive me if I'm going to need a little more to go on than a man's word he's not a sexist. Like maybe actually standing up and doing something for them.

But here's the good part of the story — knowledge is power, and minds that want to be opened can be. Thursday, Donovan acknowledged, "The lovely @Jackie_Pepper reminded me that the men & women are doing the same amount of "work" and should be paid equally. Can't argue that." On Twitter, sports journalist Pepper added, "True, especially on a base salary level and things like Per Diem. Incentive/performance-based raises are fair game!" She also provided more insight into the story, including Kavitha A. Davidson's excellent breakdown of the issue in Bloomberg View, in which she explained, "From April 2016 to March 2017, the women are projected to generate $17.6 million in revenue and $5.2 million in net profit. The men are projected to generate $9.1 million in revenue and post a net loss of $964,000." And soon, Well done. It's not a court victory, but it is a sign that facts — and fairness — are often pretty clearcut.