The prime minister and his wife had set up a shell company named Wintris Inc. in 2007 in the British Virgin Islands 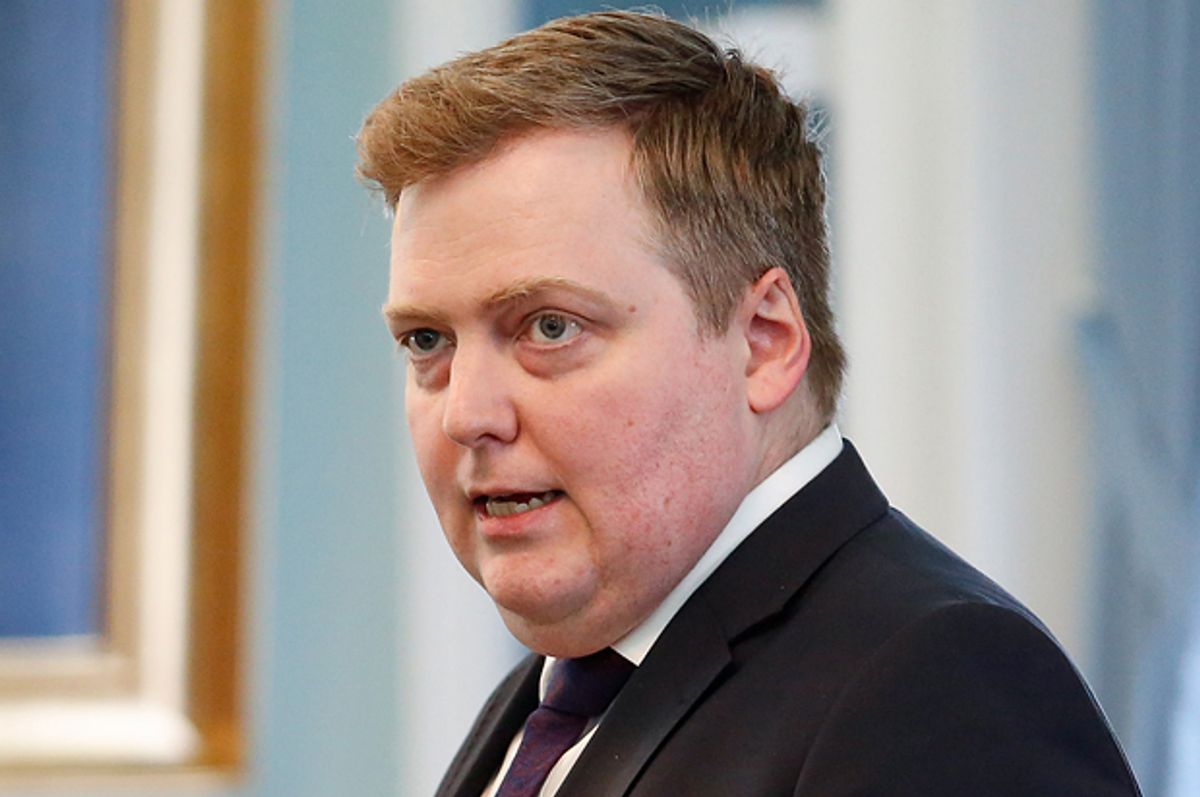 Prime Minister of Iceland Sigmundur Davíð Gunnlaugsson has resigned just days after the release of the Panama Papers, which showed his family owning over $4 million of undisclosed revenue in an offshore account on the British Virgin Islands.

The enormous leak of documents from Panamanian law firm, Mossack Fonseca, revealed the prime minister and his wife, Anna Sigurlaug Palsdottir, had set up a shell company in 2007 named Wintris Inc.  After the 2008 financial crash that crippled Iceland, the company claimed around $4.2 million from three Icelandic banks. Gunnlaugsson is now being accused of a conflict of interest after reaching a deal for the banks' claimants.

Thousands of protesters swarmed the nation's Parliament on Monday to demand an early general election and that Sigmundur Gunnlaugsson immediately step down as prime minister.

Local media reports the move awaits approval from the right-wing Independence party and the president, Ólafur Ragnar Grímsson, before it is official.

Reports claim the country's agriculture and fisheries minister, Sigurður Ingi Jóhannsson would replace Gunnlaugsson as prime minister, but Gunnlaugsson would stay chairperson of his Progressive party.