Busting a cheater just got easy — and kind of scary: New Tinder-tattler app lets you spy on anyone's swipes 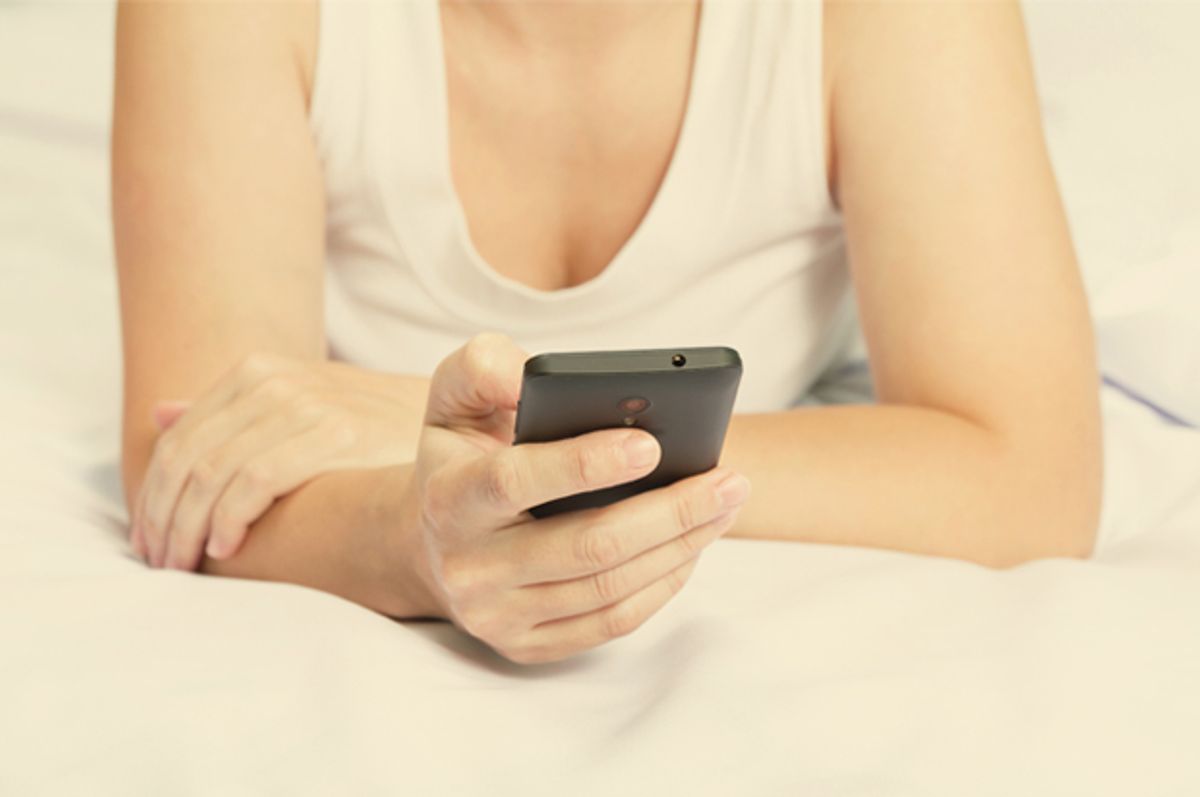 Good news, at least for those with a habit of keeping tabs on their partner — a new app now allows users to check whether their one and only is also swiping others on Tinder. For roughly the price of an iced latte ($4.99), people can purchase Swipe Buster to check if someone is active on the dating/hookup app.

To do so, users need only enter the suspect’s name, age and geographic location -- information readily available to most people. Swipe Buster then retrieves data from Tinder’s interface and database, which are both public (news that’s almost as frightening as being checked up on with such rigor). From there, Swipe Buster provides a list of people who fit the criteria from the initial search, and also provides information such as when the person was last active on Tinder, whether they’re seeking men or women and displays photos. No need to run the risk of mistaken identity if you’re shelling out five bucks to dig this deep.

I was a little disgusted when I first found out this sort of technology is available. Granted, I’ve done my fair share of social media digging research in the past, and ultimately learned a powerful lesson. If you’re looking to catch someone and go so far as to search through social networks to do so, you’re always going to find something. Tagged pictures with ex-girlfriends over the holidays, messages from someone your beau swore was “crazy,” or a caption from someone who’s genuinely just a friend taken way out of context.

It’s unfortunate that some feel driven to do something that may or may not be perceived as underhanded, although it usually is. Are we insecure to the point where we’re willing to be romantically involved with someone despite a clear lack of trust? Sadly, it seems so. It’s a sharp sting from a double-edged sword: either we find something and confirm our fears, or we find nothing and have guilt set in. The situation becomes more complicated if your significant other becomes privy to your tactics. At that point, all trust is diminished, and having confirmed your partner does in fact have a wandering eye is hardly a consolation. No one takes pride in that.

But technology has propelled us to this point. Dating sites and apps relentlessly remind us how many other fish are in the sea, and seduce us to questioning the harm in simply looking. You can cast a wide net and not land a catch, right?

The problem is all too often the accessibility is too tempting to resist. It’s easy to jump to worst case scenario conclusions like infidelity if your partner is short over texts following an insignificant fight, or fails to touch base on a separate night out. The impulse to verify suspicions -- and the ease with which we can -- makes digital gumshoe investigations more convenient than an actual conversation about the source of these underlying insecurities, but fails to resolve them.

Suppose you do find out your boyfriend/girlfriend has been actively swiping on Tinder for a certain amount of time during the relationship, and decide to confront them like “Aha! I caught you!” At the point, both of you are going to be pissed. You for being put in this situation in the first place, and your partner for the violation of trust in addition to being caught in such a quagmire.

While writing this, I find myself working through different scenarios in an effort to find the best outcome in such a situation. Maybe I’m not the forgive and forget type (okay, I’m probably not), but I can’t see how a relationship could recover after that. Following such a violation of trust -- on both ends -- and then moving forward with the relationship seems like there’d be an extended period of each partner walking on eggshells. It also creates the opportunity for the situation to be used as ammunition in future tiffs. “Well you don’t trust me, remember when you used that Tinder tattletale app to spy on me?” “Remember how you gave me reason to doubt you?” Doesn’t seem like anyone would find any solace in such a tempestuous situation.

If you find out your partner is swiping right or left, maybe the best solution is to walk away.