Sports sexists bringing their A games this week: Female athletes still "have to put up a fight for basic respect" 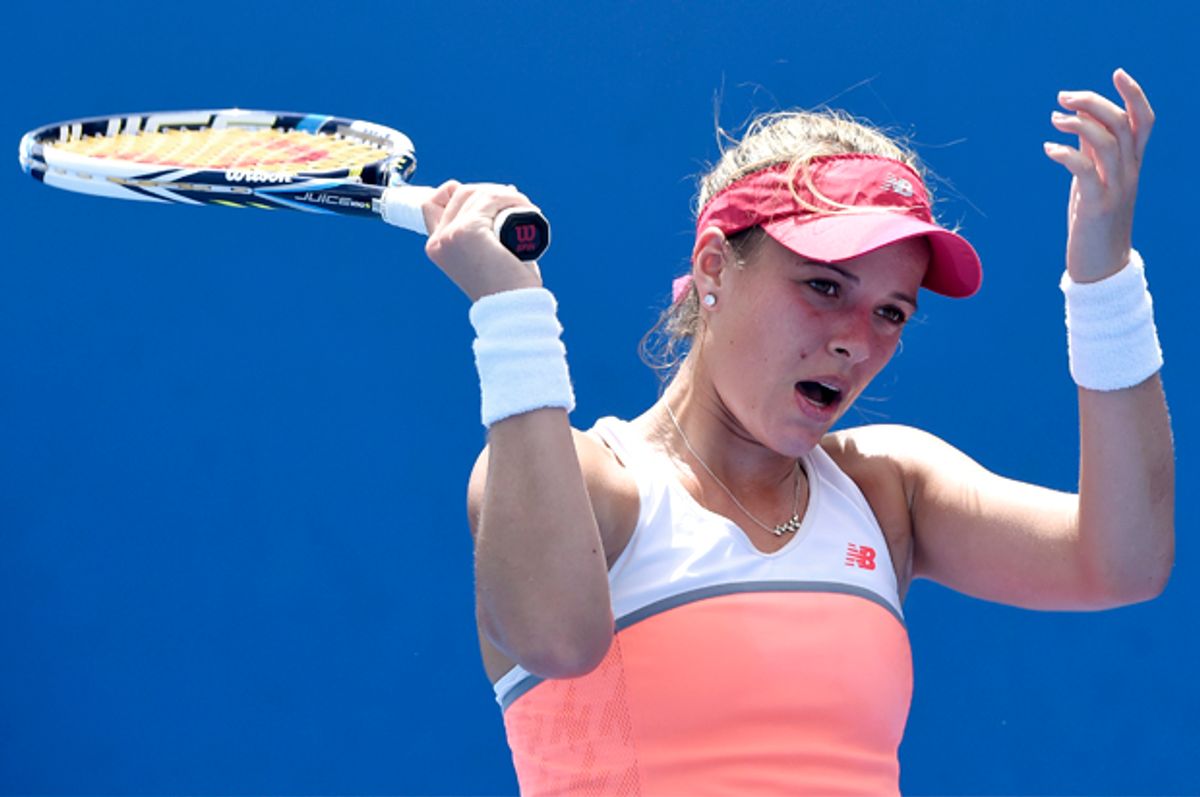 It's really turning into quite the impressive springtime for ridiculous sexism, women and sports division. Even as female athletes are enjoying unprecedented triumphs in their fields, the knee-jerk assumptions about masculine superiority just keep rearing their heads, dumber and uglier than ever. Let's catch up.

Last month, Indian Wells CEO Raymond Moore wryly observed that "In my next life when I come back I want to be someone in the WTA, because they ride on the coattails of the men. They don’t make any decisions and they are lucky. They are very, very lucky. If I was a lady player, I’d go down every night on my knees and thank God that Roger Federer and Rafa Nadal were born, because they have carried this sport. They really have." Then top-ranked Novak Djokovic jumped in to the fray, noting, "I think that our men’s tennis world, ATP world, should fight for more because the stats are showing that we have much more spectators on the men’s tennis matches. I think that’s one of the, you know, reasons why maybe we should get awarded more."

As one might expect, lucky lady players didn't see it quite that way. Serena Williams, a lady lucky enough to win more grand slams than Federer or Nadal, shot back that "We, as women, have come a long way. We shouldn’t have to drop to our knees at any point." Moore apologized and stepped down from his post soon after. Yet the hits keep coming.

Writing in her Insider Diaries series this week on the WTA site, player Nicole Gibbs discussed the sexism she's seen firsthand. "As a female athlete, it can sometimes feel like I have to put up a fight for basic respect," she wrote. "For me, being told that what I am doing is second class is second nature. Moments after Raymond Moore's comments at Indian Wells a few weeks ago, I received messages from ATP players, goading me, asserting that Moore's reasoning was sound. I have had countless individuals, men and women alike, suggest to me that tennis skirts are the principle driver of revenue on the women's tour. From average, high school aged male tennis players challenging me to matches because they're sure they could never lose to a girl, to male coaches telling me, 'In women's tennis, you don't even have to be talented to succeed.'" But she added, "In the meantime, Billie Jean King tells me that I have a platform, so I plan to use it."

Meanwhile, over in soccer, female players have been battling over similar issues, with a lawsuit against US Soccer filed last week claiming that female players "earned as little as 40 percent of what players on the United States men’s national team" did. This despite the women's multiple championships — and the men's contrasting "historically mediocre" performance.

But you don't even need to be looking at women's sports to enjoy the casual sexism of the world of athletic competition. On Tuesday, the Toronto Blue Jays manager John Gibbons groused over the MLB's new safe sliding guidelines, complaining, "Maybe we'll come out and wear dresses tomorrow. Maybe that's what everybody's looking for." As The Big Lead's Ty Duffy speculated, "He apparently views safe sliding as a slippery slope to wearing women’s clothing."

And elsewhere in the good natured world of keeping the manly sport free of any taint of femininity, the Kansas City Royals thought it'd be hilarious to play "American Woman" as long haired Mets pitcher Noah Syndergaard warmed up in the first inning. He later admitted, "They got me on that one. Normally, I don’t hear that kind of thing, but I took notice to that."

The message, again and again, is clear — female athletes are of exponentially less value, and the worst thing for male athletes is to be compared to women. That's how it still is, right now, in 2016, in a sporting world in which "ladies" are thought of as the big losers.