Gen X and the big self-help lie: In furious middle age, a "Life Reimagined" feels impossibly out of reach 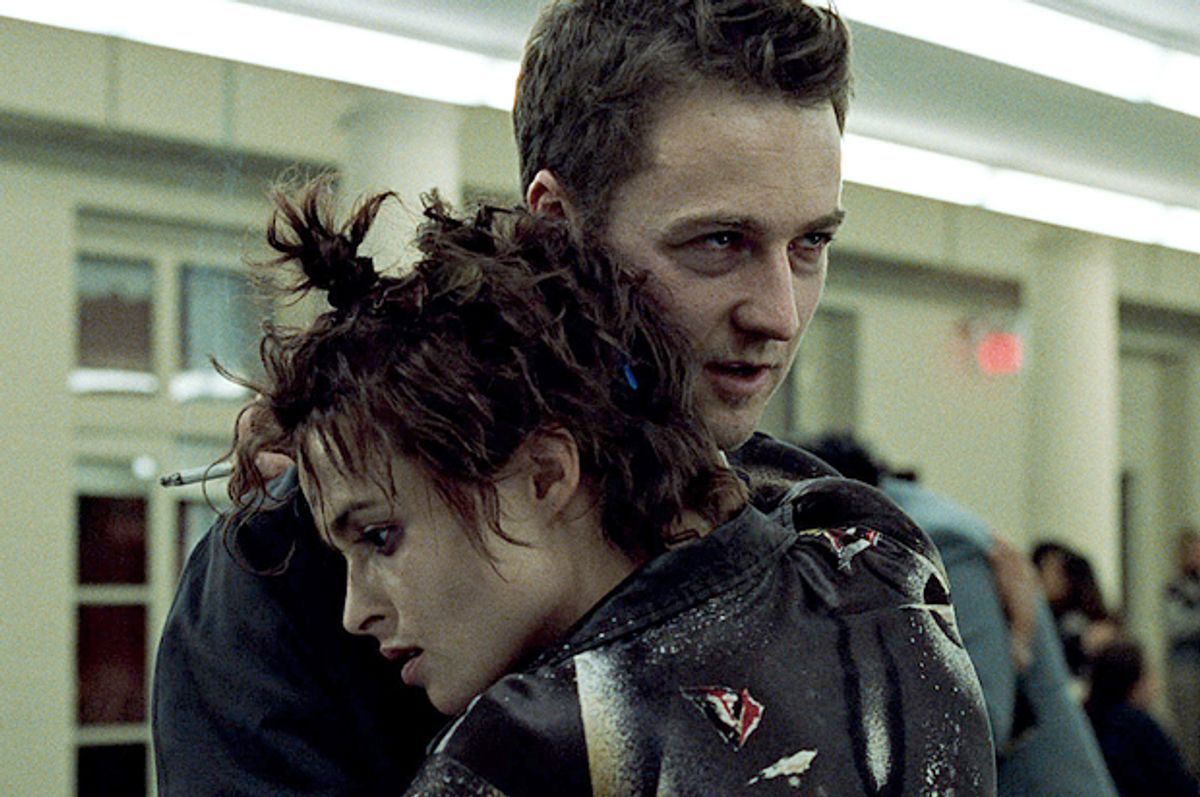 It is 2016, and all reports about the state of things are rosy. Scientists tell us that the midlife crisis doesn’t really exist. The New York Times runs an unusually optimistic article proclaiming that — brace yourself — the economy is chugging along beautifully. By all accounts, we should all be as happy as Snow White swept up in that whirlwind of chirping birds and spring cleaning.

But you don’t have to look far to see that people in middle age are, actually, historically angry, more like “Falling Down”’s William Foster in a rage-filled rampage. Just think about the Sanders-Trump upsurge — one thing that unifies both teams is anger, even fury. It’s not all that rare to hear a particularly angry middle-aged grouser hope that Trump wins in order to see the whole system exposed and watch it crumble. That’s not just anger, that’s angry to the point of extreme nihilism. This isn’t all racially driven -— wages are flat, the safety net has frayed, and the one percent is still making out like bandits. Banks that were too big to fail are even bigger.

Barbara Bradley Hagerty, a former NPR correspondent and the author of the new book “Life Reimagined: The Science, Art, and Opportunity of Midlife,” floats into this tumultuous period like Pollyanna. Part memoir and part scientific exploration, the book takes a hard look at what keeps people ticking when things look bleak. In the wake of the trials and traumas of middle age, Bradley Hagerty arrives with a hopeful message: You can think and act your way out of the soul-crushing blandness of the middle years, and all you need is a bit of imagination.

There’s no question that some of what she writes is true: A positive attitude does help people cope with crisis. Reorienting your sense of self around serving others — which some of her case studies have done — is good for everyone involved. Certainly, she’s not imagining the fact that some Americans have pivoted and moved into a productive period. And Bradley Hagerty writes well and, as anyone who’s heard her NPR reports knows, tells stories engagingly.

But it’s a message that can feel like a slap in the face for some Generation Xers, many of whom, post-recession, have found themselves in competition with Millennials for low wages and nonexistent job security. Many of us were just hitting what should have been the most productive part of our careers, and the most stable, even boring, time in our lives.

Just looking at the cover, chirpy bright yellow dotted with scientific looking sprinkles, seems like a slap in the face for many of us still reeling. How can this cheerful book even exist?

Well, for one, Bradley Hagerty herself identifies as a Baby Boomer, (though she’s at the tail end of the boom). She grew up during the years of plenty and had nearly two decades at one employer — experiences an Xer can only envy.

Honestly, after reading David Brooks’ cloying take on it in the New York Times, I was prepared to dislike this book. At the beginning, it was pretty easy. There are the peppy replies to Bradley Hagerty’s queries on NPR’s Facebook page, like the one from a laid-off professional: “I have used up most of my savings. I am not sure where my next job will be. I am currently working a retail job and just wrote a TV pilot. I am having the time of my life.”

Much of Bradley Hagerty’s book is a spin through the recent studies on midlife and happiness psychology, which has now turned its back on moment-by-moment fulfillment and toward meaning and purpose as a way to lead a successful life. Like Gretchen Rubin’s “The Happiness Project,” the author sets out to test some of the latest prescriptions — only this time it’s for a meaningful midlife and beyond. Not surprisingly for anyone who’s been paying attention, there is a strong push toward building a strong social network, creating short- and long-term goals, and having the right mindset.

It’s not until the chapter “When Bad Stuff Happens,” especially the section on “post-traumatic growth” that the book surprisingly begins to speak more directly to our particularly difficult times. According to Bradley Hagerty, “PTG is a cousin to resilience, but more of a thug: meaner, more brutal, more devastating — and more transformative.” In order to move away from the trauma and toward the growth, according to two psychologists from the University of North Carolina in Charlotte, there needs to be a dramatic change of bedrock beliefs.

While Bradley Hagerty’s examples are of individuals rebuilding their lives, much of the country is in a state of post-traumatic shock and needs to do something similar. Perhaps the reason why people are so angry is that our bedrock beliefs have not changed even though so many of us are living very different lives than we might have imagined we would. Chucking it all to work a minimum wage job and write a screenplay on the side, as freeing and fulfilling as that may be, is not exactly the answer for most of us who want to ensure that we’re not in some kind of bargain-basement assisted care facility in our later years. There is a need for a reframing of our ideals — and that, I would guess, is why we are reaching for extreme answers.

Bradley Hagerty delivers some excellent advice about longevity and having a purposeful life. Many of us are still in crisis, however, and only the more comfortable among us have the luxury of thinking ahead. As the author states, the earlier you start, the better, because you never know how long you have.

But where we are right now feels like turmoil — and it feels very precarious, the total opposite of what we were raised to expect from middle age. Seven million homes have been foreclosed since the Great Recession, and there were even more layoffs. Some of these people have pulled their lives together, but these kinds of setbacks are tougher to recover from than “Life Reimagined” lets on. And while Bradley Hagerty offers good suggestions for individuals seeking a way out, she avoids stoking anger or urging a larger movement of the dispossessed. This is where her Boomer roots become clear. She’s trying to help people, but she’s part of a generation that went from broad social movements to the gospel of individual fulfillment, and it shows in her book.

Some of the people who’ve bounced back are skilled and resourceful; some were just lucky. If you’re still trying to regain your footing, these stories are not as inspirational as they are annoying. A lot of Americans long for a Trump or a Sanders. We are aching for a revolution. We are in the middle of figuring out — post-recession — what we believe. Maybe, someday, we can think more positive thoughts and start planning for that 10K run. Right now, though, we’re still traumatized. Being told we need to make more friends doesn’t really help.