Sam Brownback declares war on Kansas: This is how extremists gut a state -- and democracy

The ultraconservatives take control, with an assist to ALEC and no concern for the people 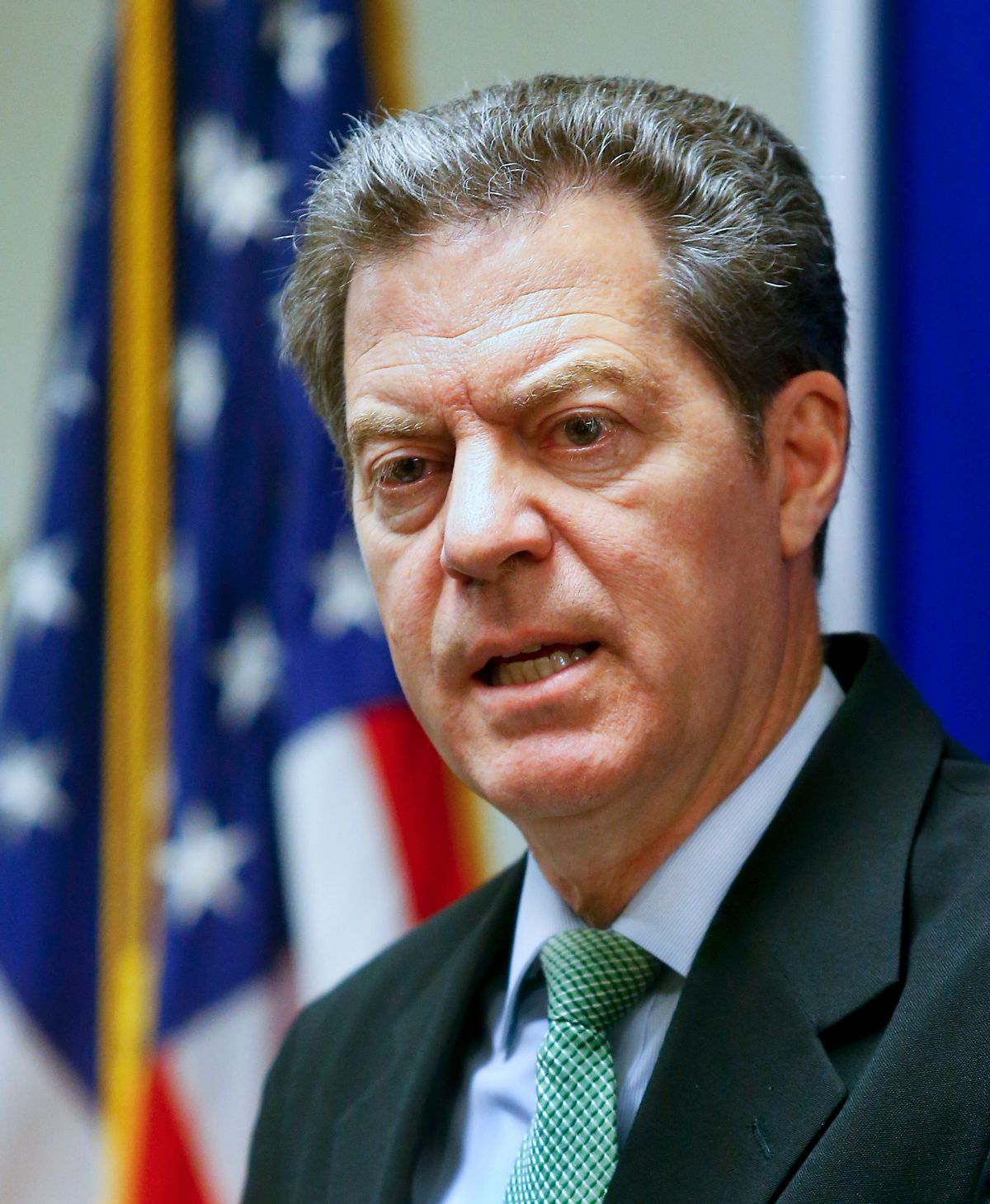 It’s not uncommon to see developments named after what they displace or sometimes destroy. Subdivisions with names like Wild Creek Place likely contain neither a trace of the “wild” nor the remains of a creek. I guess more descriptive names such as Flat Asphalt Junction simply lack the same level of appeal.

I’ve come to see the names of Kansas legislative committees in the same manner. Under the legislature’s ultraconservative leadership, committees such as Education (House and Senate), Education Budget (House), Commerce, Labor and Economic Development (House) and Local Government (Senate), to name but a few, seem cruelly named after what the ultraconservatives have marked for displacement or destruction.

Gov. Sam Brownback’s march to zero income taxes, combined with legislation designed to weaken public services and wrest control away from local government, are hollowing out the very aspects of government these committees focus on. Public education certainly seems targeted to be greatly supplemented by, if not outright replaced by, private education.

We see this in other states as well. For some time now, model legislation from the American Legislative Exchange Council (ALEC), Americans For Prosperity (AFP) and other libertarian / ultraconservative organizations has been used as the template for bills in states with varying levels of ultraconservative control. Such templates have been developed on everything from taxation and fiscal policy, to energy and the environment, to health and human services.

Looking just at education, in 2015 there were 172 measures introduced in 42 states based on ALEC model legislation, according to the Center for Media and Democracy. The general goal being to “… transform public education from a public and accountable institution that serves the public into one that serves private, for-profit interests.” With public education commonly comprising a significant portion of state budgets, this dovetails nicely with ultraconservative legislation focused on drastically shrinking government and reducing taxes.

In Kansas, one of the latest bills taking inspiration from such model legislation is HB 2741, intended to provide the state with a new public school funding formula. The Kansas Association of School Boards (KASB) provides a good summary of the bill here. The need for a new formula began during the 2014-2015 legislative session with the repeal of the previous school funding formula and implementation of the temporary two-year block grant funding mechanism, intended to fill the gap while the legislature works on a new formula. I should note that the block grant has also effectively reduced the dollars available to school districts for day to day operations.

HB 2741 was filed shortly before the legislative break and now sits in the House Appropriations Committee. One of the more controversial things the bill does is establish the Kansas Education Freedom Act, creating a private school savings program and essentially diverting already limited public school dollars to private schools. It would allow parents to use 70 percent of the state aid per student for their district to pay for private (including religious) schools, online schools, home schooling or tutors.

While the bill would require such students be provided “instruction in at least those subjects required by state law” it does not require any type of student assessment or accountability measures. And the Kansas state treasurer, not the Kansas State Department of Education, would be given regulatory oversight of both the finances and the academics related to the private school savings program.

These “education freedom accounts” as described in the bill bear a lot of similarity to aspects of ALEC’s Education Savings Account Act model legislation. For example, giving oversight to the state treasurer follows ALEC’s suggestion that financial and academic oversight do not have to fall under a state’s department in charge of education. The model legislation defines this oversight department as the “state Department of Public Instruction or an organization chosen by the state [italics added].”

The stated purpose of HB 2747 is to “provide financing of ‘instruction.’” However, the bill limits instruction to “… those school district functions that directly impact the provision of education services. The term ‘instruction’ does not include the following school district functions: Central office administration; capital improvement construction, reconstruction or remodeling; facility maintenance and repair; food service procurement and preparation; or the provision of extracurricular activities …”

While general state aid to “instruction” activities is increased under this bill, it is decreased or eliminated relative to the “non-instruction” functions specifically mentioned above. And though analysis by KASB suggests HB 2747 would initially be a 4% increase in state general aid over the block grant (still inadequate and not more than the previous funding formula), after the “Hold Harmless” dollars go away two years later it would actually be a decrease. This provides the ultraconservatives an opportunity to argue that they’ve increased “instructional” funding (important in an election year) while still reducing the state’s overall spending on public education (necessary if they’re going to continue this mad march to zero income taxes).

And reducing overall spending on public education is a primary goal of ALEC and AFP, as well as the Kansas Policy Institute (KPI), Kansas’s local manifestation of this libertarian / ultraconservative intellectual tradition. Narrowly defining “instruction” and “shifting dollars to the classroom” are code for reducing the overall funding for day to day public school operations and have been common talking points of Brownback and the ultraconservative legislators.

Per the bill, spending on administration would be reduced, which is already underfunded. General state aid could no longer be used to fund extracurricular activities (only local dollars), defined as “those activities provided or supported by a school district, but which are not required by or a substantial part of any curriculum of such school district.” Athletics would certainly take a hit, but so could other activities such as band, choir, debate, student council or anything else with an extracurricular component, limiting or eliminating the positive impacts such activities can have on students.

As with extracurricular activities, only local dollars could be used for food service or related activities, potentially impacting the quality and quantity of the food districts serve. But nutritional meals, along with having (and expecting to have) a full belly, actually impact the effectiveness of learning in the classroom. The elimination of general state aid funding for food service would also likely jeopardize local farm to school programs where they’ve been implemented, not just negatively impacting students but also local economies.

The additional restrictions placed on capital improvement projects via a) the creation of the Joint Committee on State Building Construction to review (and limit) projects requesting capital improvement state aid, b) the reduction and in some cases elimination of state aid for non-classroom designated areas and c) the requirement of three sealed bids for any construction project making use of bond money (potentially problematic for rural areas and other special circumstances), would have a negative impact on students as well as local economies. By reducing state spending on capital improvement projects, the burden for this would further be shifted to local communities and the number and quality of projects would likely decrease.

A recent report from the USGBC’s Center for Green Schools, summarized here, concluded that current spending levels are already inadequate to meet modern standards and district needs relative to operations and maintenance, renovations and new construction. We still have a long way to go to recover from decades of deferred maintenance that can negatively impact student & teacher productivity/performance and health, and therefore student success. This bill would further slow that recovery in the state of Kansas.

Increasing the percentage of public education funding that local communities would have to provide also flies in the face of the recent Kansas Supreme Court ruling in favor of a lower court’s decision that the current block grant doesn’t equitably fund all school districts. Wealthier districts have greater potential to raise local funds for these “non-instructional” functions. So HB 2741 would seem no closer to meeting this equity requirement than the block grant.

Interestingly Representative Ron Highland, Republican, one of two primary authors of the bill (the other being Senator Steve Abrams, Republican), stated that HB 2741 incorporates recommendations from a $2.6 million efficiency study conducted by consulting firm Alvarez and Marsal. That’s $2.6 million spent on a study geared to reduce government spending; $2.6 million spent by a state with significant revenue problems originating from a reliance on outdated and disproven economic policies that lead to the revenue problems to begin with. Problems that could have been essentially solved by simply repealing the governor’s devastating income tax cuts.

While some of the bill does derive from the study’s recommendations, none of the specific aspects I’ve covered here – shifting public dollars to private schools and limiting state dollars to a narrow definition of “instruction” related activities – are actually in Alvarez and Marsal’s recommendations (at least that I could find). But they are a reflection of the libertarian and ultraconservative ideologies that underlie ALEC, AFP and KPI. While I don’t believe that Rep. Highland and Sen. Abrams are currently members of ALEC (though many Kansas legislators are), they have previously attended ALEC events and are sympathetic to the public education gutting agendas of ALEC, AFP and KPI.

It’s been increasingly bleak in Kansas since Brownback was elected in 2010. But Kansans are starting to wake up. Grassroots organizations like Game On for Kansas Schools, Women for Kansas, Moderate Party of Kansas, Mainstream Coalition and others are getting their message out across the state, and people are listening. More and more Kansans are stepping forward to challenge these ultraconservative legislators in the primary and general elections. I’m hopeful that after the fall elections, Kansas’s legislative landscape will have changed enough to halt progress on the ultraconservative agendas; maybe, dare I say, even form a veto-proof coalition on certain issues. I’m also hopeful that our legislative committee names will no longer have to serve as memorials to what’s being displaced or destroyed.

And by the way, HB 2741 is named Creating the school district finance and student success act. I guess the Breaking public education, increasing privatization, student success be damned act didn’t have quite the desired ring to it. It would certainly have been more descriptive though.