Stop pressuring women to be moms: It's insulting to assume we all want the same thing 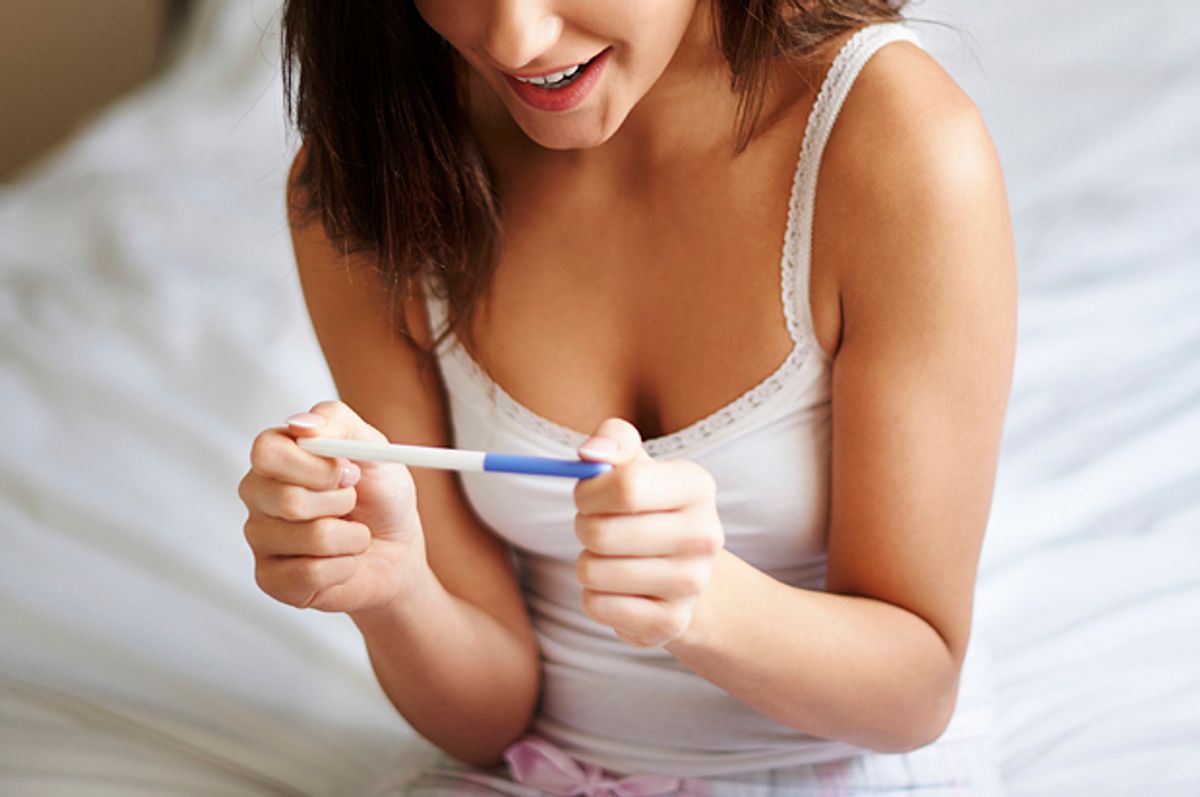 We talk a lot about freedom of choice when it comes to reproduction, but there’s still one choice that women face an unconscionable amount of backlash over: the decision not to have kids. In an essay for Marie Claire, writer Starre Vartan details the opposition she’s faced in the dating and medical arenas over her choice to remain childfree, with a gynecologist telling her “That’s what we’re here for” and two boyfriends deliberately removing condoms during sex in a disgusting attempt to force her to change her mind: “I…explained how terrified I was, physically and mentally, to be pregnant, to care for needy small humans. Two different, otherwise wonderful, handsome, and brilliant men said they ‘understood’ after I opened up about my fears. And then they each promptly sabotaged the birth control that I was very strict about.”

Assuming that all women automatically want kids is insulting—to everyone. It insults those who do plan to have kids or are parents already by diminishing the sheer amount of physical and emotional labor that goes into the undertaking. It insults those who don’t want kids, or aren’t sure, by elevating motherhood above every other option. It denies the fact that it’s possible to love your kids but hate being a mom, sometimes or all the time, or even regret motherhood. Nobody wins by coercing someone else into becoming a parent, or making someone feel guilty, damaged or ostracized for not wanting kids.

In an essay for Lenny Letter, actress Joy Bryant detailed the galling comments she’s gotten from other women about why, exactly, she should be having kids, including “you’ll have beautiful children” and “you’ll be such a good mother.” She easily skewers the vanity of the former and pointlessness of the latter (“I’d be a good competitive eater, too, doesn’t mean I should”).

What I found to be her most egregious example was hearing “Just give him a baby already!” What on earth? As if she “owes” her husband a child. Bryant writes, “It doesn't matter what I feel, want, or need, I should just give him a baby, like it's a blow job. We are talking about a human being who should be wanted by the people who created her.”

Here’s another news flash: those who are childfree may very well enjoy kids, but not want to have their own, just as you can be an animal lover and not want to be a pet owner. But with children, it’s assumed, as Bryant writes, that because you can, you automatically should, as if your maternal instincts will go entirely to waste otherwise. At the childfree blog We’re {Not} Having a Baby, user Courtney writes about her journey to embracing being both a “kid person” and childfree. After years of dithering and postponing the decision about whether or not to have kids, when her husband told her he didn’t want to, she writes, “It was like a light bulb went off. We don’t HAVE to have children. I am not required to procreate. Amazing.” Think about that: “I am not required to procreate” was a modern light bulb moment, not something from centuries past. That should tell you how deep this cultural indoctrination goes.

Thirty-year-old UK writer Holly Brockwell just won her four-year battle to get sterilized, after being told by numerous doctors that she was too young to make such a momentous decision, with one doctor even telling her he wouldn’t consider the procedure until she’d had children. In a Daily Mail essay last year, prior to being granted this approval, she wrote:

“When I imagine all those beautiful moments everyone talks about — holding a new baby in my arms, my child’s first day at school, teaching them about the world — I feel nothing but a strong sense of ‘no thanks’.

I don’t think it helps that my mum never wanted children, and got talked into having them by my dad.

She had a sterilisation after me, her second. But she remarried, and her next husband wanted children of his own, so she had the operation reversed and had three more.

As a result, she’s never had any money or freedom, missed out on a lot of the things she wanted to do with her life, and feels trapped by choices she made decades ago. I don’t want that to happen to me.”

But pressure to have kids is a problem for more than just the adamantly childfree; those subtle and not so subtle questions and hints, from family members, friends, coworkers or strangers take a toll. In a moving essay, Margo Lockhart details her inability to process the fact that her daughter wasn’t gung ho to become a mom, writing “I have been guilty of expecting my daughter to have children without really asking her if that is what she saw for herself.”

When her daughter later told her mother she was pregnant, Lockhart admits she was not as supportive as she could have been, precisely because she had only one vision for what motherhood could mean to a woman. “I was surprised that she was not happy. I dismissed her anguish about her career and her travel dreams. I regret that I wasn’t more intuitive to her moment of not wanting to be a mom. Instead, I made it about how wonderful motherhood is, and how happy she would be. I could not fully digest that she was not happy about being pregnant,” she revealed.

This is an important lesson — we can never assume we know how someone else feels about anything, especially such a huge, life-changing decision, unless we ask and are open to fully listening. Having kids isn’t something we should expect people to decide on a whim, or because it’s expected, or because of their gender.

Lockhart also delves into the messy reality of child-rearing, acknowledging that even welcomed, wanted children are a lot of work and some days may be quite harrowing. She acknowledges that making one choice doesn’t mean you never consider what might have been, nor does it require glossing over the harder elements of your decision. She admits, “for almost 30 years I’ve been programmed to deny, delete, and push back any negative thoughts about being a mom… I’ve been a mom since I was 19 years old and the truth is at times, I’ve felt jealous of any woman who was able to have a flourishing career without having to do the balancing act of motherhood and family.” Notice that she’s not telling other women not to have kids, but simply sharing her experience.

This baby pressure is tied directly to reproductive freedom, because how free can we possibly be when we are bombarded with the idea that we should want kids, or it makes us somehow less human, less womanly, less loving? It could even lead to more abortions, if men like Vartan’s lovers consider birth control something they can use or not at will.

Women should not have to detail for anyone their reasons for not wanting kids, nor should they be shamed or railroaded into having them. What purpose does that serve—to either make women feel guilty for not having kids, or push them toward doing something they know in their hearts isn’t really for them?

I’ve known I want to be a mom for the last decade, and I’ve sometimes wondered why my childfree friends are so vocal about their stance, but I need look no further than the examples cited above. Women are so vocal about being childfree because our society repeatedly treats motherhood as both the default and the gold standard.

Too many people are all too happy to assume that what’s right for them is what’s right for everyone else, rather than simply making peace with the fact that some women (and men) want kids, some don’t, some aren’t sure and some may change their minds. Those options are all fine; what’s not fine is claiming that, say, because you love your kids, everyone will love having kids, or because you regret not having kids, all women will. I would hope we can all agree that a man removing a condom during sex in order to trick a woman into getting pregnant, and assuming she’ll magically decide not to get an abortion because she’s just so overcome by discovering her true purpose in life, is a disgusting move. It’s infantilizing—no pun intended—to promote the idea that women are “made” to be moms.