Kris Jenner, mother of the year: 13-year-old Khloe's "traumatizing" surprise-wax says so much about the Kardashian childhood 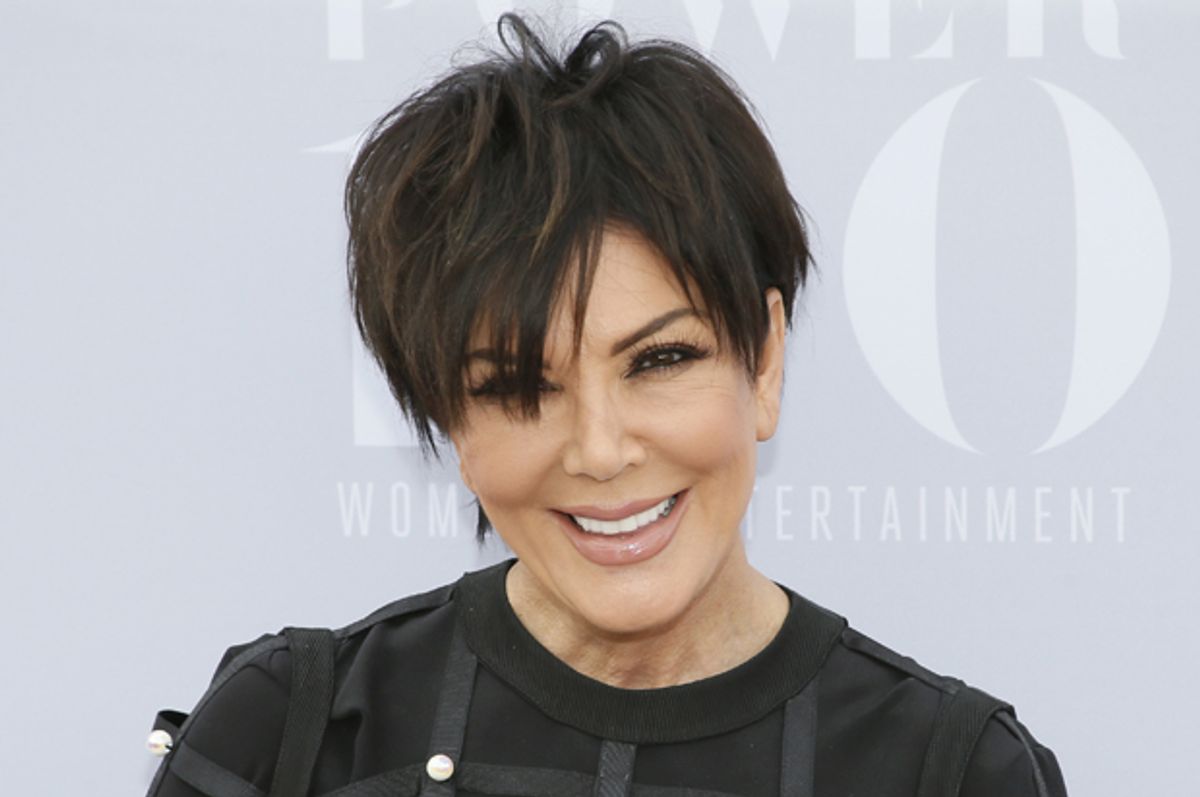 We all have different styles of parenting, and raising a big brood of six kids — five of them daughters — is no doubt a job chock full of unique challenges. As fellow mothers, it's important to remember to always take a beat and respect the common ground of love and devotion we have for our children before passing judgment on each other's choices. But sometimes, we've still got to ask: Kris Jenner, WTF?

Just last month, a new tell-all book on the "Kardashian Dynasty" by author Ian Halperin claimed that a source in the adult industry asserted that it was family matriarch Kris Jenner who helped broker the distribution of her daughter Kim Kardashian's notorious sex tape with Ray J — and the subsequent launch of the entire family to celebrity A list. Halperin's source told him that a "mutual friend of Kim and Paris [Hilton] had advised her that if she wanted to achieve fame, a sex tape would be the way to go," and that "Kim had discussed the idea of producing a tape with her family beforehand." Halperin's book claims it was family matriarch Kris "who engineered the deal behind the scenes and was responsible for the tape seeing the light of day." Vivid released "Kim Kardashian: Superstar" in the winter of 2007. "Keeping Up with the Kardashians" debuted seven months later. Speaking to Page Six, a representative for the family countered that "All the assertions are false."

Whether Jenner helped her daughter turn a sex tape into reality fame is a matter of dispute. What is not, however, are what her other offspring freely choose to share about growing up with their mom. In a conversation with People late last month, youngest daughter and cosmetics entrepreneur Kylie Jenner shared the origins of her fascination with a perfect set of nails. "My mom always drilled it in my head to have nice, pretty nails," she said. "It’s just really important to her. Anytime she meets someone, she’ll look at your fingernails." That's not the first place everybody's eyes go, but to each her own. But then Kylie continued, "I never cared when I was younger and I hated getting my nails done. It just took up my play time. But she likes pretty nails, so that’s where I got my nail obsession." Wait, what?

Kylie Jenner is only 18. How old was she when getting her nails done was cutting into her "play time" because her mother "likes pretty nails?" Whatever happened, the indoctrination worked, as evidenced from Kylie's nails-centric Instagram, and her admission that "I get my nails done every week. I've sat literally for four to five hours doing them."

If someone who's still a teenager has the time and energy and desire to spend several hours on her nails, that her business. But if her mom's pushed it on her that she should, from an age young enough that "play time" was still her primary concern, that sounds like a strange thing to teach one's child about scheduling priorities. And Kylie's tale doesn't even sound like her mom's toughest love. In a conversation with People this week, older sibling Khloe Kardashian revealed her "personal beauty journey" with a memory of her mother — of the first time Kris made Khloe get waxed.

"My mom has always been very crazy about rituals and routines," she says. “I remember she made me get a facial for the first time, I was like 13, and I guess I'd started having hair under my arms. During my facial, I had someone come and wax my underarms and I was so terrified because she didn’t warn me! I was like, 'What is happening?!' I thought that was part of the facial. It was so traumatizing.'" Khloe then admitted, "I remember I didn’t want a facial for like years cause I thought that came with it."

Or maybe she didn't because not every high school-aged girl is into facials? Khloe — who last month opened up about how her mother's extramarital affair back in 1989 "destroyed my dad" — added, "It’s funny because my mom is so polished. Most people would be like, 'This is what you do. Take a razor and so on.' And my mom was like, 'We’re waxing this!'"

She says that she now is in a place of self-acceptance about her looks, and that "I focus on being healthy from the inside out, taking 20 vitamins every morning and drinking water. That’s how I want to age gracefully." Because nothing says "graceful" like running through an entire bottle's worth of pills every couple of days.

Plenty of us are trying to raise our daughters to be gracious, curious people who, yeah, maybe comb their hair and don't have dirty fingernails. But pushing them to conform to a narrow aesthetic, to enforce ideals about buffed and waxed and manicured a female needs to be — and to do it from such an early age — seems a terrible missed opportunity to let them figure out identity and image for themselves. And it sounds like Kris Jenner's girls have already spent a lot of their young lives just trying to keep up with their own mother.