Every day is Record Store Day: In praise of the one album you can always find in the used vinyl bin

Sure, the limited RSD releases and big in-store events are cool — but there's genius to be found in any Goodwill 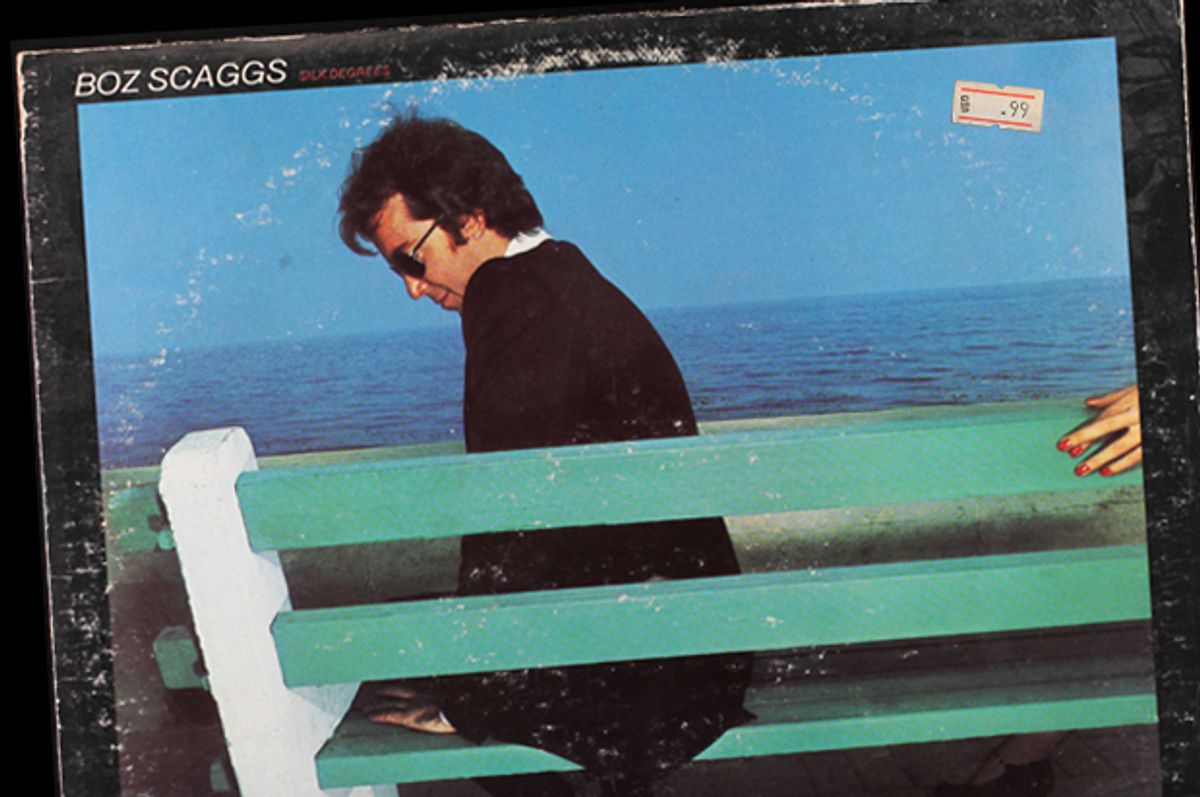 I can’t go into thrift shops anymore because I’m becoming a borderline hoarder, but the time was I could not pass one without spending at least an hour going through the men’s clothing, the bookshelf, and mostly, the record bins. I love the smell of old records: they smell like people, human dust and mold. Many people don’t get it, but it’s the same thing that gets my dogs excited when they find a sealed garbage bag or, let’s face it, a pile of un-scooped poop on the street, a strangely comforting acquired taste.

You never know what you are going to find in the record bins of the Goodwills and Salvation Armies of America — with one exception: Boz Scaggs' 1976 smash “Silk Degrees,” which turns 40 years old this spring. There was a time when you would have to go to a Sam Goody (remember those?) or a Tower Records and purchase a brand new LP of “Silk Degrees,” but for the last two or three decades, all you needed was a dollar and a dream.

“Silk Degrees” is the Motel 6 of albums; it leaves the light on for you. You will never not find it among the Mantovani boxes and the “Whipped Cream and Other Delight”s.

This is not to say that “Silk Degrees” is chintz. I think its omnipresence is something of an echo; its massive success still rippling out all these years later. It’s hard to overstate just how popular this album was  — you couldn’t turn on the radio in ’76 and ’77 without hearing the disco smash “Lowdown,” and the album’s rocking centerpiece “The Lido Shuffle.” Who was Lido? Was he a rambling man? A gambling man, chasing it? Was he himself being chased to the “borderline,” as Scaggs described?

The cover of the album makes it easy to spot in the bins of thrift stores. It depicts Scaggs in profile, sitting on the edge of a seafoam green bench, wearing shades. A woman's cherry-red-manicured hand reaches for him from out of frame. The vast ocean is in the background. Is it the Atlantic? The Pacific?

These are answerable questions. What is more mysterious is how a copy of “Silk Degrees” got into every secondhand charity shop in the nation in the ‘80s. Scaggs himself never equaled the success of the album but that was no reason for people to donate the freakin’ thing en masse, was it? A sci-fi writer might devise that it was some kind of virus meant to invade all of our central nervous systems and kill off everyone who owned a copy, leaving their next of kin to bring it to the Goodwill.

Who, after all, would sell an album entitled “Silk Degrees?” Maybe it was such a great album (and it is) that people were gifted two copies and only needed one, so off the other went, like Lido himself, speeding towards the dollar sticker.

The sound of “Silk Degrees” was L.A. breezy but New York City cool, much like Steely Dan and very few others; precise but funky, rendered by ace studio musicians — a few of whom went on to become Toto. But Lido was cooler than Toto, troubled as he was.

Then there was “We’re All Alone,” which closes the album. It’s the ballad, and Rita Coolidge turned it into another unavoidable radio hit. Scaggs made the cover of Rolling Stone and played “Saturday Night Live” to promote the album and introduce himself as a cool cat. After all, you have to be cool to be born William Royce and somehow mutate into a Boz.

When I think of “Silk Degrees,” I think of Diane Keaton walking the streets of New York City like Bryan Ferry trolling for the love drug, as steam comes up from the underground and “Lowdown” plays on the “Looking For Mr. Goodbar” soundtrack, but anyone who’s watched TV or movies in the last 40 years will likely have their own “Silk Degrees” moment. It’s appeared in everything from “FM” (whose soundtrack also featured The Dan) to Fincher’s “Zodiac” and “Halt and Catch Fire.”

If you don’t have your own “Silk Degrees” moment, put down that can of Mountain Dew, because for the same price, maybe even less on two-for-one days, you can acquire this lighthouse beam, this eternal flame, this palace guard, this Ving Rhames in the ADT commercial of an album.

It’s always there. No reason to wonder, wonder, wonder who put it there either. Just feel lucky that something this cool is so cheap — because that very notion is an actual relic.