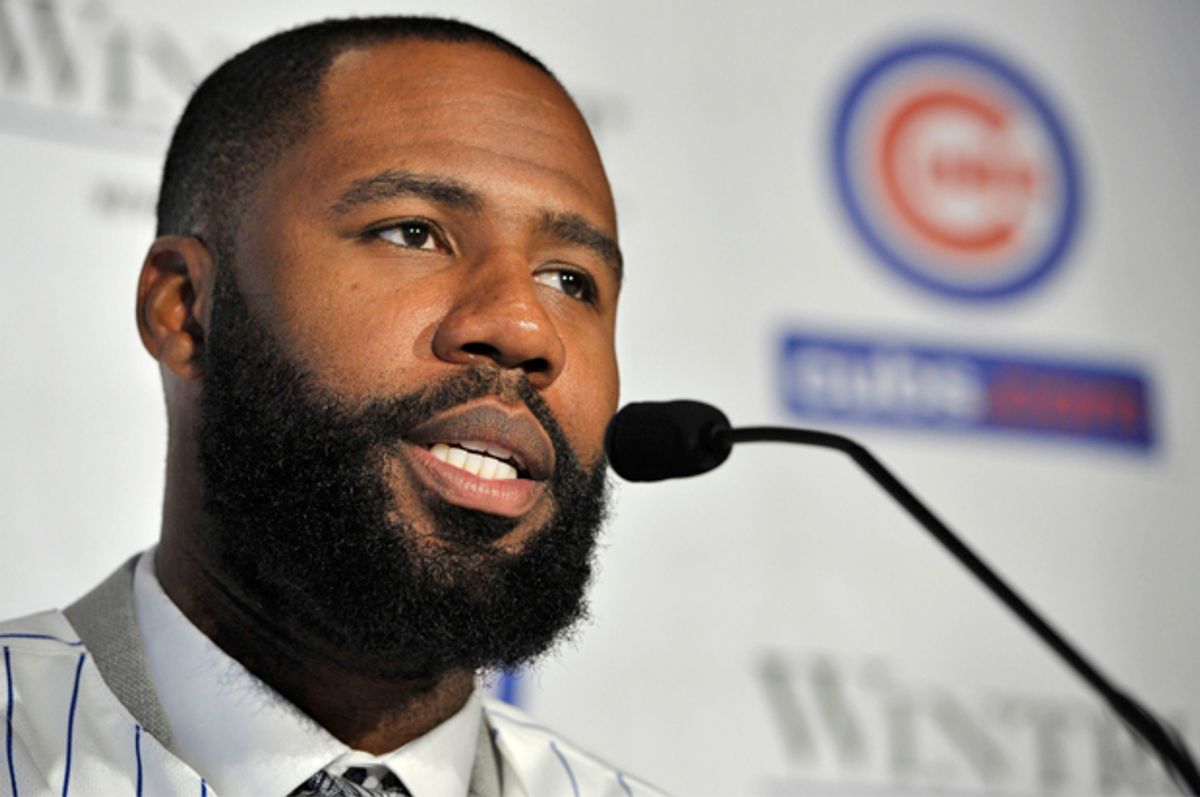 Cubs star Jason Heyward was called the n-word and booed by Cardinals fans in his return to St. Louis on Monday night, according to  the Daily News.

In addition to being shouted down every time he touched the baseball or stepped into the batter’s box, ESPN mics picked up multiple Cardinals fans hurling racial slurs at him, the Daily News reported.

The right fielder — who signed an eight-year, $184 million contract with the Cubs the in the offseason after playing one year with the Cardinals — was apparently unaware of the racial slurs, but said he was fine about being booed.

“You hear it,” Heyward told ESPN. “It’s fun. They don’t boo too often. It must be someone important or someone doing something worth booing.”

However, according to Deadpsin, no actual slurs were heard on the broadcast. ESPN told Deadspin game audio was being reviewed, but "to their knowledge no slurs had been picked up."

Outraged fans took to Twitter to express their disbelief at the profanities used against Heyward.

Just shocking to me that Jason Heyward would want to leave a city whose fans called him the n word last night. — Jim Adair (@jimadair3) April 19, 2016

Hey @Cardinals how about addressing your racist fans calling Heyward the N-Word? Or will you just ignore it?