What frat-boy "charity" looks like: Sorority women "humiliated in the name of philanthropy" 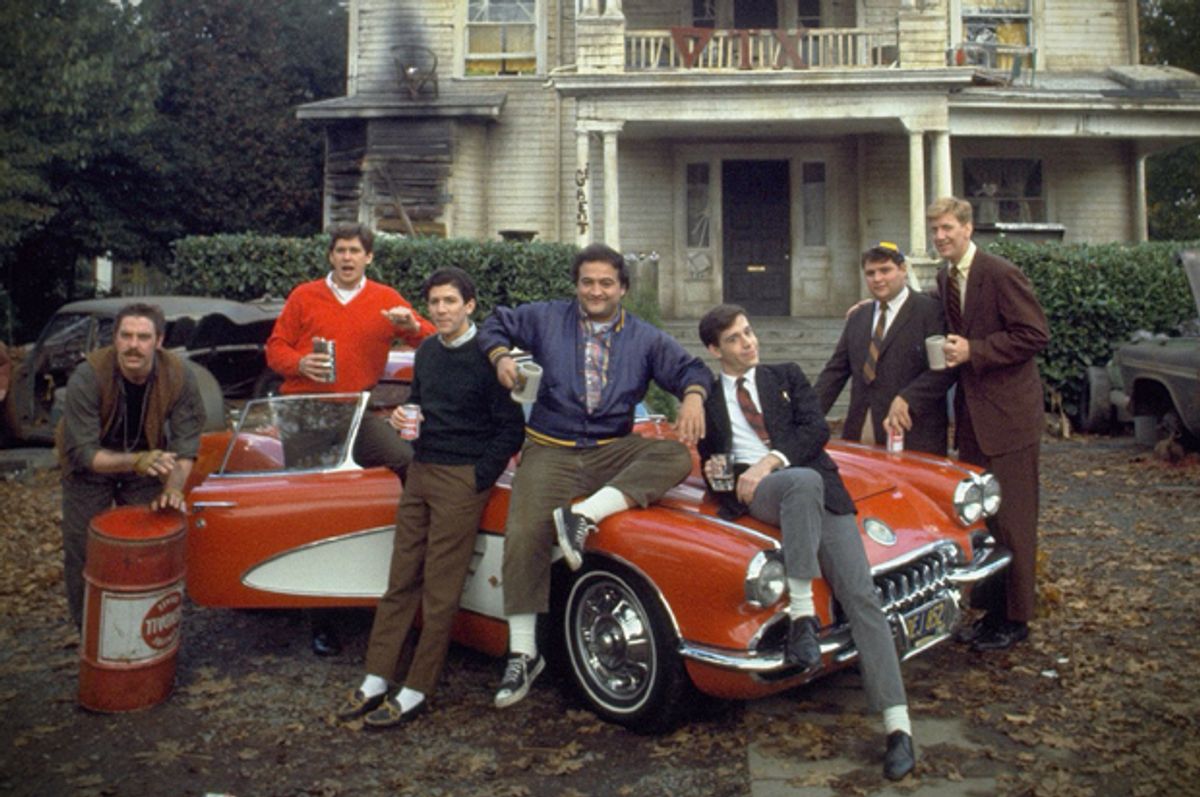 It's incredible how, in the midst of ostensibly doing something good, people can be such goddamn idiots. Because nothing says, let's help a children's hospital quite like sexually harassing women. But for charity!

As the Daily Beast's Katie Zavadski reports, the University of Mississippi's chapter of Sigma Chi fraternity is now under investigation for the gross behavior of its members during a "Derby Days" charity event. Over the weekend, an Ole Miss student named Abby Michelle Bruce posted on Facebook that she had just "watched women be humiliated in the name of 'philanthropy'":

After a week long process of all the sororities on campus competing to raise money for Sigma Chi's philanthropy, the guys proceeded to ask the contestants for their Derby Days queen over the mic at the dance competition where hundreds of women were gathered "which sigma chi they would go down on," "what type of sausage would they prefer: linked or sigma chi," and other questions of the like…. Women were busting their asses in extremely choreographed routines some chanting "sigma chi, sigma chi," stroking the egos of guys whose only self worth is found in the letters they wear. If there are great guys in this organization, I have to wonder where they were tonight.

During the event crowded event, emcees known as "Derby Daddies" asked a potential queen named Bobbie Jo, "What's your nickname?… We're gonna go ahead and take BJ on that one." They then asked her what her favorite memory of the Sigma Chi basement was, once again referring to her as "BJ."

Speaking to NewsWatch Ole Miss Monday, Sigma Chi president Clay Wooley acknowledged, "Those things never should have been said," but added, "It's supposed to be done out of innuendo and fun and it got carried away too far this year." As he put it, "The focus of this event is charity, and unfortunately it seems that the focus has gotten away from that recently." He said that he hopes now the incident can spark "a dialogue," and added that "We achieved our goal. We raised a thousand units of blood and over $25,000 for the children's hospital."

A weekend statement from the university notes that "Representatives of the Title IX Office at UM are actively investigating the allegations that have been discussed on social media platforms. If substantiated, the behavior reported at this event clearly violates campus policy and one of the UM community’s core values, which is for our students to show respect and dignity for all." The fraternity has also issued a formal apology.

But Sara Beth Childers, a Kappa Delta sorority member, told the Daily Mississippian Monday that "Just because they’re having a men’s club kind of humor shouldn’t take away the fact that what they’re doing is really good. They should be respectful but don’t take away the great work that they do. Everybody’s become so feminist that they can’t take anything lightly."

I think if you're having public events in which guys think it's cool to ask young women if it's true they "go down faster than an anchor" we're not in imminent danger of becoming "so feminist." And what's depressing about what happened at the Derby Days event is that even now the excuse that it was all for a good cause is being trotted out as some kind of mitigating factor. But you don't have to treat women like garbage to raise money for children. Giving to charity doesn't buy anybody free pass to be a jerk. And as Abby Bruce says, it's not acceptable to be "doing something bad in the name of something good."