All famous Rachels, watch out: Beyoncé fans are coming for you — whether you're "Becky with the good hair" or not

When designer Rachel Roy made a sideways claim to being #Lemonade's public enemy #1, this hilarious meme took off 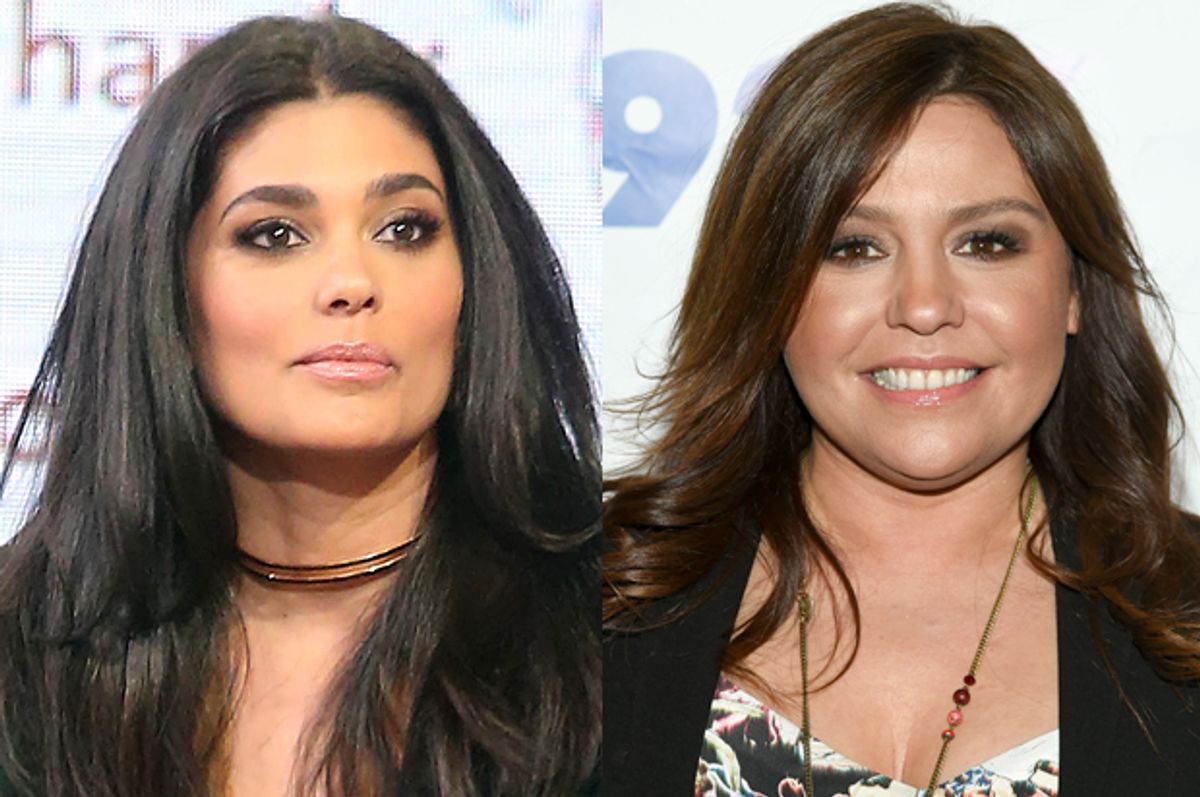 In much the same way that Herod — or King Joffrey, if that's more your reference point — went after all the babies in the land just to ensure the correct one was punished, woe unto the high profile women of social media who share a name with the woman who may or may not have ever been Jay Z's side piece. Or as a Beyoncé fan put it recently on actress Rachel Bilson's Instagram, "We coming for all named Rachel." IT BEGINS.

It started with Beyoncé's brilliant new album and HBO special "Lemonade," in which the literal hardest working woman in show business rages at a cheating man. She declares "ashes to ashes, dust to side chicks," and says, "He only want me when I’m not there. He better call Becky with the good hair." I kind of hoped it was a Taylor Swift reference, because that would truly be a reference the Internet would devour with a spoon.

But as the Beyhive circled the wagons on a pitchforks-and-torches mission to bring "Becky" to justice, along came designer Rachel Roy to douse gasoline on the situation. What on earth could she have been thinking, posting a photo of herself on Instagram and saying, "Good hair don't care, but we will always take good lighting, for selfies, or self truths, always. Live in the light. #nodramaqueens"?

Just a good-hair coincidence? Unlikely, when it's been rumored that Solange Knowles got into it with Roy two years ago, shortly before her famed elevator altercation with her famous brother-in-law. Back then, speculation ran high in the tabs that Solange had deemed Jay Z's relationship with Roy growing a bit "too close."

Roy soon had reason to regret that defiant Instagram post, as the buzzing of the swarm became so intense she had to lock her account. But on Twitter, she obliquely announced that "I respect love, marriages, families and strength. What shouldn't be tolerated by anyone, no matter what, is bullying, of any kind." A Beyoncé fan soon replied with the sage advice, "Avoid three things;1) Jay 2) Elevators 3) Solange."

But the fury of Beyoncé's army cannot be confined to one woman. In perhaps the funniest case of initial mistaken identity ever, celebrity chef and perky, whiskey-voiced talk show host Rachael Ray found herself accidentally in the path of the Beyhive's scorched earth policy, with her Instagram tearing up with warnings, "we on our worst Beyhaviour. Keep your beef in your burgers and away from beyonce hoe."

Come on, Beyonce's not even that into burgers.

Soon, because the Internet exists in a constant state of devouring itself, the All Rachels Must Pay meme was self-referentially spreading, with cryptic lemons, bees and skulls popping up on the Instagrams of Rachel Zoe and Rachel Bilson — but not, thus far, Rachel Bloom. Watch your back, Rachel Bloom! (Rachel McAdams, obviously a time traveler who anticipated this, avoids social media.) The buzzing is only getting louder. And for now, if you've got "good hair" or just think you do, and are named either Becky or Rachel, and have ever met Jay Z — or not — you should probably just lay low, because the Beyhive is handing out lemons.