"El Trumpo Takes a Thumpo": St. Louis is latest city to get in on Donald Trump piñata craze

“This is our political statement,” said restaurateur and artist Francis Rodriguez 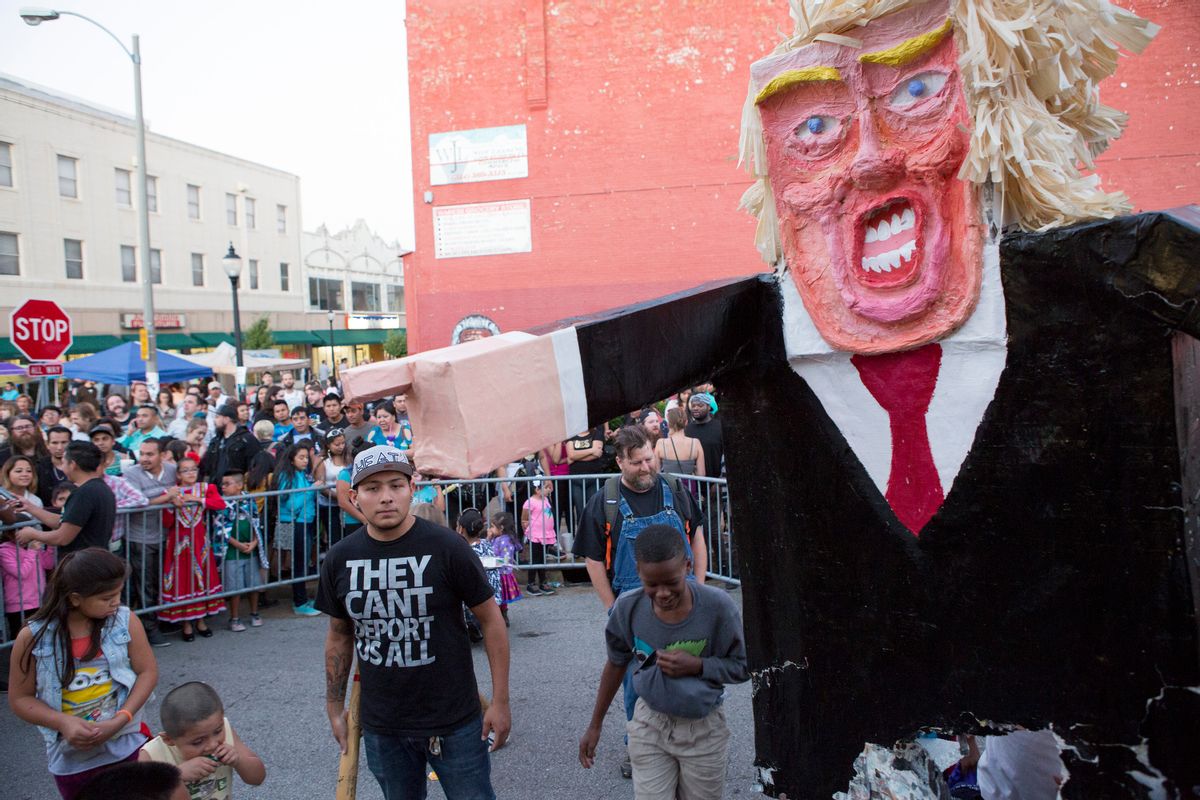 St. Louis is the latest city to get in on the Trump piñata trend. In preparation for the city's Cinco de Mayo celebration, a Donald Trump piñata will be placed on a golden throne.

The Trump Piñata will be on display at Yaquis Pizza and Wine Bar, where around dusk on Saturday, May 7, kids will  be able to bash down El Trumpo and grab as much candy as they can during the event,called "El Trumpo Takes aThumpo." The piñata will be unveiled on April 27.

“This is our political statement,” Rodriguez said in a news release. “I see Donald Trump as a dangerous character. We are trying to get people to think about him and about what he really stands for. We don’t have much power in the greater society versus those like Donald Trump who dominates the airwaves. Therefore, the only weapon we have is ridicule.  We are making fun of Trumpo. This event is meant to be an inclusive event for the entire family.”

Rodriguez first crafted the prop for Mexican Independence Day in 2015 – the tagline, “ElTrumpo Takes aDumpo.”  This year, he is planning a bigger and better El Trumpo piñata, at 10-feet high and 5.5-feetwide wide. Artists are currently in the final stages of the piñata.

Donald Trump piñatas have been a  hit since the real estate magnate announced his bid for the presidency and a profitable sale for many small time business owners. Mashable reported that Lorena Robletto, a retailer in downtown Los Angeles' Piñata District, has sold at least one Donald Trump piñata a day over the last two months.