Bernie Sanders is right about poor voters: The wealthy vote more — and it's hurting our democracy

Sanders took heat for suggesting that low turnout among the poor hurt his campaign. He brings up a good point 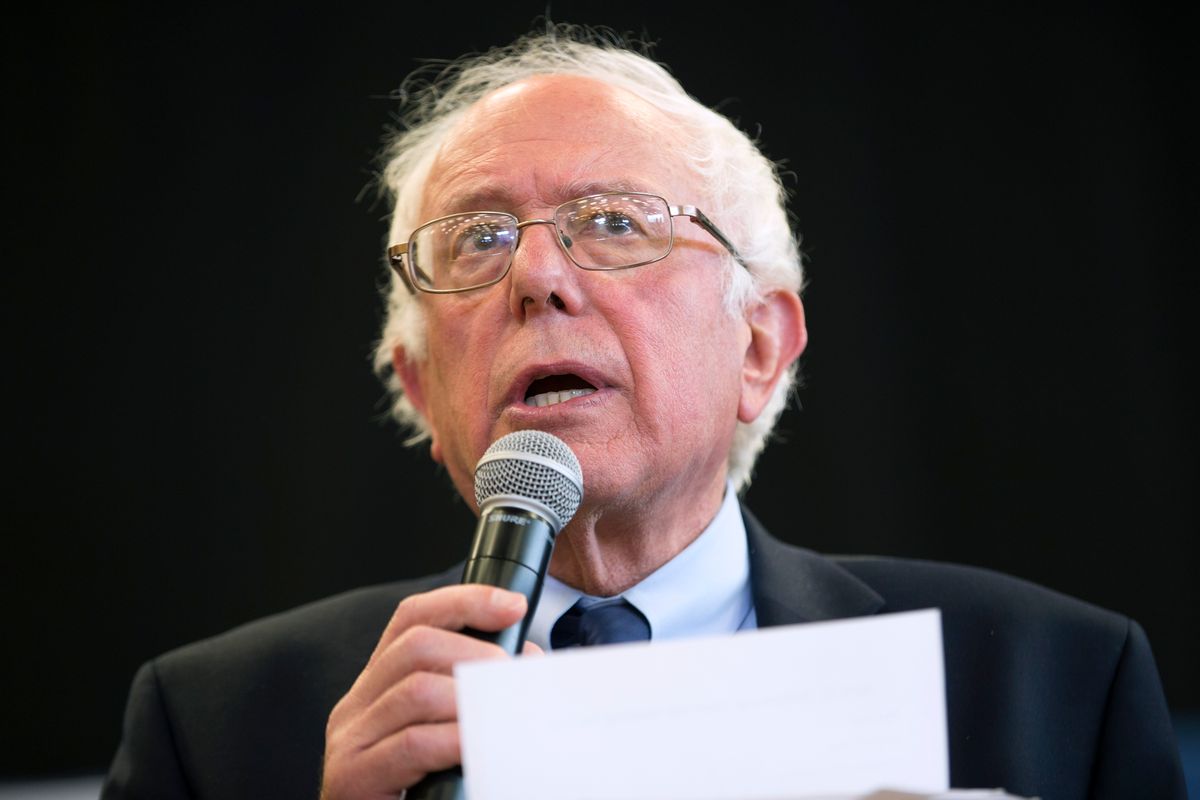 In 2014, the Census Bureau reported that 42 percent of voting-age citizens in the United States actually voted, the lowest in a midterm since the Census began collecting the data in 1978. However, digging deeper, this number is even more worrying than it initially appears, because voting in the U.S. is deeply divided across race, age and class.

Democratic Presidential candidate Bernie Sanders recently drew attention to this issue, along with some criticism, by saying that “poor people don’t vote. I mean, that’s just a fact.” He went on to say, "That’s a sad reality of American society. And that’s why we have to transform one, as you know, one of the lowest voter turnouts of any major society of Earth.”

Both Sanders and Clinton have made voting rights core to their platforms (Clinton has pushed for automatic voter registration and ending felon disenfranchisement), as they should. The evidence suggests that more voting would lead to a more representative democracy.

As my 2015 report at Demos (which uses Census Bureau data) shows, there are deep class disparities in turnout in presidential elections, and these gap are magnified in midterms. However, turnout bias this dramatic is not the norm internationally. A 2009 study by Jens Alber and Ulrich Kohler finds, “The United States thus stand out for their remarkably high inequality of electoral participation.” Political scientist Henning Finseraas finds that the United States has dramatically higher income bias than any of the countries he studied. Political scientists Lane Kenworthy and Jonas Pontusson, after exploring the relationship between voter turnout and redistribution, write that, “low turnout offers a potentially compelling explanation why the American welfare state has been so much less responsive to rising market inequality than other welfare states.” This bias does indeed lead to policies that benefit the rich.

One of the most important shifts in research on voters and nonvoters in recent years has been the shift in understanding about policy preferences. For decades political scientists argued that the preferences of voters and nonvoters were essentially the same. Benjamin Highton and Raymond E. Wolfinger summarized this consensus in a 2001  paper, writing, “Simply put, voters’ preferences different minimally from those of all citizens; outcomes would not change if everyone voted.”

However, this conventional wisdom has increasingly been challenged, particularly by political scientists Jan Leighley and Jonathan Nagler, who argue that gaps between voters and nonvoters are real, expanding and particularly strong on issues related to class and the size of government. They argue,

“We consistently find on issues of economic redistribution-those issues most related to income and economic inequality-voters have more conservative policy preferences than nonvoters.”

Examining data from 10 different election years (from 1972 to 2008), they find that differences between voters and nonvoters in vote preference were statistically significant in six of 10 elections, and differences in partisanship were different in eight of 10 elections.

More recent research using the most reliable data sources have also shown differences. Using Cooperative Congressional Election Studies data (which are validated, meaning whether a person voted is confirmed using their voter file), Lynn Vavreck, Ryan Enos and Anthony Fowler find that high-propensity voters are, “wealthier, more educated, more likely to attend church, more likely to be employed, more likely to approve of Bush, more conservative, and more Republican.” Scholars Brian Schaffner and Stephen Ansolabehere examined the most comprehensive data on voter turnout and find that core voters are more conservative than marginal voters (who vote in few elections) and non-voters. My work examines the American National Elections Studies 2012 dataset, and uses polling data from Pew and YouGov to show the gaps between the preferences of the rich and poor. Voters are different, and they tend to be more conservative.

These differences in preferences impact policy. For instance, political scientist Anthony Fowler notes that when compulsory voting was implemented in Australia, the increased voter turnout by 24 percentage points and the result was increased vote and seat shares for the Labor Party of 7 to 10 percent. Fowler used several methods to examine what the impact of universal turnout might be in the United States. One method used is to compare on-cycle gubernatorial elections (ones that coincide with a federal election) with off-cycle elections. He finds a stunning result: On-cycle gubernatorial elections increase turnout by 17 points, and Democratic vote share by 6 points, enough to shift many elections.

Voter turnout would also influence policy. In a new study at the state level, political scientists Christopher Witko, Nathan Kelly and William Franko confirm this analysis. They find that states with higher levels of class bias in turnout have higher levels of economic inequality because high levels of class bias limits the power of progressive policymakers and reduces the liberalism of economic policymaking. This relationship was also discovered in a recent paper by James Avery, who finds, “states with greater income bias in turnout have higher levels of income inequality.”

In an early study on the influence of class in turnout, Kim Hill and Jan Leighley find that higher turnout among the poor (and thus lower class bias) leads to higher spending on welfare programs. Economists Timothy Besley and Anne Case find that,

So how do we increase turnout?

The chart below shows why registration matters so much. According to Census data, even if every single registered low-income person voted in 2014, turnout would still be lower among the poorest group than the richest. The fact that low-income people aren’t registered means that they can’t vote, but it also means they’re invisible to campaigns, which use voter files to mobilize voters. A recent study by political scientists Simon Jackman and Bradley Spahn finds that individuals who don’t appear on voter lists report far lower levels of mobilization by campaigns. They also find,

“If unregistered and unlisted people voted at comparable rates to registered people with the same level of interest in politics, both the 2000 and 2004 Presidential elections would have been won by Democrats.”

Registration barriers dramatically reduce turnout among low-income people, people of color and young people. By automatically registering all Americans to vote, we can create a more responsive and equitable democracy.