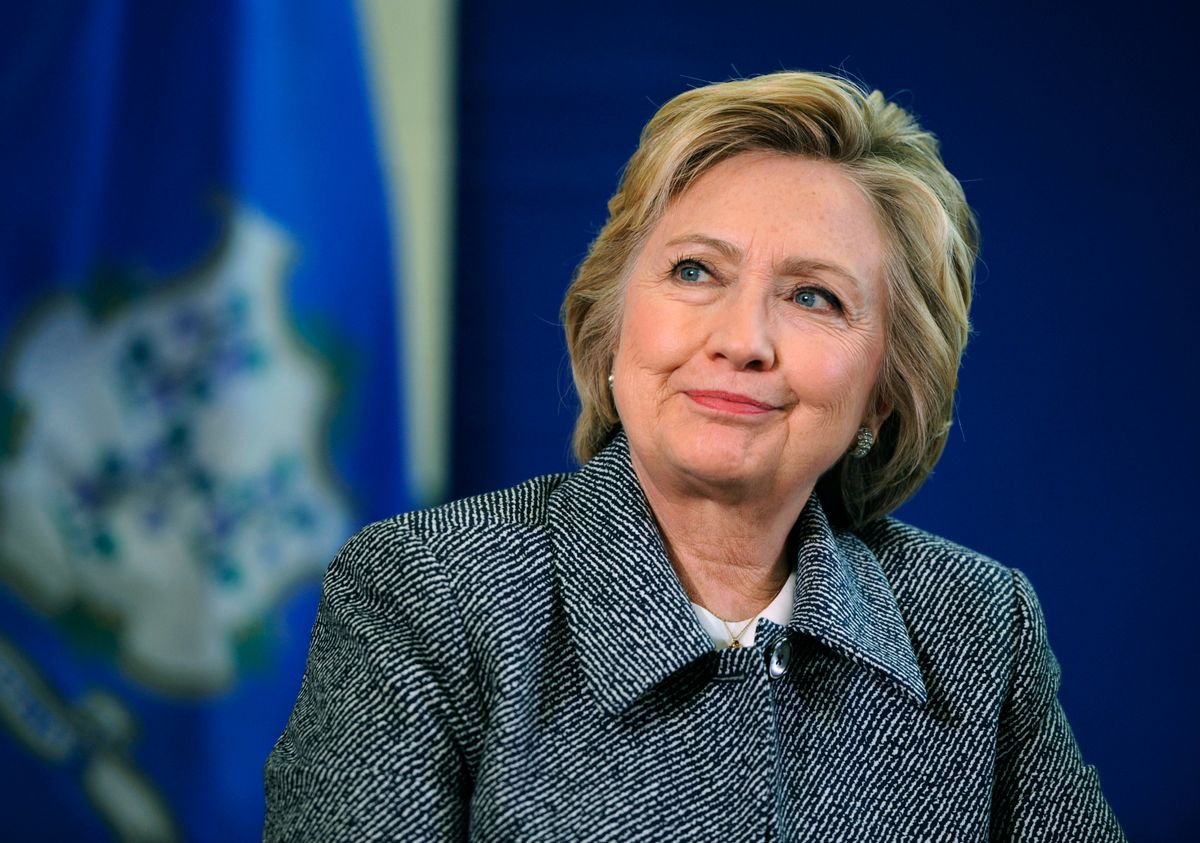 In this April 21, 2016, photo, Democratic presidential candidate Hillary Clinton listens during a campaign event in Hartford, Conn. Clinton cant win enough delegates on April 25 to officially knock Bernie Sanders out of the race for president, but she can erase any honest doubts still left that she will soon be the Democratic Partys nominee.(AP Photo/Jessica Hill) (AP)
--

Before Hillary Clinton launched her fundraising vehicle, the Hillary Victory Fund, last summer, she promised to “rebuild” the Democratic Party “from the ground up.” Clinton declared, “When our state parties are strong, we win.” However,  a report by Politico  Monday shows that less than 1 percent of the $61 million raised so far has actually remained in state parties.

The venture, labelled a joint fundraising committee, includes the Hillary Victory Fund, the Democratic National Committee and a record 32 state party committees.   Due to a 2014 Supreme Court ruling, the set-up allows Clinton to receive checks of $350,000 or more at fundraisers hosted by super-rich donors. Recently Clinton held at the home of Amal and George Clooney in Los Angeles, where a seat at the head table cost $354,000. Clooney himself later admitted the money they raised for Clinton was "obscene" and should also help Democrats in down ticket races.

According to Politico, state party committees have received $3.8 million from the victory fund, but $3.3 million (88 percent) was soon after transferred to the DNC. Conveniently, Elizabeth Jones, who is the COO of the Clinton campaign, is also the committee's treasurer and decides how the funds are allocated.

"By contrast, the victory fund has transferred $15.4 million to Clinton’s campaign and $5.7 million to the DNC, which will work closely with Clinton’s campaign if and when she becomes the party’s nominee," reported Politico. "Most of the $23.3 million spent directly by the victory fund has gone towards expenses that appear to have directly benefited Clinton’s campaign, including $2.8 million for “salary and overhead” and $8.6 million for web advertising that mostly looks indistinguishable from Clinton campaign ads and that has helped Clinton build a network of small donors who will be critical in a general election expected to cost each side well in excess of $1 billion."
In essence, individuals are able to donate to the Clinton campaign via sideroads such as the Victory Fund, with sums 130 times greater than the $2,700 limit.

On the other hand, Clinton campaign manager Robby Mook called Sanders attacks a ploy "just to raise money for himelf."

"Instead of trying to convince the next generation of progressives that the Democratic Party is corrupt, Senator Sanders should stick to the issues and think about what he can do to help the Party he is seeking to lead," Mook said in a statement.

It should be noted, that the Sanders campaign also signed a joint fundraising agreement, but have not leaned on it the way Clinton has.

The challenge by the Sanders campaign comes after attacks from the Clinton camp, who said the Vermont senator was not a team player for the Democratic Party.

Clinton's campaign had not commented on the Politco report as of Monday afternoon.