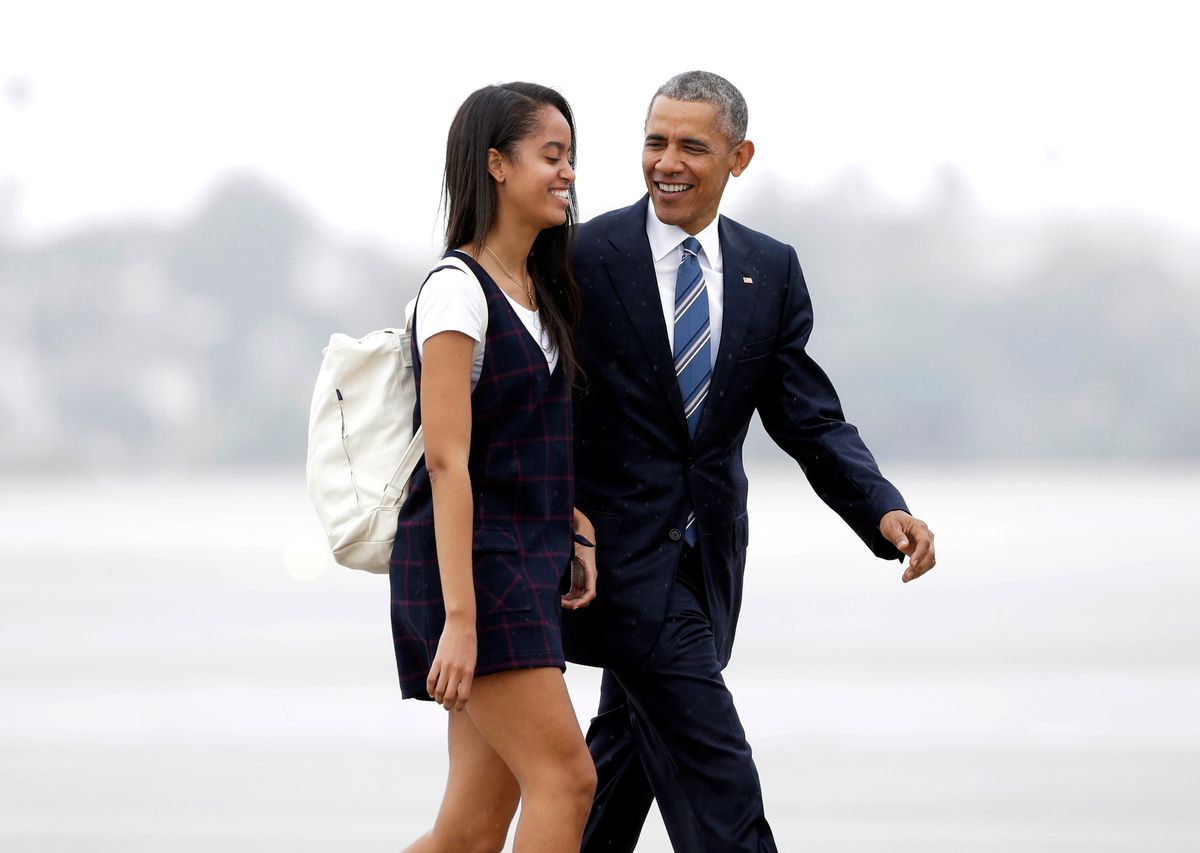 FILE- In this April 8, 2016, file photo, President Barack Obama and his daughter Malia walk from Marine One toward Air Force One at Los Angeles International Airport. Malia is taking a year off after graduating from high school before attending Harvard University as part of an expanding program for students known as a "gap year." (AP Photo/Nick Ut, File) (AP)
--

After posting a news story about Malia Obama's decision to take a gap year before beginning Harvard, Fox News was forced to remove the comment section from the article, after an avalanche of racism by readers, according to reverbpress.

Although the comments are now hidden, Addicting Info managed to take several screenshots of the hatefulness posted some on the news site. Typos and grammatical errors have been included as per the original:

I wonder if she applied as a muDslime..or a foreign student..or just a N-----

According to the screenshot, this comment garnered the most likes from other users, managing to combine three different groups of people into one racist sentence.

haode: if it were honorable it would surrender that spot to a needy citizens.

greg14: LITTLE APE SHOULD GO TO COLLEGE IN AFRICA,

ashes2dust: Hopefully she gets cancer/aids or one of those colored diseases.

napili: Don't You have to apply to Harvard or just be black?

This is not the first time the right has attacked  Obama’s daughter. Malia became the subject of attacks in 2015 after it was rumored she drank alcohol at a party while visiting Brown University. Conservatives decided that she was not only guilty of doing what many teenagers do, but that she was downright evil. She was also targeted after being photographed wearing a T-shirt with the words “Pro Era,” the name of a rap label.