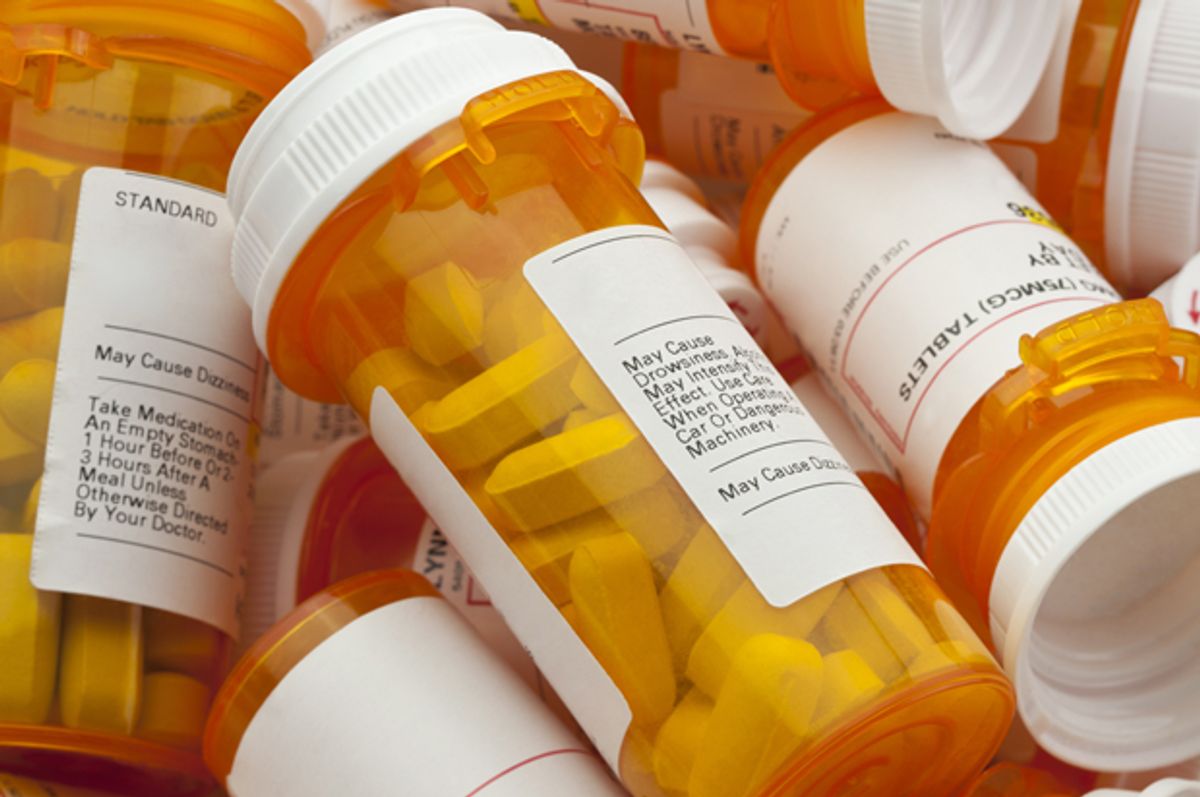 In America’s never-ending pursuit to be number one in all things, it has achieved top billing in a number of troubling areas, including where overmedication is concerned. We are the most pill-popping country on earth, with an astounding 70 percent of us regularly taking one prescription drug and about half of us taking two. A quarter of us take five or more prescription medications, according to the Mayo Clinic—which for the record, is a lot.

What goes into our bodies ultimately must come out, and that’s as true for meds as it is for anything else. Without getting into the elephant in the room (the question of what it means when a good portion of the population is taking enough drugs to kill said elephant?), let’s turn to another issue. That is, when some of those pharmaceuticals are excreted—meaning peed out by users—they generally end up in our toilet water. From there, they enter our waterways and recycled water supplies, the latter of which are used to irrigate food crops. Ultimately, new research finds, those drugs can unwittingly be re-absorbed both by humans and fish who never signed up for a prescription.

A new survey released in March by the Hebrew University of Jerusalem confirms that crops can bear the fruit, so to speak, of our prescription drug use. Researchers looked specifically at the cycle of carbamazepine, a pharmaceutical anticonvulsant generally used in the treatment of epilepsy that is also “ubiquitously detected in reclaimed wastewater, highly persistent in soil, and taken up by crops.” According to Science Daily, researchers had subjects eat produce—“tomatoes, cucumbers, peppers and lettuce”—irrigated with treated wastewater for seven consecutive days. At the end of the week “all members of the first group exhibited quantifiable levels of carbamazepine” in their urine.

"Treated wastewater-irrigated produce exhibited substantially higher carbamazepine levels than fresh water-irrigated produce," study lead Ora Paltiel, director of the Hebrew University-Hadassah Braun School of Public Health and Community Medicine, told Science Daily. “It is evident that those who consume produce grown in soil irrigated with treated wastewater increase their exposure to the drug. Though the levels detected were much lower than in patients who consume the drug, it is important to assess the exposure in commercially available produce. This study demonstrates 'proof of concept' that human exposure to pharmaceuticals occurs through ingestion of commercially available produce irrigated with treated wastewater, providing data which could guide policy and risk assessments.”

Before you start losing sleep about the drugs you’re taking in through the items in your crisper drawer, note that the study group later spent a week eating fresh-water treated crops. Researchers examined the urine again and found that the carbamazepine levels had returned to baseline levels. But Ars Technica points out why these results still deserve further inquiry:

While the amounts of the drug in produce-eater’s pee were [10,000 times lower] than what is seen in the pee of patients purposefully taking the drugs, researchers speculate that the trace amounts could still have health effects in some people, such as those with a genetic sensitivity to the drugs, pregnant women, children, and those who eat a lot of produce, such as vegetarians. And with the growing practice of reclaiming wastewater for crop irrigation—particularly in places that face water shortages such as California, Israel, and Spain—the produce contamination could become more common and more potent, the authors argue.

For fish, the widespread use of mental health drugs is turning out to have not so great collateral consequences. A report from Medco Health Solutions indicated that in 2010, more than 20 percent of American adults were taking “antidepressants, antipsychotics, attention deficit hyperactivity disorder drugs [or] anti‐anxiety” medications, up by 22 percent over a decade prior. Another 2014 study found one out of 13 American schoolchildren takes at least one medicine for “emotional or behavioral difficulties.” Brian Bienkowski, writing atEnvironmental Health News, notes that about 250 million antidepressant prescriptions are filled each year in the U.S., making antidepressants the country’s most prescribed medications.

While those mood lifters might be helping some Americans cope with their days, they seem mostly to bum fish out. Bienkowski cites a study out of the University of Wisconsin-Milwaukee that looked at the effect of putting low doses (one part per billion) of fluoxetine, more popularly known as Prozac, into water containing male fathead minnows. The result: not good.

Male minnows exposed to a small dose of the drug in laboratories ignored females. They spent more time under a tile, so their reproduction decreased and they took more time capturing prey... When the dose was increased, but still at levels found in some wastewater, females produced fewer eggs and males became aggressive, killing females in some cases.

The drugs seem to cause these behavioral problems by scrambling how genes in the fish brains are expressed, or turned on and off. The minnows were exposed when they were a couple of months old and still developing. There appeared to be architectural changes to the young minnows’ brains.

The new findings build on [study head and UWM professor Rebecca] Klaper’s previous research, which tested minnows with the gene changes to see how well they avoided predators. They swam longer distances and made more directional changes, which suggests that the drugs induced anxiety.

As Bienkowski notes, the World Health Organization says the amount of pharmaceuticals in our drinking water exists at levels that are about 1,000 times too low to have any real impact. But for marine animals, taking in antidepressants and other pharmaceuticals is a whole other matter.

“Fish do not metabolize drugs like we do,” Klaper told Bienkowski. “Even if environmental doses aren’t thought to be much for a human, fish could still have significant accumulation, and, it appears, changes in their brain’s gene expression.”

(This article first appeared on Alternet)