Hunger shouldn't be a crime: This is what a humane response to food insecurity looks like 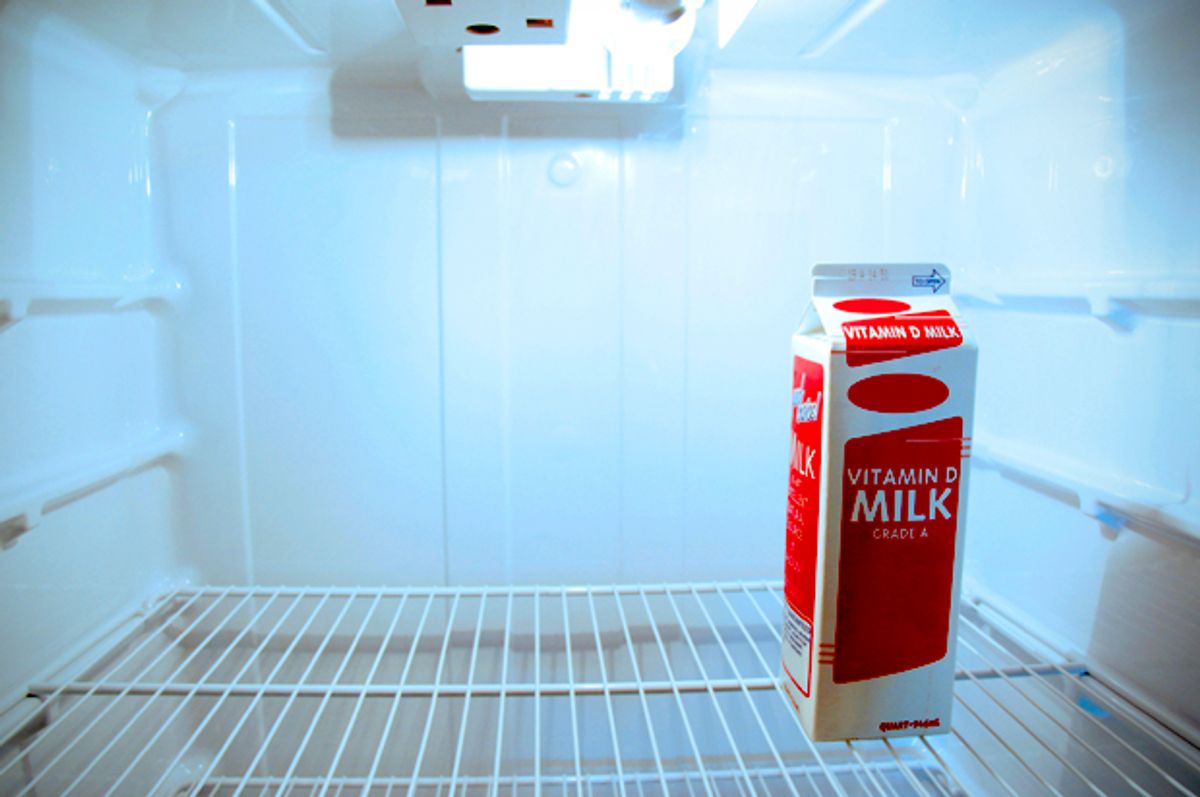 It may ultimately not establish a legal precedent anywhere, but should be an object lesson in what justice, tempered with mercy, can look like. In Italy this week, the country's highest court tossed out the conviction of a homeless man who'd been sentenced to six months in prison and a fine 100 euros — for taking less than five dollars worth of cheese and sausage because he was hungry.

Thirty-six year-old Ukrainian man Roman Ostriakov was originally sentenced back in 2013, after a fellow customer in a Genoa supermarket spotted him trying to leave with the extra food in his pocket, after he'd paid only for some breadsticks. Attorneys appealed the decision, but it was upheld in 2015.

More recently, General Prosecutor's Office in Genoa appealed again, arguing that since Ostriakov didn't make it out the shop with the merchandise, his charges should be reduced to attempted theft. Speaking with the New York Times, Valeria Fazio, an attorney with the office said they had hoped the action would result in a more lenient sentence. Instead, Fazio says that the Supreme Court of Cassation decided that he "doesn’t have to be punished at all."

While the full ruling has not been released, the appellate court did announce that "The condition of the defendant and the circumstances in which the merchandise theft took place prove that he took possession of that small amount of food in the face of the immediate and essential need for nourishment, acting therefore in a state of need," and that his action "does not constitute a crime." Former Supreme Court of Cassation member Gherardo Colombo told reporters that the ruling was likely based on the doctrine of "Ad impossibilia nemo tenetur" — "No one is expected to do the impossible."

Contrast that logic, if you will, with the kind of warped sense of right and wrong so deeply entrenched it inspired "Les Miserables." Last month in New Orleans, 34 year-old Jacobia Grimes found himself facing 20 years to life for shoplifting $31 worth of candy from a New Orleans Dollar Store. Granted, Grimes was taking candy and likely not acting in "a state of need," and his five prior theft convictions put him on the fast track for a heavier punishment. But when he appeared in court in April, even Criminal District Court Judge Franz Zibilich had to question the District Attorney's office's choice to throw the book at the accused quite so hard. "Isn’t this a little over the top?” Zibilich asked. "It’s not even funny. Twenty years to life for a Snickers bar, or two or three or four." Grimes later rejected a plea deal that would have sentenced him to four years. He is set to return to court Thursday.

In 2013, Texas man Willie Smith Ward, thanks in large part to his previous felony convictions, was sentenced to 50 years in prison for trying to shoplift a $35 rack of pork ribs. Assistant District Attorney J.R. Vicha said at the time that "This verdict shows that the citizens of this county will not tolerate a continued disrespect and disregard for other people and their property. People who choose to do so will be dealt with seriously and appropriately." Because fifty years in jail is "appropriate." And in 2015, after Jamycheal Mitchell — a paranoid schizophrenic — was arrested for stealing $5 worth of cake, candy and soda. He died after spending three months in a Virginia jail, where he'd been held because there were reportedly no beds at the state mental health facility.

You can argue that those cases in the U.S. were not driven by extreme poverty or hunger, but it'd be hard to make the case that lengthy prison sentences for pocketing food are in the service of the community. And sometimes, in places all across the world, hungry people are punished for just trying to eat. Here in the U.S., several cities have over the past few years implemented restrictions on programs that feed the homeless out of doors. Two years ago in the UK, Guardian writer and welfare expect Matthew Oakley shared his story of how, "feeling like it was my only option, I pocketed a sandwich from a supermarket. I was arrested and fined £80. I had no way of paying and spent a week in prison for non payment" and soon after, lost his apartment. But in Italy, where a quarter of the population now lives in poverty, this week's ruling could serve as an example of a new way of considering what happens after someone makes a desperate choice — the choice to eat. And Gherardo Colombo observes, "Under the Italian Constitution and the Universal Declaration of Human Rights, everyone has a legal right to dignity. If you can’t eat because you have absolutely no money, and cannot sustain yourself without taking something you don’t own, in this case, the Italian criminal law justifies this theft."