That's the way love goes: How not to talk about sex, motherhood and Janet Jackson 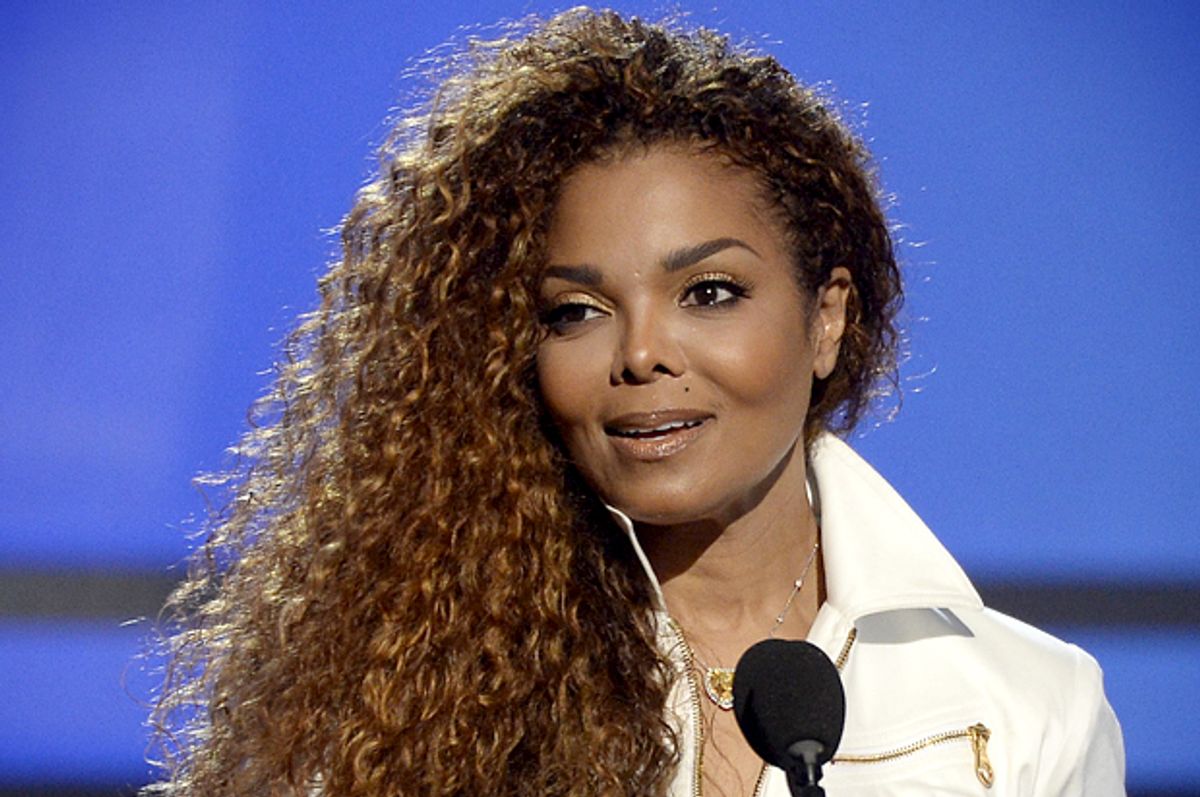 In the dysfunctional world of celebrity gossip, the fertility of any high profile female over the age of 12 and under 70 is always up for public speculation. What else is there for a woman, however successful, to do if not reproduce? Yet the "exclusive" ET report this week that "a source confirms to ET that Janet Jackson is pregnant with her first child" has been a particular bonanza for the tabloids. After all, if you can wrap your commentary about motherhood along with some active concern trolling about her age, jackpot!

Last month, Jackson — who you must never forget is currently two weeks shy of her 50th birthday — announced that she was taking a break from her world tour. As she told fans in a video she shared on social media, "We’re in the second leg of the tour and there actually has been a sudden change. I thought it was important that you be the first to know. My husband and I are planning our family, so I’m going to have to delay the tour." Jackson did not elaborate on the exact nature of her family plans, but said, "Please, if you could try and understand that it’s important that I do this now. I have to rest up, doctor’s orders. But I have not forgotten about you. I will continue the tour as soon as I possibly can." Then, earlier this week, she dropped her new single and video, for the possibly relevantly titled "Dammn Baby." Wednesday on Twitter, she was still silent about her status, but shared the video and said, "It's all about Love…"

As ET reports, this is Jackson's third marriage. Eight years ago, when she was with Jermaine Dupri, she admitted, "I would love to have children of our own, but we also would love to adopt. So, we'll see what happens. It'll happen someday." Predictably, the comments now on the fluffy ET story about her possible pregnancy are full of helpful remarks like "49 is way too old to be having a first child" and "She's going to have a freak at her age." The celebrity media, meanwhile, has been more roundabout — with headlines making sure the singer's age is front and center. "The Singer, Who Turns 50 This Month, Is Reportedly Expecting Her First Child," reports People, while Radar announces, "Janet's Secret Struggle: How Jackson Got Pregnant At Age 49." And of course, there's plenty of oblique hand wringing to accompany the reports. "Good Morning Britain" has already aired a segment featuring a UK doctor warning, "It's very worrying for me… Don’t think just because Janet Jackson can do it that you can at 49 as well." The Express ran a poll asking, "Is 49 too old to have a baby?" ABC News, meanwhile, couldn't wait to wonder aloud how she'd done it. And Hollywood Life chimed in with an "expert" on the health risks, greeting the possible news with a chipper, "Yikes! We hope Janet Jackson knew what she was getting into by getting pregnant at 49-years-old, because with her advanced years comes way more chances of having something go wrong." Which by the way is a seriously garbage remark to make about any woman, ever.

While the press and public can easily greet the news that 55-year-old Eddie Murphy has this week welcomed his ninth child, the biological realities for women are simply different. Even with advancements in fertility changing the goal posts for childbearing years, we do not have an infinite period to start a family. Unless she has a lot of money for IVF, surrogacy, egg donors, or however else you want to game the clock, the fact remains that the likelihood of a woman conceiving and delivering a healthy baby diminishes sharply with time. And yet you can't check out of a grocery store without seeing a tabloid cover story on whether Jennifer Aniston or Cameron Diaz has done her womanly duty and gotten knocked up yet.

A provocative, much-shared New York magazine feature asked four years ago, "Is there anything wrong with being 53 and pregnant?" I don't know, but since I'm neither 53 nor pregnant, I suspect it's none of my business. And while one can debate the ethics of celebrity stories that seem to peddle an unrealistic picture of effortless fecundity at any age, it'd also be helpful to remember that Janet Jackson is a human being who by her own admission is currently devoting her attention to starting a family. Speculating on the wisdom of any individual woman's decision making or the details of her road to motherhood is weird and invasive. And when and if Jackson shares more information, the appropriate response is simply, "Good for you."