WATCH: Kesha covers Lady Gaga's "'Til It Happens to You" during emotional performance at Humane Society Gala 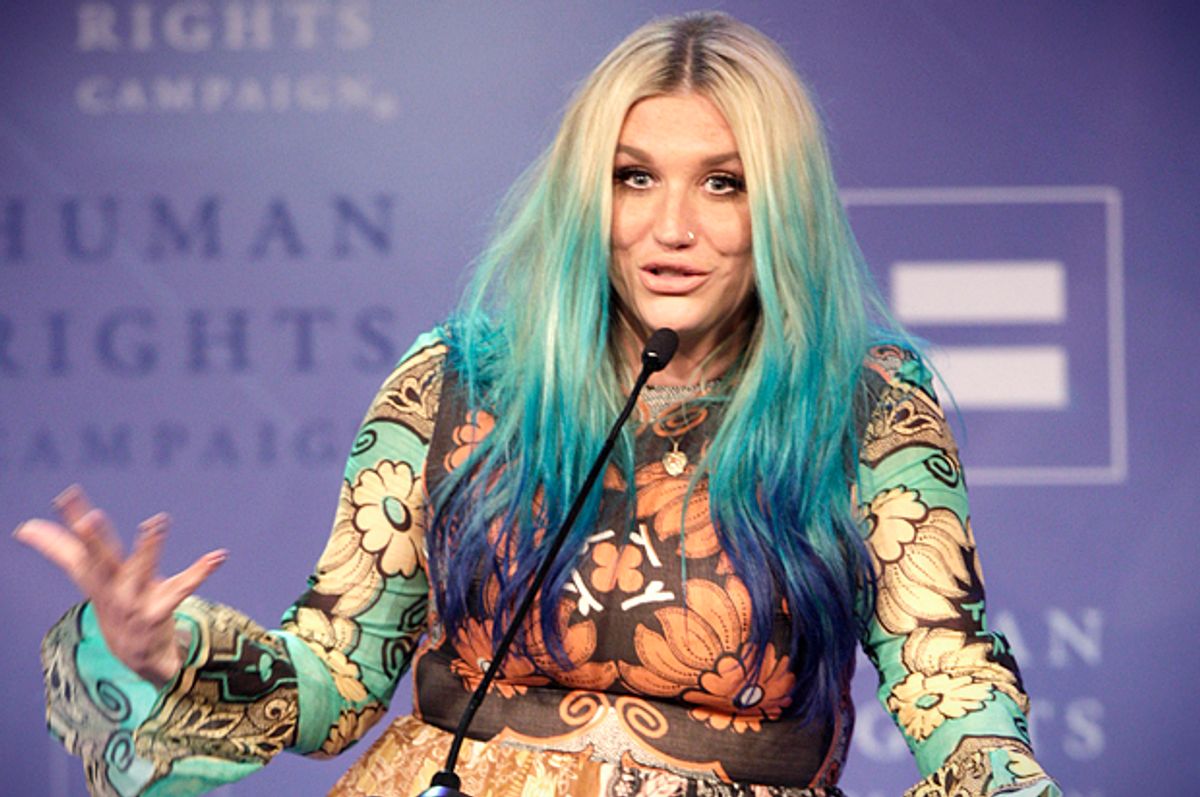 As Kesha's legal battle against producer Lukasz "Dr. Luke" Gottwald  for allegedly sexually abusing her continues, the singer performed a touching rendition of Lady Gaga's "Til It Happens to You," Sunday at the Humane Society gala reports Rolling Stone.

"I want to dedicate this song to every man, woman, child and animal that has ever been abused," Kesha said before her performance.

The song, written by Diane Warren and originally penned for the campus rape documentary "The Hunting Ground," was first performed by Lady Gaga at the Oscars this year.  Kesha barely managed the opening line – "Tell me it gets better" – before being overcome with emotion, forcing her to step back from the microphone, until regaining composure.

Last October, Kesha filed suit against Dr. Luke, claiming that the producer had “sexually, physically, verbally and emotionally abused” her over the course of a decade, since she signed with him at age 18. Kesha claims that Dr. Luke once made her snort a substance before getting on a plane and then assaulted her in the air. On another instance, she claims he drugged her with GHB, more commonly known as the date rape drug, after which she woke up sore and naked in his bed with no memories of the prior night.

Dr. Luke has countersued, arguing that Kesha was trying to exploit him in order to get out of her contract. As the legal battle has raged on, Kesha’s career has been frozen, with no new releases since 2013’s Pitbull collaboration “Timber.”

Kesha's injunction against Dr. Luke was denied in a New York court in February, but stars like Lady Gaga, Kelly Clarkson and Adele have all voiced support for the singer. A movement titled #FreeKesha was created by fans angry at Sony Music, which states that it “is legally unable to terminate” her contract with Luke because it was not party to the original deal.

In an Instagram post in February Lady Gaga responded to Kesha's abuse allegations showing support for the star:

"The very reason women don't speak up for years is the fear that no one will believe them or their abuser has threatened their life or life of their loved ones/livelihood in order to keep their victim quiet and under control," Gaga wrote. "What happened to Kesha has happened to many female artists, including myself, and it will affect her for the rest of her life.

Following Kesha's cover of "Till It Happens To You," Lady Gaga tweeted:

Killed it @KeshaRose. I could feel your pain. Girl these boys won't be in charge forever. The wisdom of women is rising. Let's get louder