Gene Simmons' Prince apology: What he gets wrong—and right—about addiction

Simmons walked back his insensitive remarks about Prince's death, but his anger isn't unreasonable 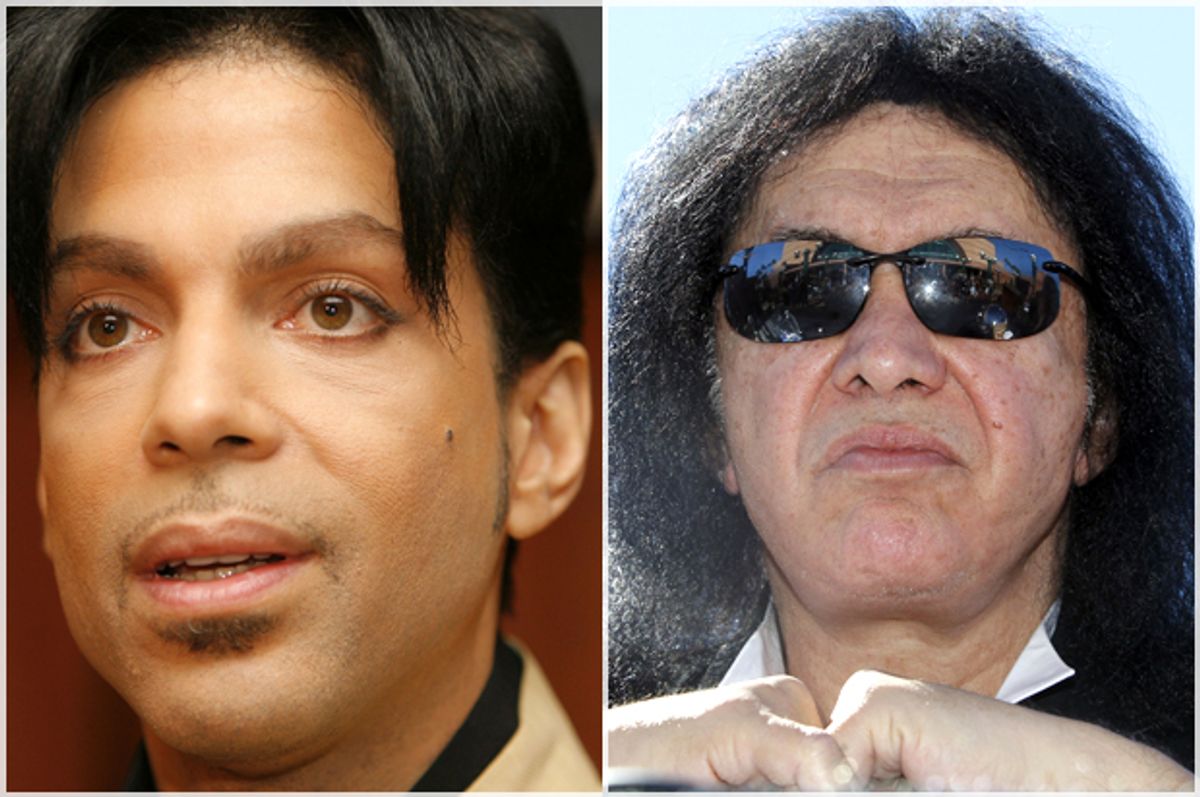 It would be infinitely better if public figures took a beat and thought it through before saying things they have to apologize for the next day. But give some credit to Gene Simmons this week for reconsidering his insensitive remarks about Prince — and shedding light on the frustrations often endured by those who find themselves in the path of someone else's demons.

In a very poorly thought out Tuesday interview in Newsweek, the 66 year-old KISS frontman reflecting on the recent deaths of fellow music legends, admitting that "Every day I wake up and I never take it for granted" and adding, "Bowie was the most tragic of all because it was real sickness. All the other ones were a choice." When asked if he meant Prince, he said, "His drugs killed him. What do you think, he died from a cold? I think Prince was heads, hands and feet above all the rest of them. I thought he left [Michael] Jackson in the dust. Prince was way beyond that. But how pathetic that he killed himself. Don’t kid yourself, that’s what he did. Slowly, I’ll grant you... but that’s what drugs and alcohol is: a slow death."

Speculation has run high since Prince's sudden death in April that he was abusing opioids — less than a week before he died, he fell unconscious and was reportedly administered an opioid overdose antidote. His exact cause of death is still, however, under investigation.

Simmons went on to explain that "Except in a dentist’s chair where they knock you out, I’ve never been high or drunk. I don’t care if anybody believes it or not. It’s just a personal life choice. I can almost understand drinking or getting high if it made my schmeckel bigger, or made me smarter, but nothing happens."

Well, how nice for him — it certainly seems to make it easier to judge other people's "personal life choices." But not long after the interview appeared, he reconsidered his words.

In a statement on Twitter, Simmons this week acknowledged that "I got such s__t from my family for my big mouth again. I apologize — I have a long history of getting very angry at what drugs to do the families/friends of the addicts. I get angry at drug users because of my experience being around them coming up int he rock scene. In my experience they've made my life, and the lives of their loved ones, difficult." And with that, he also hit upon a painful truth.

Not long ago, I read a widely shared essay by a woman who'd recently lost a friend who'd struggled for several years with addiction. It was both a loving tribute and a cry of rage about the ways that addiction and mental illness are ignored and stigmatized. And she shared how much it upset her that people who live and die with cancer are afforded a degree of sympathy that those whose lives end like her friend's did aren't. Simmons' cavalier remarks to Newsweek are a prime example — Bowie's cancer death qualifies, in Simmons' mind, as "tragic" but Prince's rumored drug abuse related death was "a choice."

Yet if you've ever had a front row view of someone you love going through addiction or a mental health crisis, you know how illusory the notion of choice really is. You know that suicidal people don't want to be suicidal, that addicts fall down repeatedly because they keep trying to get up in the first place. Their conditions suck for them. They make them lose jobs and friends, they cut out the joy and light from their lives. But unlike cancer, addiction and mental illness don't stop within the body of the person afflicted. Nope, if you've had a mentally ill parent or an alcoholic sibling or watched a spouse spiral into addiction, you've felt that powerful undertow effect. You've been disappointed and hurt, maybe very seriously. Because addicts can be really, really bad for people to be around. And it is possible to simultaneously recognize the out of control nature of another person's demons while also, like Simmons, acknowledging why their behavior might give one perfectly justifiable cause for anger ,too. These aren't life choices. They're conditions that result in tragedies. They're just tragedies that don't have a single victim.