Yes, she trolls hard—meanwhile, white men hurl hate at women and people of color all day, every day, with impunity 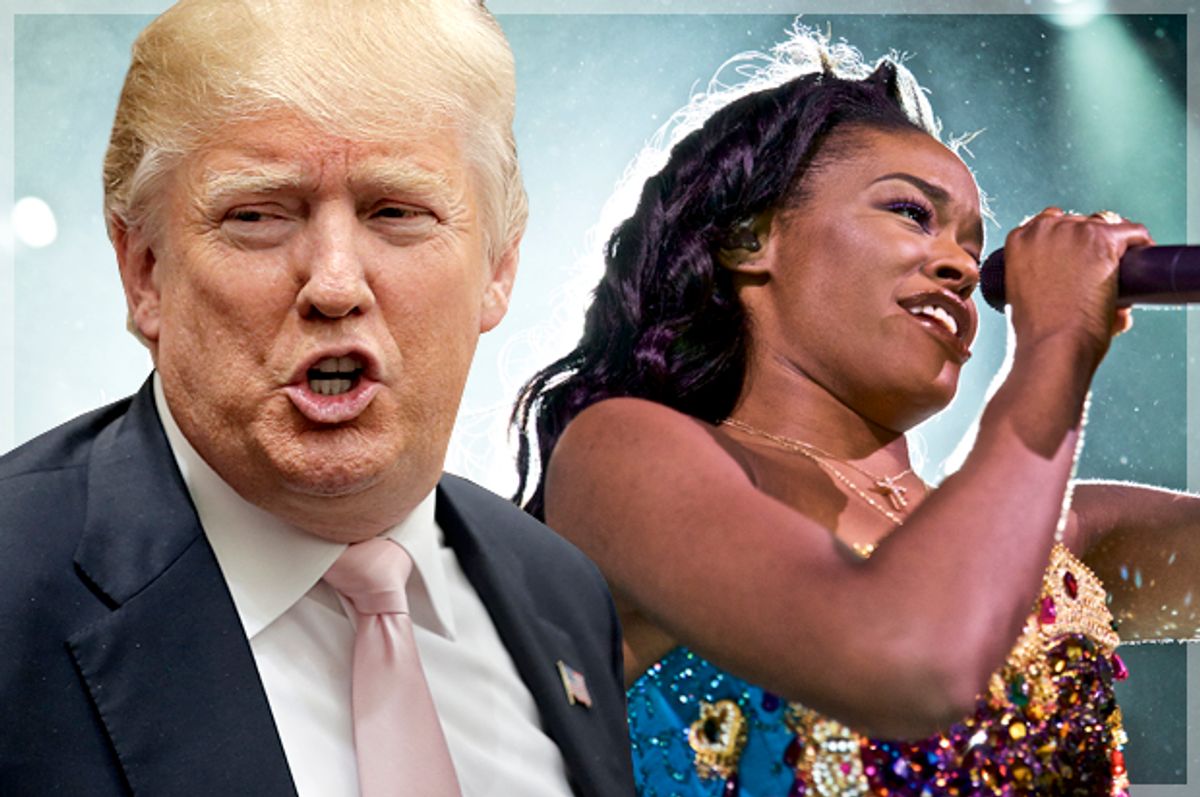 After years of Twitter users complaining strenuously about the harassment and abuse so many individuals are subjected to every single day, social media took a firm stand this week issued a very newsworthy suspension after a high profile user went on a tweet storm of racist, homophobic comments. And it's not that Azealia Banks doesn't deserve a time out. It's just, you know that black women aren't Twitter's biggest problem, right? You know that if you want to cut down on the trolling so many of us endure constantly, you're going to have show a little more effort?

The musical artist and Trump supporter has long enjoyed her role as the queen of Twitter beefs. She's gone after nearly every famous person in her industry, from T.I. to Nicki Minaj to Lady Gaga to Eminem. Three years ago, she reportedly had to hand over her Twitter password to her PR team to keep her outbursts in check. It did not take.

Just last month, there were complaints and calls for her Twitter account to be put on ice after she mused that Sarah Palin needs to "get headf___d by a big, veiny, ashy black d__k" and for "the biggest burliest blackest n_____s to run a train on her." The company issued a statement at the time that it had "reviewed the content and determined that it was not in violation of the Twitter Rules." But then this week, Twitter decided she'd gone too far.

It began with Banks musing on Instagram that former One Directioner Zayn Malik had copied her imagery for his new "I Would" video, saying "Zayn be mood boarding the f__k of out me .. I'm not mad about this though. Zayn is a cutie pie." But then Zayn apparently shot back on Twitter with a vague "No lies ... I see you reaching but I don't care" and all hell broke loose. In her typically bonkers stream of hot garbage, in which she called him, among other things, a "curry scented b___h," "punjab you dirty b___h," "the token sand n___a from 1D," and a "f____t."

On Wednesday, she also offered "Big apologies to anyone who was offended by any of the things I said. Not sorry I said it. But sorry for the way I made people feel. Everyone except the targets of my tirades."

She's still on Instagram by the way, if you're up for that mess.

Banks' behavior was gross and hateful, and it does not serve the online community in any way when anyone speaks to another human being the way she did. I'd just love it if Twitter could be so forceful about abuse when it's not aimed at people who aren't former members of One Direction! Just go on Twitter right now and look at mentions of oh, any high profile woman you'd like to name but definitely Hillary Clinton and Lena Dunham. Look at an inexplicably prominent conservative calling a critic a "c__t." Pick the worst words you can think of to call someone, plug them into Twitter's search, and then watch the results, live. Maybe take a look at sports journalists Sarah Spain and Julie DiCaro's recent video highlighting the horrendous, threatening things said to them on Twitter, regularly. Or think about the terrifying crap that women, people of color and the LGBT community is subjected to on the regular, and with seemingly no improvement in the situation.

It's true that Twitter has been known to step in and cut off other trolls, notably horrible person Chuck Johnson, who was shown the door last year. But Banks' time out means nothing to the Twitter users who get the same words she used at Zayn hurled at them all the time, with no consequences. And if Twitter really wants to be less gross, it's going to have to show it cares about those people too.