"The Monkees songbook is maybe the third-best": Peter Tork claims the bronze—right after the Beatles and the Stones

Salon talks to one-third of the surviving Monkees about indie rock collaboration, their legacy and "Good Times!" 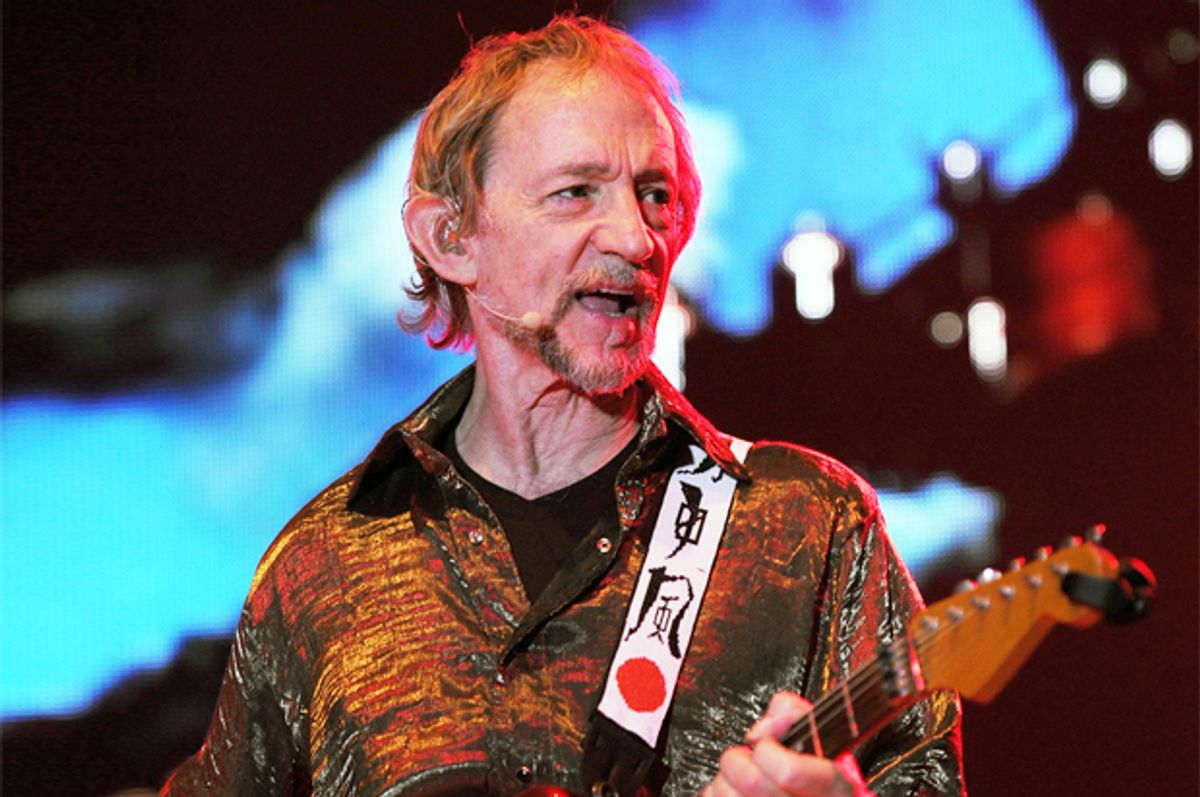 They may not be the young generation anymore, but the Monkees still have something to say. Their first new album in 19 years, “Good Times!,” features the legendary surviving members — Mickey Dolenz, Mike Nesmith and Peter Tork — defying the odds and offering a full plate of exuberant tunes in time for the summer. There are vintage tracks culled from the Monkees archives and composed by some of their famous collaborators from the ’60s, like Harry Nilsson (the title track), Goffin and King (“I Wasn’t Born to Follow”), Tommy Boyce and Bobby Hart (“Whatever’s Right)” and Neil Diamond (“Love to Love,” which features vocals from Davy Jones, who passed away in 2012).

In addition to newly composed material by the band, the generation that grew up on MTV reruns of their classic sitcom have come out to represent for their shaggy heroes, too. Adam Schlesinger of Fountains of Wayne produces, plays bass and also contributes power-pop songwriting; songs from Rivers Cuomo, Noel Gallagher and Paul Weller, Andy Partridge and Ben Gibbard are also featured.

Peter Tork and Mickey Dolenz kick off a summer North American tour on May 18 in Ft. Myers, Florida. "Good Times!" is out May 27.

Here, Peter Tork discusses the new album, the old times, why it’s tricky to mourn Jones and who owns bragging rights to the third-best songwriting catalog of all time. (Hint: they’re not your stepping stones.)

It's been a long time since the last studio album, "Justus."

And we can't even celebrate the anniversary every year because he died on leap year day. You know, February 29th?

But he lives on on the record. Emotionally speaking, how did you feel about going in the studio again after that?

Well, it was all right. I love to record, and get my chance to play a little banjo here and a little keyboard there and sing a little, and write a little song and sing another little song. All that stuff is right up my alley.

Are you always writing songs?

Yes. I actually wrote (this album’s) "Little Girl" back in the day as a sequel for Davy's (Monkees 1967 classic ballad) "I Wanna Be Free.” A chance for him to sing another beach love song, and I had this idea, Davy needs another song, and lo and behold there was this song.

Did the notion to make a new record stem from the tour you did (in honor of Davy)?

By the time the 50th anniversary was looming on the horizon, (Rhino, who are releasing "Good Times") were delighted at the thought of kicking up a fuss about it, having a stir. And I think it was an inspired choice to get Adam Schlesinger to produce it.

Were you a fan of Fountains of Wayne and his soundtrack work?

I certainly did know "That Thing You Do," and that's a tremendous calling card for this kind of a project.

Adam is uncanny with pop melodies.

Yeah, that's exactly right. So he was absolutely the man, and we're very lucky to have had his assistance on this. Due to his exact sensibility he manages to straddle the world of the pure '60s pop on the one hand, with the modern indie sensibilities on the other.

The vocals sound like you guys have been frozen in time.

We do. When Michael joined us on the road in 2012, it was astounding to hear that same voice do those same songs.

Did he play “Circle of Sky?” That’s my favorite Monkees song.

Yeah. But he wouldn't do it in the same key.

Where did all the vintage “new” material come from?  The “Monkee vaults”?

Yeah, Andrew Sandoval is Mr. superfan producer. Andrew is the keeper of all things Monkee. He can tell you pretty much who played on which cut from memory, by and large.

You have some heavy songwriters here from your past.

Got the Harry Nilsson and the Jeff Barry and the Carole King, and Neil Diamond. I think we might even have a Boyce and Hart song in there.

Yes, these are the very people that wrote your eternal songs—

Yeah, all the great Monkees hits.

What about the new stuff that’s getting such attention in the press?

Well sure, Rivers Cuomo and all those other indie guys.

How do you politely say yes or no when someone comes to you and says "I wrote you a song?"

I didn't do that. That was the Rhino guy. He was the one who said yes or no to this song, that song.

How do you in the studio make an Andy Partridge song not sound like XTC? How do you Monkee-fy it?

Well, I had never spent much time listening to those guys, so I don't know how they sound, which means as far as I'm concerned, you just do the song directly. Here's the lyrics, here's the changes, here's the key. They sent us a demo, you learn from the demo, but once you hear the demo, you say, I'll play that bass part as well as I can; you just do the best you can. It's just naturally going to happen that you don't sound like them any more than necessary.

Is this designed to open up the fanbase to Weezer fans, or vice verse?

That’s a good question. It’s not that we're trying to bring our people to them, but to bring their people to us. Obviously, if our fans become Weezer fans, we'd be delighted. Thrilled to death to be in the community.

Do you think Monkees are still living down a certain prejudice from the '60s?  That you were pre-fabricated?  Not a “real” band?

No, I don't. I think that has disappeared. The knives out, the prejudice, the disdain for the Monkees, that's an old people's trip, we're not interested in that.

The songs have proved themselves to be among best of 20th century pop.

I actually agree, I think the Monkees songbook is maybe the third-best song book. You can't beat Lennon/McCartney.

So who would be number 2?

Stones, I think. They did the blues, and that counts for a ton in my world. So third, maybe? That's not bad.