In a story about a new journalism initiative on San Francisco homelessness, NYT highlighted its own cluelessness 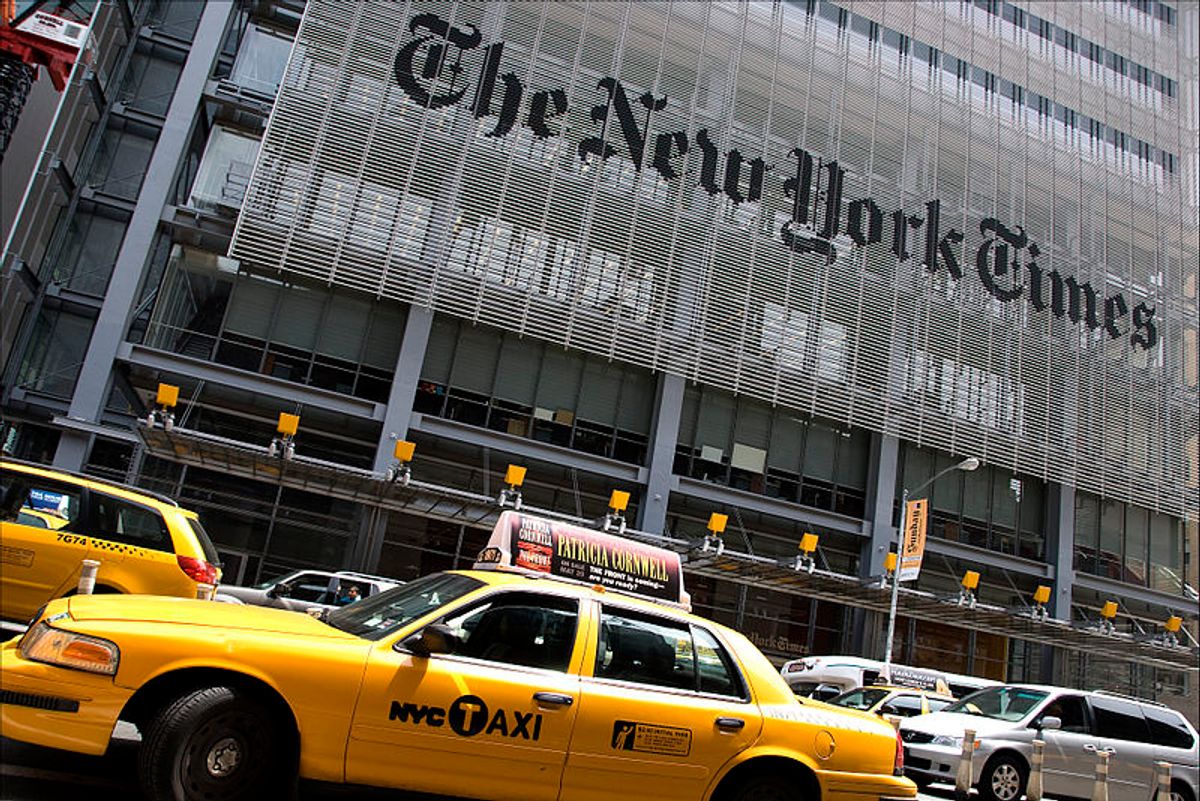 Media outlets across San Francisco are planning a major collaborative reporting effort on homelessness in the city. Let’s just hope it doesn’t look like the New York Times article announcing the effort on Monday.

The story opens by explaining how homelessness “became personal” for San Francisco Chronicle Editor in Chief Audrey Cooper three years ago. What followed was not a story of how Cooper or someone that she knew slipped into homelessness, which I almost allowed myself to expect. Rather, it was about how, one time, she encountered homeless people having sex in their tent downtown.

This isn’t the first offense from Thomas Fuller, the Times’ new San Francisco bureau chief. In April, he wrote about growing resident anger over “street behavior,” elevating smash-and-grab car break-ins to the level of an apocalyptic crime threat.

“The city, known for a political tradition of empathy for the downtrodden, is now divided over whether to respond with more muscular law enforcement or stick to its forgiving attitudes,” he wrote, in a story that not-so-subtly suggested the right answer to that question.

The story on the reporting collaboration repeatedly treats homelessness in the worst way possible: as a “problem” of visible poverty that annoys those with more wealth.

“San Francisco residents have over decades become inured to encounters with the city’s homeless population, the clumps of humanity sleeping on sidewalks under coats and makeshift blankets, or drug addicts shooting up in full view of pedestrians,” Fuller writes. “There are also the tension-filled but common scenes of mentally ill men and women stumbling down streets, arguing with imaginary enemies or harassing passers-by.”

Clumps of humanity? Tension-filled scenes? Tension-filled for whom? I certainly hope that’s precisely the sort of framing that the reporting collaborative, set to unleash wall-to-wall coverage on June 29, will upend.

Stigmatizing visible poverty entails policy solutions that make poverty invisible, like Mayor Mayor Ed Lee’s recent crackdown on homeless encampments. Where people are supposed to go isn’t clear. As of this morning, there were 815 people on the city’s shelter wait list. San Francisco, of course, is experiencing one of the country’s most dramatic housing crises. In this context, framing homelessness as primarily a problem of offending the propriety of the housed is malpractice. Generally speaking, taking the perspective of affluent New York Times’ readers as universal and normal is a bad journalistic habit best left to the Style section.