"Political populism believes that there needs [to be] some addressing climate change," Cramer said 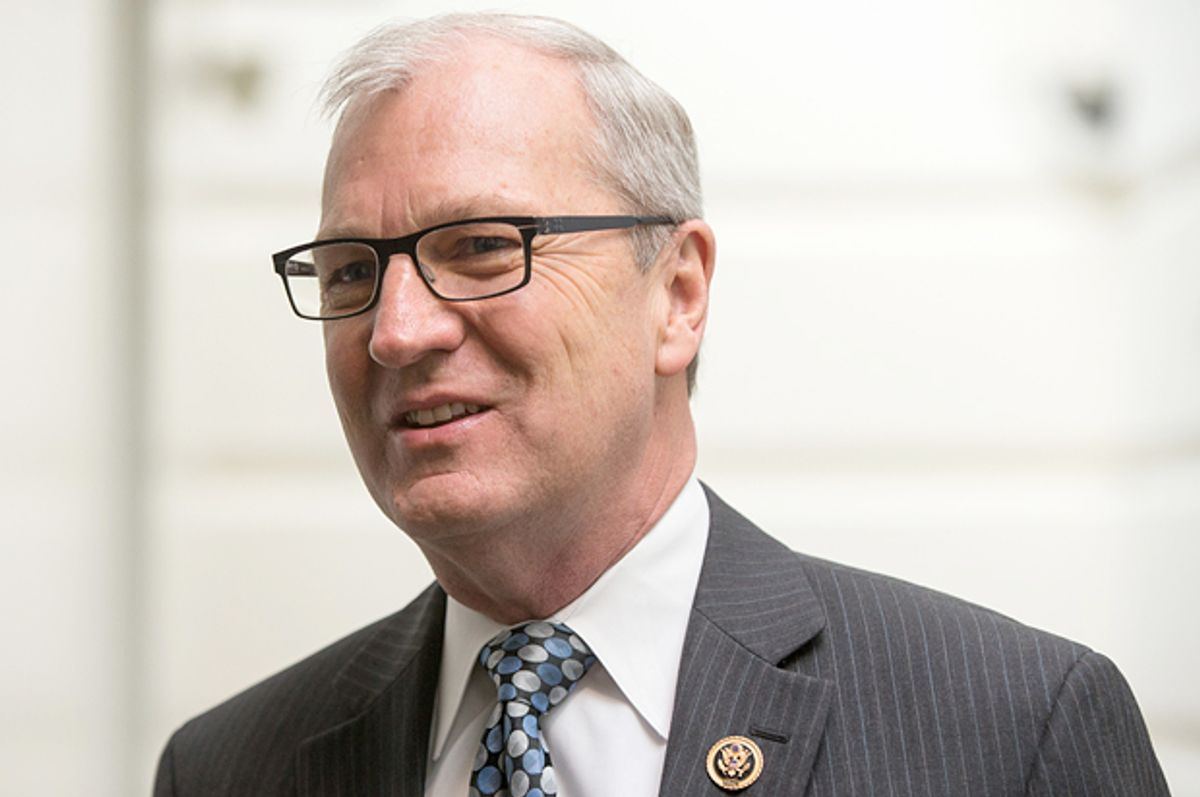 Remember when Donald Trump said that global warming was created by the Chinese to make U.S. manufacturing non-competitive? Well, now that the likely Republican nominee is grounding his beliefs by turning to one of America's most ardent drilling advocates to be his energy adviser.

Republican Rep. Kevin Cramer of North Dakota — the second biggest oil drilling state in the country — was approached by the billionaire businessman about two weeks ago, when Trump was giving a foreign policy speech in Washington, D.C., and asked to draft a white paper on energy policy, sources told E&E Climatewire.

The news comes a little after Cramer and other Trump energy advisers, met with lawmakers from western states, in the hopes Trump will expand federal land for drilling.

“It’s easy to talk about the ways the federal government has gotten in the way,” Cramer said of regulations. “But then what can we do to bring back the jobs that Hillary Clinton seems to want to get rid of in her keep-all-the-fossil-fuels-in-the-ground attitude?”

Cramer said that his  energy paper would emphasize the dangers of foreign ownership of U.S. energy assets, burdensome taxes, and over-regulation. The congressman also proposes to repeal the Obama administration's Clean Power Plan, but unlike Trump, believes there should be a replacement in the form of a small tax on carbon.

“He can do all that if he wants,” Cramer said of Trump’s climate position, according to Reuters . “But my advice would be, while I’m a skeptic, as well, he is a product of political populism, and political populism believes that there needs [to be] some addressing of climate change.”

The former utility regulator admits the world is on a clearer path in reducing greenhouse gas emissions, but says he's unsure whether the widely held belief by scientists and Democrats that the planet is warming, is credible.

Cramer is one of Trump’s earliest supporters in Congress, and appeared on a North Dakotan radio program alongside Trump last month, where he suggested that if the frontrunner became president, he should roll back a number of energy-sector regulations in his first 100 days.

“He liked that a lot,” Cramer said of Trump.

Although some of Trump’s off-color remarks have made Cramer “cringe” in the past, the businessman’s brash style has grown on the congressman, with him stating Trump is a genuine, plain-spoken candidate.